Alcohol to-go could become the norm in Colorado 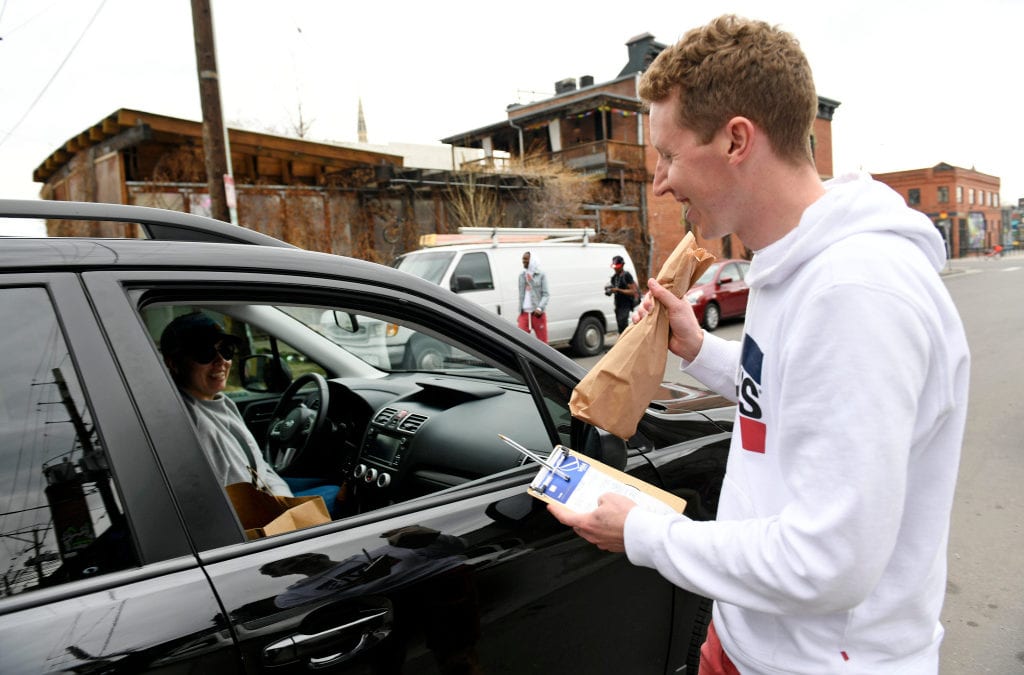 Some Colorado restaurants and bars will be able to indefinitely offer alcohol for takeout and delivery if a bipartisan bill passes in the legislature this year, although a major liquor store group is so far opposing the plan.

In March, Gov. Jared Polis signed an executive order that allowed restaurants and small businesses to do liquor to-go as a means of making up for lost indoor dining profits during the coronavirus pandemic. Lawmakers passed another bill last year to allow the practice until July 2021, but the bill hasn’t taken effect because the pandemic is ongoing and the governor’s executive order has been extended.

The new bill would remove the repeal date and add additional restrictions.

In addition to helping businesses during the pandemic, Larson said it will also help them during a time of recovery when social norms may have changed and consumer confidence for dining out still may not be as high as it was before COVID. Plus, he said, the bill aims to give restaurants certainty with their business plans.

But the Colorado Licensed Beverage Association, which represents retail liquor stores, argued there needs to be a sunset date. Executive Director Kachina Weaver said the group understands restaurants have been in a difficult situation with COVID, especially with mandated closures and restrictions. But a permanent change to liquor laws is something entirely different.

“This was a lifeline for a moment in time,” Weaver said. “It was never discussed or debated as a permanent policy.”

Liquor store sales have grown 10-20% during the pandemic, said bill sponsor Sen. Jeff Bridges, a Greenwood Village Democrat, and that was without limits on how much to-go alcohol restaurants and taverns can sell under the executive order. If the new bill passes, it’ll restrict sales to a six-pack of beer, a bottle of wine or a bottle of liquor.

The bill will also apply to distillers and craft brewers, and sponsors are looking at potentially having a volume cap so large companies that distribute won’t usurp the smaller businesses.

The experiences for the consumer are different when buying to-go alcohol — someone may want to add a cocktail to their dinner order from a restaurant one night, rather than going to a liquor store, and vice versa.

“I think the people of Colorado also appreciate this,” Bridges said. “It’s good for restaurants, no question, but it’s also really convenient.”

According to January data from the Colorado Restaurant Association, 93% of 279 restaurant operators said they were making some money from alcohol to-go sales and two out of three said extending the legislation is needed to help them survive. The association is supporting the permanent change.

Megan Abalos, manager at the Machete Tequila + Tacos at Union Station, said the ability to sell alcohol to go has increased sales at a time when the restaurant was losing profit because of the pandemic.

While those to-go sales seem to have decreased over the year — potentially because the cold weather means fewer people are out, she theorized — Abalos supports a permanent move.

“You can’t imitate our drinks at home,” she said. “We get all our ingredients from our own commissary kitchen. You can’t pick that up at a liquor store or grocery store.”

Weaver said her liquor-store trade group isn’t necessarily worried about competition, but is concerned that this will further complicate Colorado’s liquor licensing laws “without a lot of thought into it.”

Chad Michael George, president of independent restaurant network EatDenver, supports permanently extending to-go sales but hopes there will be a compromise in place so that a “bitter battle” with liquor stores doesn’t repeat itself again this year.

“The liquor store retail side of things, they’ve got some complaints that are definitely worth addressing, but at the same time, it does make sense to allow restaurants to sell alcoholic beverages to go,” he said.

For restaurants like The Patio at Sloan’s, across the street from Sloan’s Lake Park, the ability to sell alcohol to go hasn’t necessarily been a game changer like it has been for some tequila bars or taco restaurants, Assistant General Manager Paul Jimenez said. But it gives restaurants another way to connect with customers, he said, and provides them with another convenience.

Jimenez estimates that the to-go sales bring in an additional $200 to $300 a month — but these days, every penny counts, he said. The Patio at Sloan’s opened in October, and as more people learn about the alcohol to-go sales, those numbers could increase.

“We’re a new restaurant so anything we can do is as much a marketing opportunity as it is a chance for guests to experience our product,” he said.

The Colorado Retail Council, a nonprofit that lobbies for Colorado retailers, is supporting another Republican-backed bill that deals with alcohol sales. The bill would let retailers sell beer to-go through third-party services.

Colorado Retail Council President Chris Howes said the group is supporting an expansion of the Republicans’ bill that would let grocery stores sell beverages through services like Instacart.

“It’s just flexibility and convenience for the customer because everybody’s getting everything delivered,” he said.