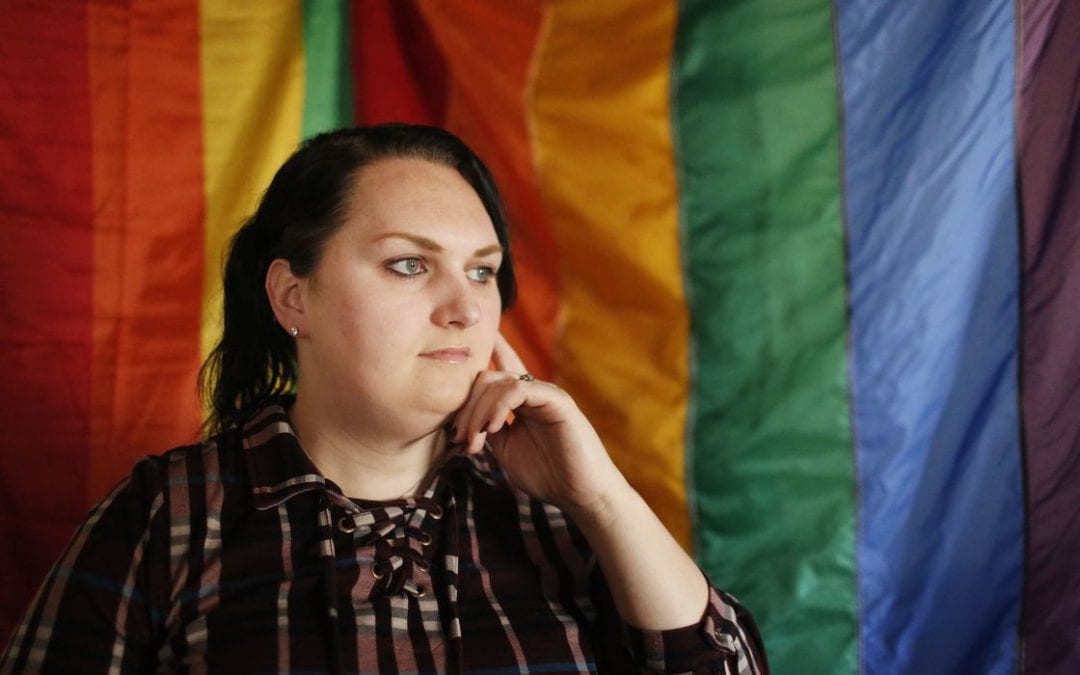 Legislators in Alabama are on the precipice of going where no state has gone in a campaign to write the rules of the road on transgender identity: banning the surgery and hormone blockers for youths.

On Thursday, state senators voted overwhelmingly, 22-3, to approve a bill introduced by Sen. Shay Shelnutt, Trussville Republican, that would make it a felony for doctors and other medical providers to prescribe hormone blockers or surgeries for minors seeking to treat gender dysphoria.

“I just don’t think, and others don’t think, that kids should be given experimental drugs or surgeries that could have irreversible consequences for the rest of their life,” Mr. Shelnutt told reporters in Alabama. “Kids are not fully developed until later in life. I think we can all agree that kids aren’t capable of making certain decisions until certain ages. And so we want to just stop these procedures from happening in Alabama.”

The bill, titled the Vulnerable Child Compassion and Protection Act, now heads to the state’s House of Representatives, which passed a similar bill this session.

Opponents say the legislation closes down a type of necessary health care for transgender children.

In a combative exchange, state Sen. Vivian Davis Figures, Mobile Democrat, pressed Mr. Shelnutt on how many children have sought gender transition surgery, suggesting the number is small. Mr. Shelnutt said he did not know the number.

“You should at least have the facts and figures to back up what you’re trying to do,” Ms. Figures said.

Mr. Shelnutt responded that one was too many, according to press reports.

Since 2016 and the days of the “bathroom bills” in North Carolina, which prompted massive protests from the NCAA, PayPal and others and cost the state an estimated $3 billion in economic activity, transgender-specific bills have been rare across the nation.

This year, a dozen bills restricting minors’ access to medical treatment for gender therapy — and criminalizing doctors who provide it — have been introduced in states such as Oklahoma, West Virginia and Ohio. The bills, introduced by Republicans, all carry vaguely similar names, such as the “Protect Minors From Mutilation and Sterilization Act” in Colorado to Kentucky’s “Act Related to Public Protection.”

But wins have been few — if invisible.

Last month, legislators in a Senate committee in South Dakota defeated House Bill 1057, “an act to prevent certain acts against children,” that would have found doctors criminally liable for administering drugs or surgeries to change a minor’s sex. The state’s conservative governor, Kristi Noem, signaled lukewarm support for the measure, referencing fears of government overreach into family issues.

“When you take public policy and try to fill parenting gaps with more government, you have to be very careful about the precedent you’re setting,” Ms. Noem told reporters.

The campaign to ban sex-reassignment procedures for minors has paled in comparison with work by LGBTQ advocates to pass bills in cities such as Duluth, Minnesota, and states including Virginia banning “conversion therapy” designed to change a person’s sexuality or gender identification. Such bans suggest that momentum rests with those who would normalize transgender identity in the broader culture.

But some cultural conservatives hope Alabama’s bill — Gov. Kay Ivey, a Republican, has not revealed whether she would sign it — will signal a win their side hasn’t seen since public outcry over the Obama administration sent a notice to public school administrators encouraging bathroom policy be based on a student’s gender preference.

“Success on major non-discrimination legislation seems likely, but so does a resurgence of anti-transgender legislation, this time targeting trans student athletes and attempting to deny transgender children best-practice medical care,” the Human Rights Campaign said in its State Equality Index.

Critics say such procedures — including hormone blockers and surgeries — are rare in minors and preventing access to needed health care can endanger children and lead to depression or suicide.

A study from the American Academy of Pediatrics shows that more than half of transgender male teens attempted suicide in their lifetime.

Many states, including California, bar transgender people from strictures on access to medical care, says the American Medical Association. Such barriers, they say, can lead to health complications.

But the Alabama bill has galvanized those who say a public stricture on such procedures on minors would prevent children from making irreversible alterations to their bodies.

Upon introduction of a similar measure in the Alabama House, Rep. Wes Allen, Troy Republican, said hormone blockers have never been approved by the Food and Drug Administration for use on children to treat gender dysphoria.

“I was shocked when I found out doctors in Alabama were prescribing these types of drugs to children,” Mr. Allen said in a statement. “This is something you hear about happening in California or New York but it is happening right here in Alabama and it’s time we put a stop to that practice.”

Legislators in Alabama also are debating whether to ban some transgender athletes from participating in high school sports, creating something of a double-whammy for the state’s LGBTQ community.

Mobile Rainbow issued a statement Thursday saying staff were “saddened and disappointed that here in Alabama legislators have chosen to get on the current national bandwagon of denial of science toward one of the most marginalized communities in our nation and state, transgender youth.”