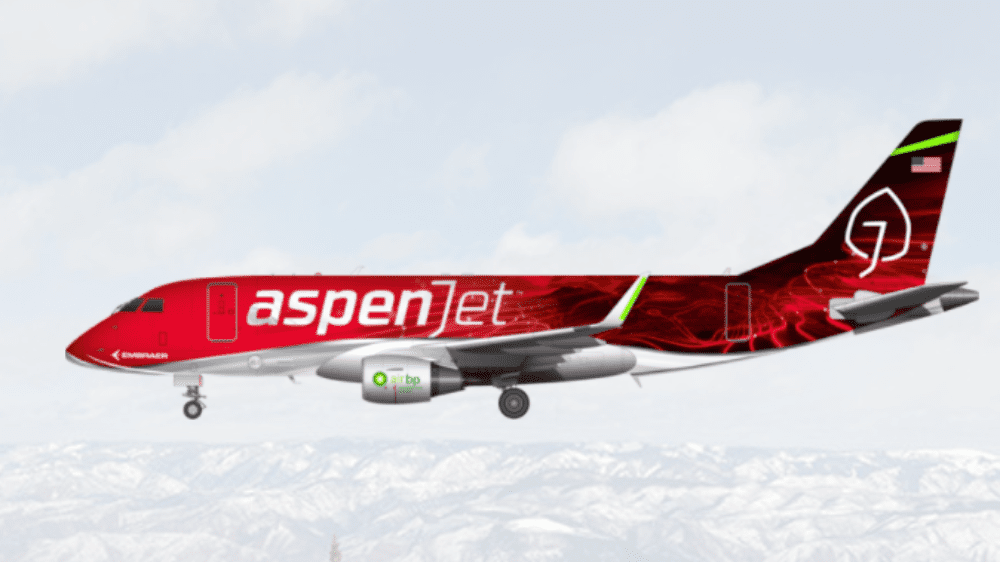 It takes a courageous kind of guy to start up an airline these days, but Colorado-based Patrick Dial is up for it. The businessman launched AspenJet last week, an airline that’s positioning itself as a hybrid between commercial and private jets. As Mr Dial puts it, “think carpool for the jet set.”

AspenJet won’t be flying its own planes, Rather, all flights will be operated by properly licensed designated air carriers.

The airport at Aspen, formally known as Aspen/Pitkin County Airport, is well known for its operational limitations. In addition to curfews, aircraft gross landing weight cannot exceed 45,000 kilograms, and aircraft wingspan is restricted to 29 meters.

That won’t be a problem for AspenJet. The airline plans to use lightly loaded Embraer ERJ-175 aircraft that will get retrofitted into a 30 seat configuration. Importantly, every plane will include a SkyKennel, because as everyone knows, puppies like to ski too. For two-legged passengers, there will be a SkyLounge on each aircraft that promise to channel the glory days of flying.

“It’s more about enjoying an elevated travel experience that begins the minute you hand the valet your keys, bypass TSA lines and quickly get on-board a private jet, not after the tiring beat-down you experience in getting to your destination,” said Mr Dial in a statement.

“Having been a frequent visitor to Aspen since the mid-1970s, living here full-time now and having followed the airport Visioning Process quite intently, I believe we’ve identified the perfect solution at just the right time.”

Carpooling for the jet set and their pets

Mr Dial doesn’t pretend AspenJet will offer the best value fares into the resort town. He says it’s not always about saving money. Instead, it’s about making travel easier and more experiential – bypassing the queues, hanging around the bar mid-flight, and traveling with friends. While it’s hard to put a tangible value on what that kind of thing is worth, it’s worth something.

AspenJet won’t be operating scheduled flights. The airline will operate as a charter service. But whereas the idea of chartering a plane may be intimidating for many, AspenJet wants to make the process more user friendly.

A business model that’s getting traction around the world

Likening the proposed airline to a carpool service is clever. Carpooling is all about splitting the cost, convenience, and sharing space. If AspenJet can get future passengers to associate those attributes with them, then AspenJet may be on to a good thing.

It’s a model that is slowly getting traction around the world. Private jet charters have traditionally been for the sole use of the charterer. But entrepreneurial businesspeople are springing up all over the place, offering private jet use using the carpool model.

They argue the costs usually are comparable with flying first class. Mr Dial’s use of 30 seat Embraer’s may drive that cost down further. And, let’s face it, while the Embraer isn’t the biggest aircraft in the world, it’s undoubtedly roomier than your average Gulfstream or Citation jet. One of the most practical arguments against private jet travel is the lack of space. It is usually no more comfortable, often even less so, than first class travel. You are paying for the convenience.

By using bigger planes than the private jet norm, AspenJet may overcome this issue, all while maintaining the convenience factor. And don’t forget the all-important glitz factor. Despite the current environment, AspenJet may be ticking enough of the boxes to see it soar.