Ahead of Red Rocks opening, here’s what to know about the 2021 season | OutThere Colorado 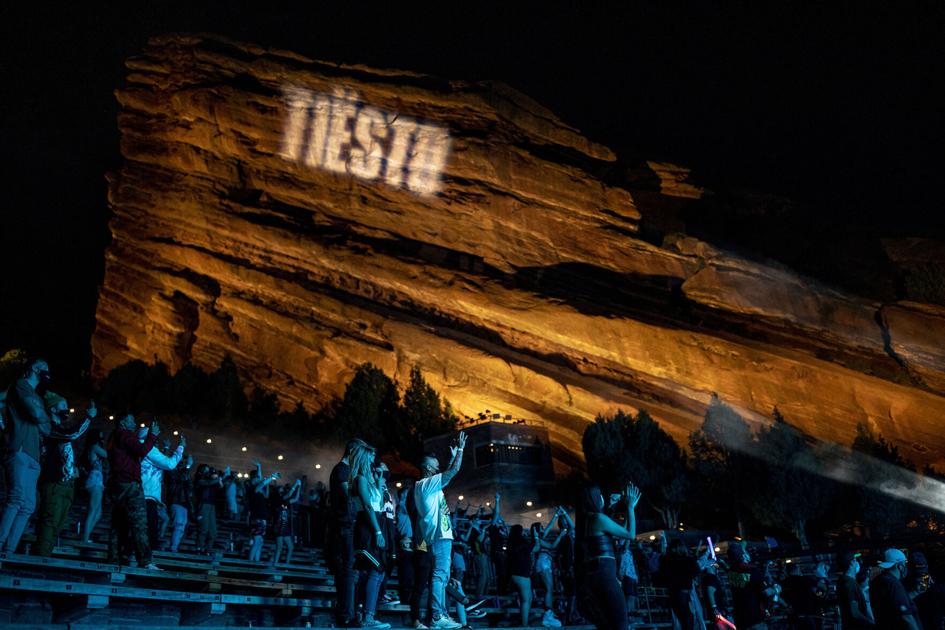 There’s a packed lineup of upcoming events, including concerts, movies and yoga sessions, that might make you forget, for a second, that 2020 happened.

There’s also evidence of the pandemic’s effects: a long list of canceled and rescheduled concerts. In total, 91 events from last year were impacted.

The shuffling of concert dates and changing COVID-19 restrictions have been a lot to keep track of for fans of the iconic venue in Morrison as well as its staff.

It’s setting up the 2021 season — and the venue’s 80th overall season — to be different from ever before.

Concerts start Friday at a reduced capacity of 2,500 people. Seating will be set up in a quadrant system, and social distancing will be enforced. Patrons will sit every other row and be required to sit in their designated section in case contract tracing is necessary.

Still, there will be music on stage.

“I think we will collectively be more appreciative to be able to do things like this. It’s not something we’ll take for granted after having to sit out for a year.”

After a standstill year when it comes to live music, it’s a triumph to have concerts at all. It’s also a reminder of what we’ve been through.

“The creeping uncertainty has been the worst part,” Kitts said.

“Last March, we didn’t know if this was going to last a month or forever. For any industry or for any human, that’s devastating.”

It’s been devastating for the bottom line. Kitts previously estimated that Red Rocks lost at least $50 million in 2020.

“It’s like there’s something stalking you and you don’t know what it is,” Kitts said. “It’s hard to do business that way.”

But, as he said, that’s part of the job. The Red Rocks team has managed to keep plenty of concerts on the schedule and book big shows that have yet to be announced.

“It’s a weird combination of frustration and hope,” Kitts said. “As soon as you get one plan in place, the regulation changes. So you’re frustrated by that, but you feel hopeful because concerts are happening.”

That combination has been felt all around.

People might be holding onto tickets for a show that won’t happen until 2022. People might not be able to snag tickets for a 2021 show, as many limited-capacity shows have quickly sold out or are nearly sold out. Plus, prices are spiking even more than before because of demand. For example, tickets started at $59.95 for The Avett Brothers concert and now are going for as much as $800 on the Red Rocks website.

So, if you’re looking to see a show this year at Red Rocks, Kitts suggests buying tickets sooner rather than later.

It will help when the venue can be at full capacity again, which could happen within the next couple of months, he said.

And there will be more chances to buy tickets as Red Rocks announces some “big shows” for late summer and fall.

There are plenty of good concerts on the books.

Kitts points to shows featuring Diplo and Dermot Kennedy, which he suspects will be “one of the hottest shows of the year.”

“The reality is there’s nothing at Red Rocks that’s not going to be worthwhile,” he said. “It’s going to be so nice to have that back.”