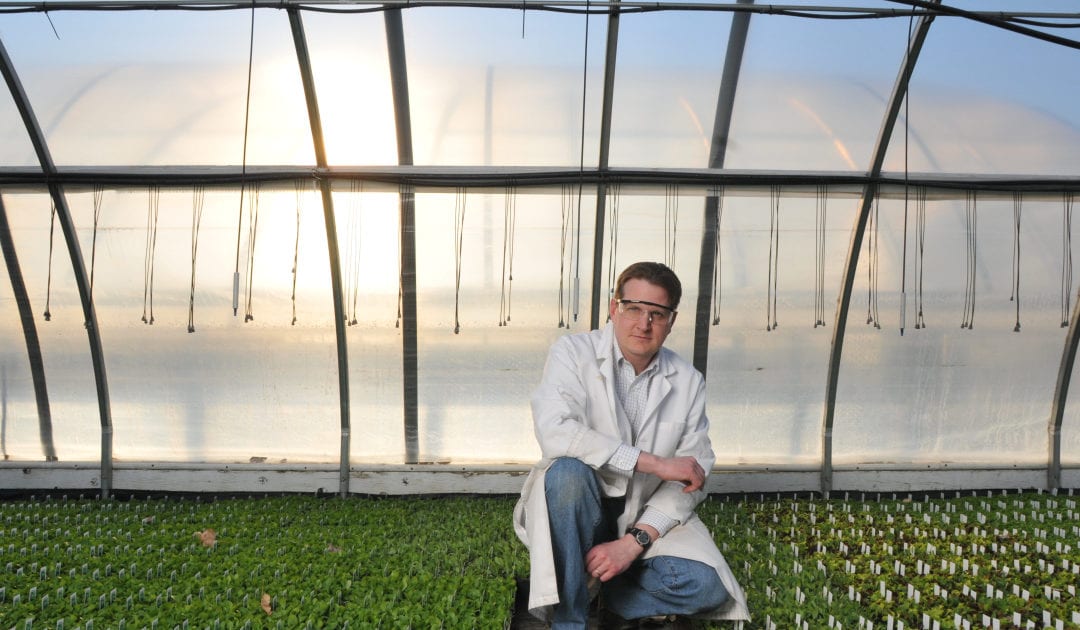 Lettuce and other produce could soak up dangerous concentrations of the banned firefighting chemical PFAS tainting agricultural irrigation, even in areas where drinking water is already filtered for the substance, according to a new modeling study led by the Colorado School of Mines.

The study proves the possibility, but does not claim real-world tests on Colorado vegetables have found the chemical.

Nevertheless, state water quality officials and outside experts said the results are a valuable warning flag and they will incorporate the possibility into ongoing PFAS testing that has vastly expanded in recent years. The researchers say communities need to test and track agricultural water just as many are now tracking drinking water.

“Our No. 1 priority is to find where that chain of exposure may exist and how to break it,” said John Putnam, environmental programs director for the Colorado Department of Public Health and Environment. “This study filled in a hole of knowledge.”

National and local experts said they do not want to see the study used to scare consumers about fresh vegetables — eating more farm produce and less highly processed, packaged food is still one of the most important steps consumers can take to improve their health. But they do want the warning to inform expanded state and local testing of water supplies in order to pinpoint the source of the pollution and clean it up.

They also say the concerns about irrigation water are a new way to remind consumers of all the places they may be exposed to PFAS, from nonstick coatings on cooking pans to waterproofed clothing to fast food packaging.

“There is some level of choice people can make to reduce exposure,” including filtering their water and avoiding processed food packaging, said Sydney Evan, an environmental science analyst with the Environmental Working Group, a research, consumer action and civic policy advocate based in Washington, D.C. “But they don’t have control. It’s not something they can face alone, it’s going to take broader change.”

PFAS are a family of chemicals used as lubricants and nonstick coatings in firefighting foam, Teflon coatings, food wrapping and dozens more uses. The per- and polyfluoroalkyl chemicals have been found at manufacturing sites and downstream from airports with major fire operations, military bases, refiners and more. In Colorado, ongoing testing looks for PFAS in surface water or underground plumes in Fountain, along Sand Creek at the South Platte River in Denver, around the Suncor refinery and more.

The EPA has warned the chemicals produce tumors and organ damage in laboratory animals, and are suspected as similar dangers to humans. Establishing safe levels for PFAS in human consumption remains highly controversial. Some scientists and environmentalists dub them “forever chemicals” for their staying power in the environment.

Efforts to control PFAS surged beginning in 2016 when three El Paso County communities — Security, Fountain and Widefield — found their drinking water had been contaminated for years as an aquifer took in firefighting chemicals running off Peterson Air Force Base.

Putnam said Colorado and other regulators have now tested groundwater, surface water and filtered drinking water throughout the state and have never seen high PFAS levels in irrigation water. But, he added, testing has not yet focused closely on agriculture. “This will cause us to look out for making sure we test for irrigation water where we do have areas of contamination identified,” he said.

Water consumers with wells can get samples tested for PFAS through the state toxicologist, Putnam said.

The state has worked with the EPA in the past year to sample half the municipal water systems in Colorado, covering 75% of residents, Putnam said. Where PFAS are found, further testing is done to isolate the source. Any consumers are switched to a clean water supply, and municipal systems can be retrofitted to filter out PFAS to acceptable levels.

Testing by the state and other entities has reached water supplying 90% of residents, Putnam said.

“It’s an emerging contaminant we are learning about every day,” he said. “Every bit of information helps us do a better job protecting the public.”

PFAS have been discovered in the food chain in other states, including in milk from dairy farms in New York and Pennsylvania. Some of the contamination was traced back to firefighting foam that tainted well water.

In Maine, tainted milk was traced back to a farm that used “biosolids,” or leftovers from wastewater treatment plants that are often spread to fertilize farm fields. Dangerous chemicals entering and reentering the food chain through such means are particularly worrisome to environmental groups, Evans said.

While consumers should not stop eating fresh produce, or worry about controlling every possible source of PFAS in their life, they should know that the chemical family is only one of many approved for use in American industry and agriculture whose human impacts have never been studied enough, said David Andrews, a senior scientist with Environmental Working Group.

“There’s only so much you can do while you’re at the grocery store,” Andrews said. “But you have to think more broadly about the lack of oversight of industrial chemical use at the state and federal level. Why are these things found in drinking water and nearly everyone’s blood in the country?”

Worried about PFAS?
State officials say water consumers with wells who are concerned about PFAS chemicals can contact the state lab for possible testing: TOXCALL, 303-692-2606 or cdphe_toxcall@state.co.us