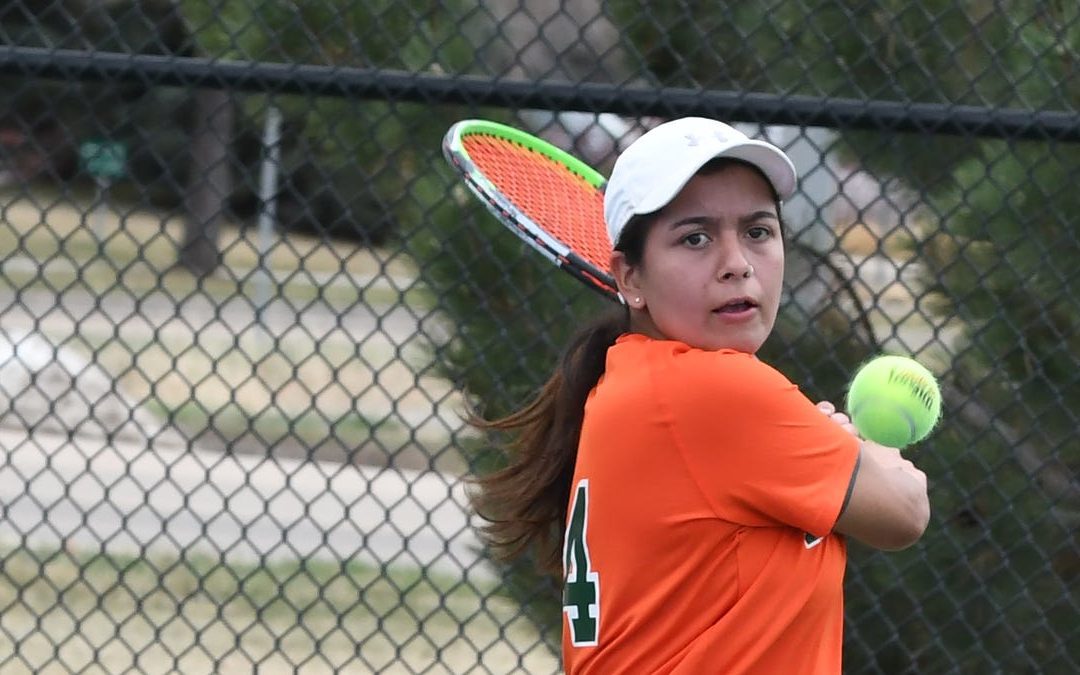 After multiple starts and stops over the past two months, the Colorado State women’s tennis team hopes to finally play its first Mountain West matches of the season this weekend.

The Rams (1-3) lost seven of their 12 scheduled matches so far to cancellations related to COVID-19 cases and quarantines within their program, plus an eighth to a weather-related flight delay.

CSU has played just once since Feb. 20, losing 6-1 on March 16 at Grand Canyon University in Phoenix.

The Rams had three matches prior to that and four since canceled because of positive COVID-19 cases and quarantines. An earlier match on the Phoenix trip, scheduled for March 15 against New Mexico State, was canceled when the Rams’ flight was delayed by a snowstorm that grounded all flights in and out of Denver International Airport.

“They’re ready to play,” coach Jarod Camerota said. “They want to play really, really badly. I don’t think there’ll be a problem with effort and energy.”

CSU has four matches remaining in its regular season following this weekend: at home April 17-18 against San Diego State and UNLV and at Utah State on April 24-25 against the host Aggies and Boise State.

The Mountain West is not rescheduling the matches CSU missed or holding a postseason tournament in tennis and several other spring sports this year because of concerns about the spread of the virus that causes COVID-19. No CSU players are ranked high enough to be considered for berths in the 2021 NCAA Tournament.

With just seven players on the roster this season — an eighth stayed home in her native New Zealand for the 2020-21 school year — the Rams are operating with the minimum number of players necessary to fill the four singles and three doubles positions required for NCAA team competition. So, a single COVID-19 case within the program, requiring a minimum 10-day break from competition, or the 14-day layoff the MW requires for those identified as close contacts of a positive case, sidelines the entire team.

The MW’s announcement that the Rams’ matches the past two weekends were being canceled cited a “positive COVID-19 test within the Colorado State women’s tennis program.” Other cancellations, Camerota said, have been the result of contact-tracing quarantines.

“It’s been pretty frustrating,” No. 4 singles player Alyssa Grijalva said Thursday. “It’s just that we would be ready to go and play, and then something would happen. It was really difficult trying to stay positive with playing and then going into match mode.

CSU is testing all students who have been on campus this spring weekly for COVID-19, including the tennis players. Some of the quarantines required through contact tracing have come from contacts outside the tennis program and some have come from within, Camerota said.

“With such a small program, everyone’s just around each other a lot in general,” he said. “I have to give my team credit. They’ve been pretty good about taking precautions, limiting their contact with others and following the protocols. They’ve been good stewards of the program in the community. It’s not like they’ve been out doing what they want, they’ve been very disciplined.

“It’s just been some bad luck with a couple of contact traces.”

Despite the starts and stops this spring, Camerota and the CSU players realize how fortunate they are to be playing at all during a pandemic that has killed more than half a million Americans.

Grijalva, 22, certainly has a newfound appreciation after graduating last May and working at a local restaurant and doughnut shop over the summer and fall. She jumped at the opportunity to rejoin the team in January as a graduate student after realizing how important the game was to her.

Grijalva and her teammates are at the point now where they view every match they get to play as a bonus. They still want to win, she said. But they’re not going to sulk for long about mistakes they make or matches they lose.

“We can’t do anything about the matches we didn’t get to play at this point, so we just want to enjoy the last few weeks we have.”

Contact Coloradoan reporter Kelly Lyell at kellylyell@coloradoan.com, follow him on Twitter @KellyLyell and find him on Facebook at www.facebook.com/KellyLyell.news. Support his work and that of other Coloradoan journalists by purchasing a digital subscription today.