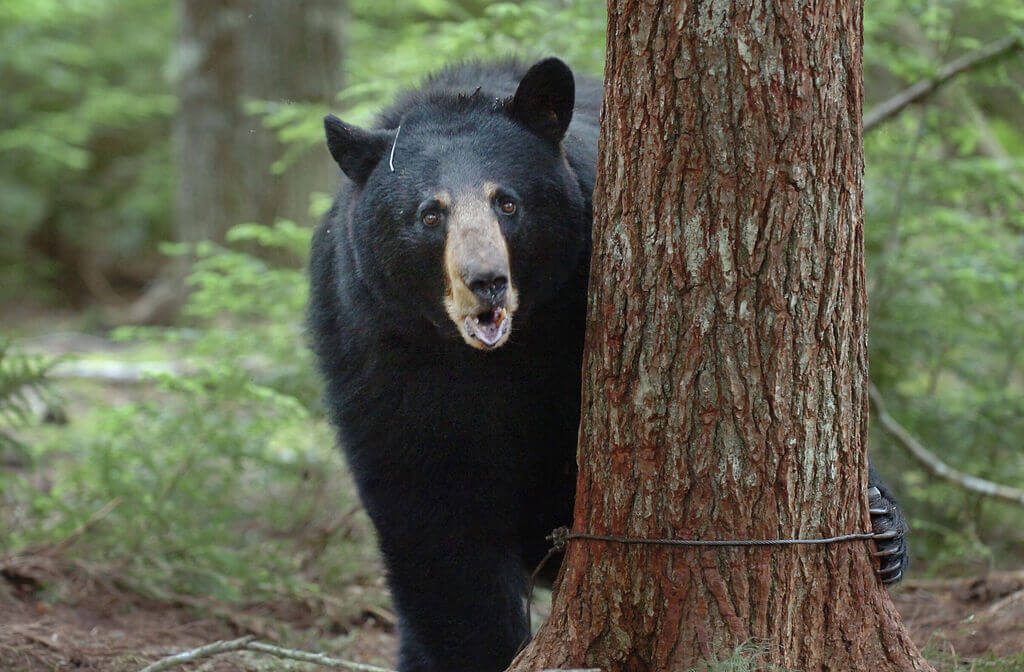 A Colorado woman was apparently killed and eaten by two black bears last week, and while Maine’s bear biologist outlined some safety measures that people should consider, she also said that human-bear interactions are extremely rare in the Pine Tree State. In fact, there has never been a fatal black bear attack here in Maine.

“In the last 25 years, we have documented one human injury from an encounter with a black bear. This incident involved a teen that was attempting to photograph a female bear with cubs at his backyard bird feeder where she charged him after his dog barked,” said Jennifer Vashon, the Maine Department of Inland Fisheries and Wildlife’s bear biologist. “He received superficial scratches.”

During the 1980s and 90s, Vashon said there were six other bear-human incidents in which seven people were injured.

“Three incidents involved bear hunters that were injured while hunting black bears, one incident involved a hiker that was hiking alone when he was chased by a bear and bitten, another involved a camper who was bitten in the knee while in his tent, and the final involved a fisherman,” Vashon said. “Based on available reports, two of the incidents, both involving hunters, required hospital visits to treat punctures and lacerations.”

With that said, black bears are large, powerful animals, and Vashon said people should be cautious if they encounter bears in the wild. The DIF&W has a bear brochure available online that offers specific guidance to a variety of situations people could find themselves in.

“Based on past bear attacks elsewhere, we have learned that attacks are more likely to occur if you are hiking alone or walking with a dog,” Vashon said. “Therefore bear managers across the country recommend that you: hike in groups, stay together, and keep dogs at home or on a leash.”

And if you do end up encountering a bear while walking or hiking, Vashon suggests the following approach:

— Do not approach the bear.

— Stay together, and quietly back away from the bear.

— If the bear follows you, continue to back away, but try to intimidate the animal by making yourself look larger by waving your arms in the air, and shouting, “Hey Bear!” as you back away.

— If the bear charges you, stand your ground.

“Although the possibility of encountering a more aggressive bear is extremely rare, when it has occurred people have been successful when fighting back with whatever means are close at hand,” Vashon said. “It is also a good idea to carry bear pepper spray and consider hiking with a walking stick as both provide ready access to a means of defending yourself in the rare event that you need to.”

Bear spray is much stronger than the pepper spray people use for self-defense.

Vashon said people should also be bear-aware in their own backyards, and make every possible effort to remove items that might lure bears close to homes .

“To prevent conflicts with bears and make your yard less attractive to bears, store garbage cans, grills, bird feeders, pet and livestock feed inside a secure building during the spring and summer months when bears are most active,” Vashon said. “Since most bear conflicts involve garbage and bird feeders, by taking a few simple steps, you can protect your property from damage, reduce encounters between bears and people, and protect both bears and people.”

More articles from the BDN