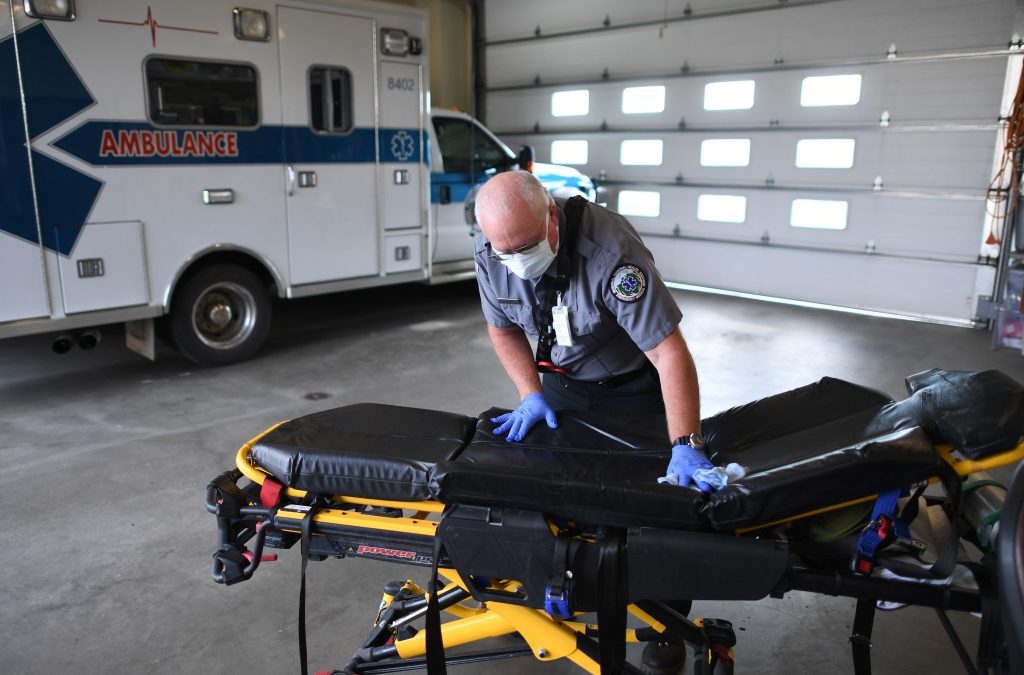 The second-largest county in Colorado has no sustainable funding plan for emergency medical services following Tuesday’s sound defeat of a pair of ballot measures that would’ve funded ambulance crews into the future.

Even now, when people in Moffat County on the state’s northwestern corner — especially those who live in the most remote areas — call for an ambulance, there may be no one available to take the call, or the response time may be dangerously slow, officials say. That’s a trend across other rural parts of Colorado and the country.

And it could very possibly get even more dire.

“The reality is this is a service that’s taken for granted, and I don’t know how to make that a reality for people without it becoming a reality where people suffer life-changing consequences,” said Jennifer Riley, interim CEO of Memorial Regional Health in Craig, Moffat’s population center.

Ballot returns as of noon Wednesday showed voters in Moffat, almost the size of Connecticut and home to about 13,000 people, swung two-to-one against a ballot proposal to tax the average homeowner about $35 more a year to fund EMS services. About 58% of voters rejected a related proposal to restructure emergency services in such a way that it would’ve been funded as its own district, similar to the setup for many fire departments.

That means the county continues operating a thin, patchwork EMS service. A crew operates out of the hospital in Craig, but members of that crew say they are frequently overwhelmed and sometimes unable to get to callers quickly.

About 30 miles west, the community of Maybell has a volunteer-only crew that is not always available. Even farther west, around Dinosaur, residents have to rely on ambulances from Utah that take some time to arrive, if they’re available at all.

“We’ve failed Dinosaur,” Melissa Doubrava, an organizer for the unsuccessful campaign to create new EMS funding, told The Denver Post late Tuesday. “When someone is in an emergency, they rely on an ambulance from Utah. They live every day knowing emergency medical attention is a 45 minute call away — and that’s if Utah has the capacity to respond. This should not be the reality for our neighbors. We can do this better.”

The hospital takes a roughly $600,000 loss annually on EMS and its leaders say that can’t continue. For now, they say they’ll continue taking that loss and try again at the ballot next year. They don’t want to entertain the thought of shutting down the county’s main EMS crew — yet.

“I’m reluctant to put a drop-dead date, but maybe there’s a time when we need to do that,” hospital board chair Kelly Hepworth said.

Health care leaders in the county know a ballot package next year concerning emergency services would face an uphill battle in this conservative, tax-averse county, as this year’s version did. But if people aren’t willing to pay for it now, they risk paying for it in other ways down the road, Riley said.