After 50 years in Colorado Springs, this German eatery has become a staple 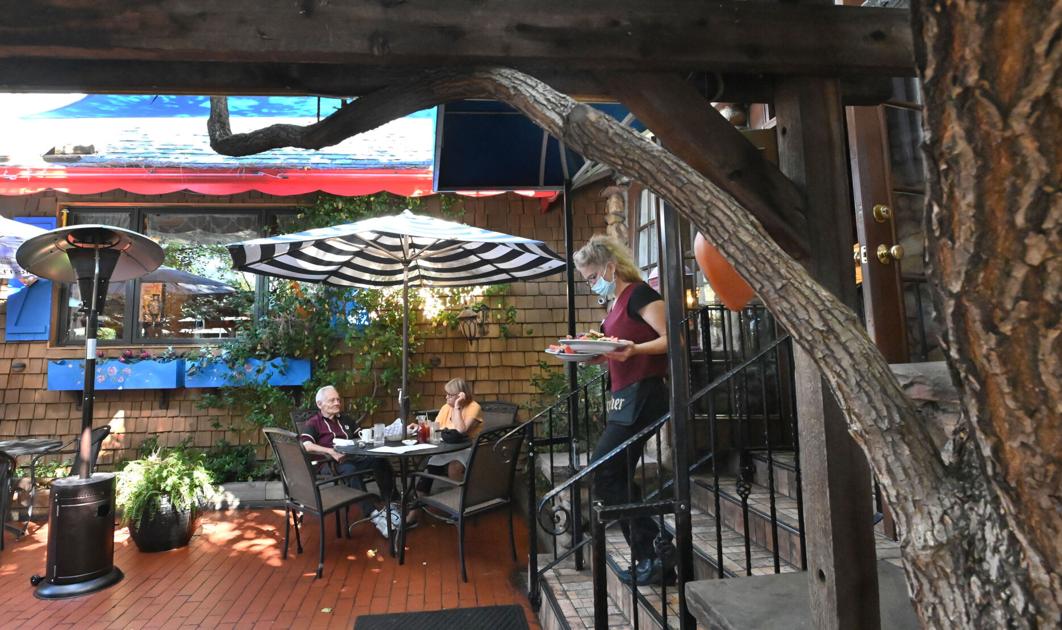 If it wanted to, this German eatery on the south side of Colorado Springs could boast its popularity like a McDonald’s does. Edelweiss restaurant’s roadside marquee could rightly proclaim, “Over 1 million people served!”

Instead, that number appears in small font on the restaurant’s website. Up higher on the page is this warning in all-caps: “Reservations are highly recommended.”

It’s hard to pinpoint, for its longtime owners, why so many people have come to love the family-owned joint known for authentic German food, liters of beer and eclectic European decorations. Nothing about German recipes, drinks or trinkets are extravagant, says owner Dieter Schnakenberg, whose parents, Helga and Gary, have run the restaurant since the 1980s. When they took over the restaurant and bought the building, the family lived in the house next door so that Helga and Gary could walk over to help whenever needed. Whenever the younger Schnakenberg was hungry, he’d walk over for meals. He started working there at the age of 7 and never stopped.

Back then, to have 20 cars in the parking lot was a big deal.

How do you explain that now the restaurant is constantly buzzing with people talking and phones ringing for reservations?

Over the past 15 years, Edelweiss has expanded its space and remodeled several times to keep up with demand. Twice the owners bought and knocked down adjacent houses, including the family’s old home, to make room for more parking. Other additions include a huge outdoor biergarten, a party room that fits more than 100 people, a bigger kitchen and bakery, as well as a basement dining area that has a cozy, dungeon vibe. The underground area comes with its own bar.

You could attribute the hard-earned growth to lots of things, Schnakenberg said.

“I think we’re different,” he said. “We’re not another chain restaurant. We have different food and beer and desserts and atmosphere. It’s something you can’t find anywhere else. It’s an experience.”

Or, he says, it could be the bear video.

He’s talking about July 2013, when a bear was caught on video walking away with one of the restaurant’s dumpsters as if he’s pushing a shopping cart. Staffers shared the footage on YouTube, which caught the attention of Jay Leno, the “Today” show and national news outlets. The original video has 700,000 views. “It was great publicity,” Schnakenberg said. “That’s what put us on the map.”

He said the restaurant got an uptick in business in the months and years following that viral moment.

No matter what brings customers in, they’ll immediately feel like they’re walking into another world. Upon entering the stone building, you’ll hear an upbeat German song, the type played at beer festivals, on the speakers. Or it could be a Polka or waltz. An iPod holds hundreds of options that Schnakenberg converted from CDs sent from German cousins.

Throughout the restaurant, you’ll see trays of ornate pastries and cakes, postcards sent from all over Europe and dozens of beer mugs gifted from customers. Other decorations include alpine horns, Pauliner flags, stained glass windows and stuffed deer heads. On the idyllic patio, heaters are ready for when it gets cold. Inside, fireplaces do the trick.

Eidelweiss has come a long way since Helga worked as a waitress in the ‘60s. The German native came to America as a military wife. When the marriage didn’t work out, she told those close to her that she’d only ever marry again for money. Then she met Gary, who flipped burgers for a living. After a few years of dating, she finally agreed to marry him.

They came up with a plan to make a better living. They returned to that little German restaurant in Colorado where Helga waitressed and bought it.

Both are in their 70s now and still working daily at the restaurant. They were getting more comfortable with the idea of retiring before the coronavirus pandemic shut them down. The restaurant lost an estimated $200,000 during those months.

“All of us worked harder than ever and were more stressed out than ever,” Schnakenberg said. “And we were losing money left and right.”

Still, he’s thankful Edelweiss has the strong following to make it through something like that. And that the restaurant will live on.

He plans to stay in the family business after his parents slow down.

“I watched them put their lives into this,” Schnakenberg said. “It felt like it would be stupid not to go into it.”