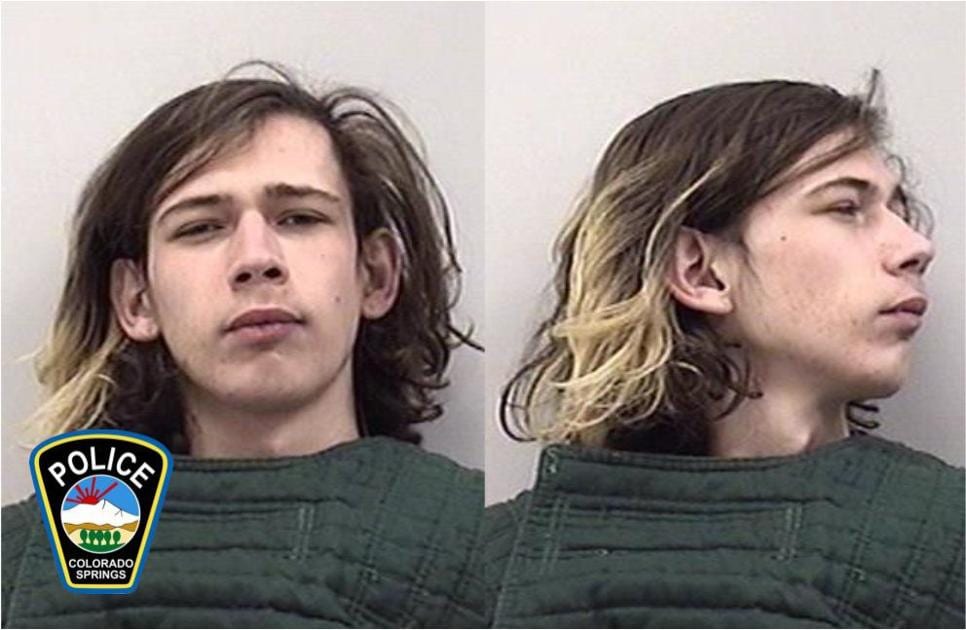 A 16-year-old allegedly fatally stabbed his mother in their home in Banning Lewis Ranch after she walked in and saw him hurting himself, according to an arrest affidavit released Tuesday.

Police found Bridget Kenner, 44, dead on April 28 inside the home in the 8000 block of Fallgold Court during a welfare check, documents show, after a man reported Kenner had not reported to St. Francis Hospital, where she worked. Kenner’s boyfriend had also called after he tried banging on the front door of her home, and no one answered.

There was a large amount of blood on the carpet in the master bedroom and a large dresser appeared to have been ransacked, documents stated. In the laundry room, towels and clothes were stained with blood; a kitchen knife, with dried, smeared blood on its blade, was found on the kitchen island.

Shortly after, police found Kenner’s 16-year-old son, Emma “Kenny” Kenner and his partner, Cohen “Vinn” Heath, 19, at a 7-Eleven about a mile away. Both were arrested on suspicion of first-degree murder, authorities said.

The arrest affidavit provides the following on the killing:

Heath, who is in a relationship with Kenny Kenner, said she woke up to Bridget Kenner screaming and pleading with Kenny not to hurt or kill her.

She said she hid in the basement until Kenny came downstairs and told her that his mother had seen him cutting himself. In an interview with police, Heath said Kenny Kenner told her that he and his mother been arguing and then he stabbed her.

Heath said she heard Bridget Kenner “breathing deeply” and went upstairs. She saw her lying naked on the floor and put her hand on her chest to see if she was breathing, Heath said.

Heath said her partner wiped down doorknobs but “gave up.” About four hours later, they heard banging on the front door and escaped through the back door of the house, hopped a neighbor’s fence and started walking to 7-Eleven.

There, Heath said she tried to buy a prepaid credit card to get an Uber ride downtown where it would “be an easier place to be homeless than the ‘boujee’ area they were in” and that she had plans to leave the city, possibly to Texas.

Kenny Kenner, who has a history of self-harm, had several wounds to his left hand and forearm. He also had scratches on his right hand that did not match the other wounds, documents stated.

In an interview with police, Kenny said he knew his mother had been stabbed.

Records show that Heath admitted to mutilating her mother’s cat in September after she contemplated killing a friend. A judge placed a $1,000 bond and she was released Sept. 13. Records show that she did not show to his Feb. 18 hearing and bond was revoked.