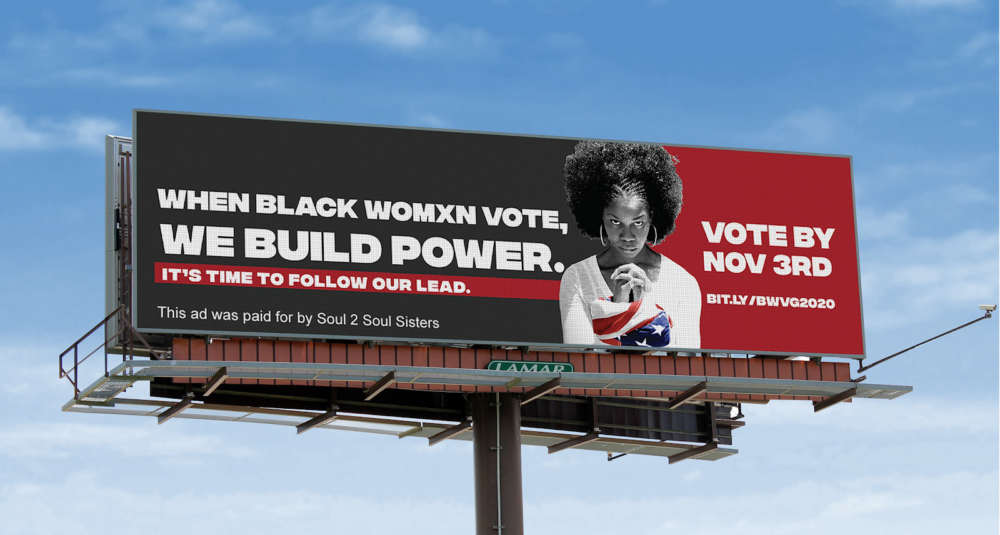 A racial justice advocacy group in Colorado has released a Black women-centered voter guide that gives information and voting guidance on candidates and issues on the state’s 2020 ballot.

Released by the faith-based, Black women-led group Soul 2 Soul Sisters, the guide details how certain candidates and ballot measures could impact the lives of Black women.

For example, the guide urges a “No” vote on Proposition 115, a measure to ban abortion after 22 weeks, saying that “Black Womxn are empowered, refusing to allow anyone to steal our right to make decisions about our body, our family, and our future.”

Regarding Proposition 118, a proposal for a paid family and medical leave program, it states that “this issue most acutely impacts low-income families and communities of color, who often need the benefit most.”

The guide also addresses potential questions about how to vote by mail or in-person, how to register to vote, and what to do if you’ve recently moved or don’t have an ID.

The guide comes in the wake of a massive wave of racial justice activism that has swept the nation in recent months and renewed pressure on elected officials to address systemic racism.

“For over a decade, Black Womxn have been the largest and most reliable voting bloc for progressive initiatives and candidates throughout the country,” said Riley-Duval. “This campaign is about unapologetically placing Black Womxn at the center of this year’s election as Black voters continue to build a liberative and just society for all. The 2020 Election is the most critical election of our lifetime – the decisions voters make in November will reverberate for generations to come, it’s time for others to follow our lead.”

The ballot guide is part of Soul 2 Soul Sisters’ Let My People Vote campaign, which was launched this week in partnership with New Era Colorado, a youth civic engagement organization.

The campaign is a “non-partisan, voter engagement program centered on enfranchising all voting-age Black people and cultivating robust and sustained Black political participation in Colorado,” according to a press release.

The organizations also placed a billboard on the corner of Parker Rd & Iliff Ave.