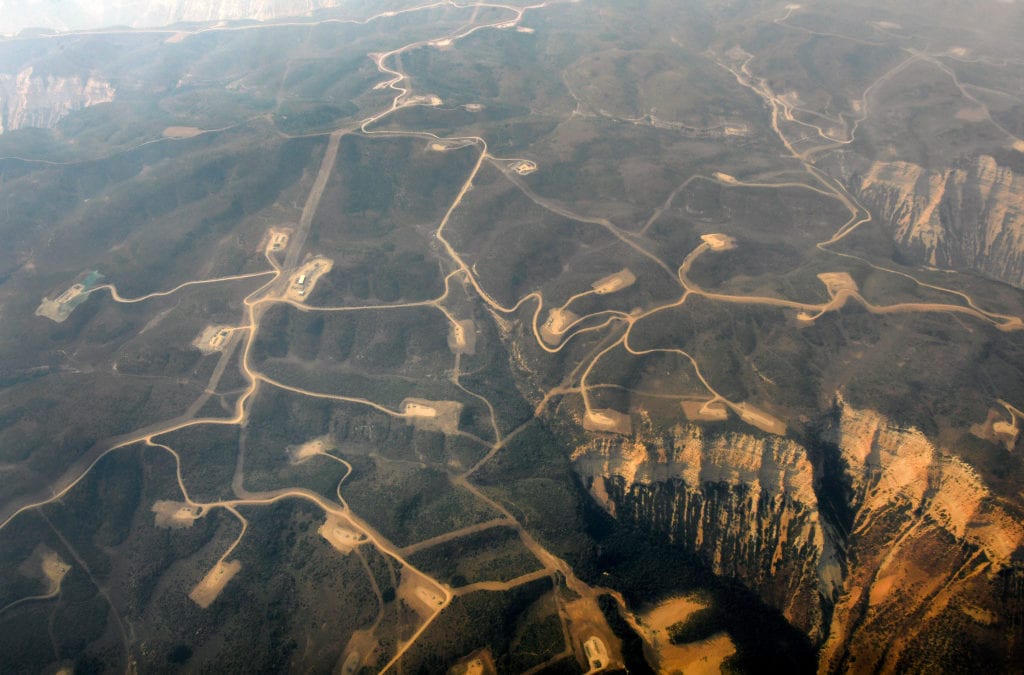 The outcome of the presidential election will have a big impact on the energy front in Colorado and other oil- and gas-producing states.

If U.S. voters decide to stay the course, the current push for energy dominance through increased drilling will continue. If they elect a new president, the challenger has pledged to end new drilling on public lands and move toward a carbon-free future.

Whoever wins Nov. 3, any executive-branch attempts to change existing policy are likely to face legal challenges.

President Donald Trump, who was officially nominated in late August as the GOP presidential candidate, has targeted oil and gas regulations he sees as burdensome to the industry.

“There couldn’t be a more clear divide between the two perspectives about American energy production, particularly coal, oil and natural gas,” said Thomas Pyle, president of the American Energy Alliance, an advocacy organization that has endorsed Trump.

A new poll released by the American Petroleum Institute-Colorado found that 57% of Colorado voters would be more likely to vote for a candidate who supports providing access to oil and gas produced in the United States. Still, given Colorado’s changing demographics, most political experts don’t expect Trump to win here. The president lost Colorado by 6 points in 2016, and a recent poll by Morning Consult — the same firm that did the API poll — showed Biden leading Trump 52% to 39% in Colorado.

The two campaigns fundamentally differ on their stances toward drilling on federally managed lands. Roughly 36% of Colorado is federal land, and the state is the seventh-biggest energy producer in the country.

Colorado is also considered a leader on renewable energy, with Gov. Jared Polis and legislators setting goals to cut greenhouse gas emissions and get to a 100% carbon-free electric grid.

“A president doesn’t have the power to ban fracking. He could do that on day one and it would be overturned in court,” said Kathleen Sgamma, president of the Denver-based Western Energy Alliance, which advocates for the oil and gas industry.

If a president tried to yank existing leases or ban new leases on public lands, “we would be in court the next day,” Sgamma said.

However, a Biden administration could slow the approval of drilling permits and drag out the process, she added.

Sgamma believes that Biden is being pulled to the left but is not as “radical” as his party’s left wing. She said natural gas, cleaner-burning than coal, has helped reduce pollution and that Biden will recognize the reality of where America gets its energy.

Former vice president and Democratic presidential candidate Joe Biden, second from right, looks at an array of solar panels during a tour at the Plymouth Area Renewable Energy Initiative in Plymouth, N.H., on, June 4, 2019.

Pete Kolbenschlag of Paonia is a longtime activist who has advocated to limit drilling on public lands.

“Wildfires are burning in Colorado now — burning all across the West,” Kolbenschlag said. “All of Colorado is in some kind of drought, and here in the southwest we’re in an extreme drought. One of our main irrigation canals has been shut off. We need urgent action.”

The Biden-Harris energy plan is “pretty strong out of the gate,” Kolbenschlag said. He likes proposals to create jobs to promote conservation in agriculture, reduce harmful emissions and reclaim abandoned oil and gas wells and mines.

In contrast, another four years of a Trump administration would be “a disaster,” Kolbenschlag said.

“The administration just announced that they’re opening the Arctic National Wildlife Refuge,” to drilling, he said. “They are working to gut what protections do exist, to roll back the National Environmental Policy Act, which is our bedrock environmental law.”

“We have had some success in stopping some of the extreme leasing that they wanted to do on public lands,” Nordini. “But their work alone to dismantle clean air and clean water protections and addressing climate change is going to take years to make up.”

Industry representatives believe support is strong in Colorado for oil and gas production. The new poll released by Colorado-API shows that 68% of Colorado voters think natural gas and oil will play a significant role in meeting America’s energy needs 20 years from now.

As oil prices collapsed during the coronavirus pandemic in April, jobs in the oilfields around Weld County suffered as well.

Pyle of the American Energy Alliance said a drilling ban on federal lands would be damaging for Colorado, because the loss of revenue generated by the industry would ripple through the economy. And it would be devastating for the national economy because the U.S. competes based on its low-cost energy, he added.

“A President Biden and Vice President Harris would, at a minimum, mark a return to the Obama sort of playbook, using regulatory agencies to hinder production of oil and natural gas,” Pyle said.

But oil and gas production on federal lands was robust during the Obama administration, said Nada Culver, vice president of public lands and senior policy counsel for the National Audubon Society.

“We were seeing more carefully tailored lease sales,” Culver said. “What we’ve seen is this administration walking back from that.”

Drew Caputo, vice president of litigation for Earthjustice, said his organization filed hundreds of lawsuits against the Obama administration over eight years.

A farmer works in a field near oil and gas operations outside Kersey on Sept. 26, 2019.

So far, the environmental organization has filed about 200 lawsuits against the Trump administration and has won 82% of the cases that have been decided, Caputo said. Recent wins by the environmental community include the cancellation of more than $125 million in oil and gas leases in the West because of the effects on greater sage grouse and the rejection of a rule that undid a prohibition against wasting methane through venting or flaring at well sites on federal lands.

Caputo thinks the government’s legal losses would continue in a second Trump term.

“They’re losing these cases because Trump campaigned on this idea that he’s just going to snap his fingers and make stuff happen,” Caputo said. “That’s not how the law works.”