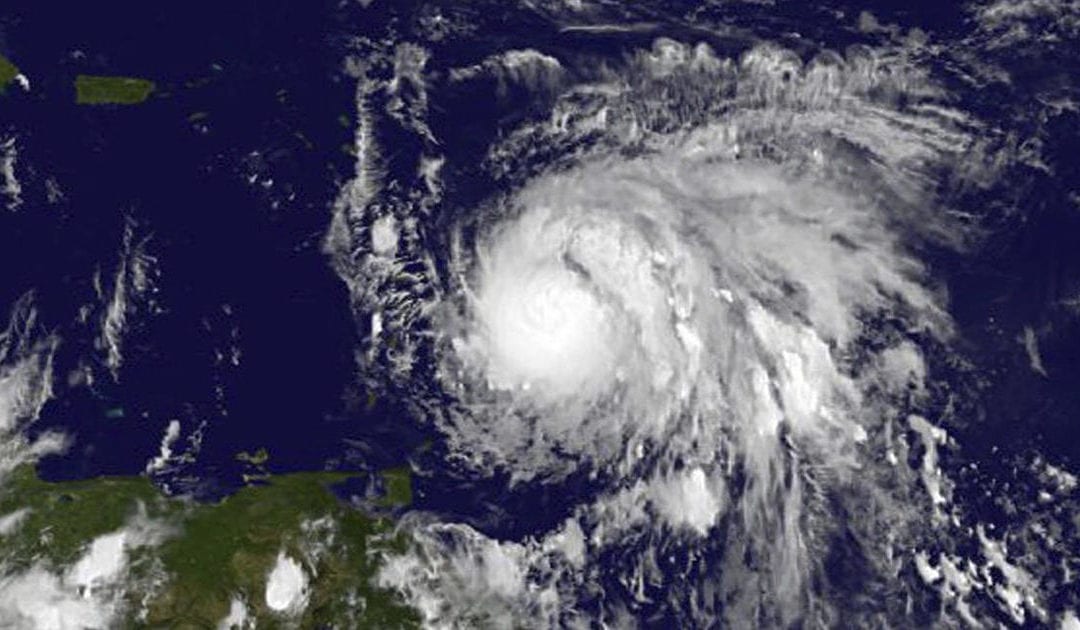 As the world battles the coronavirus crisis, researchers are warning of a potentially active Atlantic Ocean hurricane season, which kicks off June 1 through the end of November.

For the 37th year in a row, Colorado State University (CSU) issued its hurricane season forecast Thursday — and the numbers appear significantly above normal.

Specifically, the team forecasts 16 named tropical systems; 12 is the average. Eight of those named systems are forecast to reach hurricane status, with winds greater than 74 mph; Six is the usual amount per year. CSU is also forecasting more major hurricanes than is typical per year: four as opposed to the average of 2.7.

The forecast is also alarming in that it’s calling for a nearly 70% chance a major hurricane — which is at least a Category 3 storm with sustained wind speeds of 111 to 129 mph — makes landfall somewhere along the U.S. coast. That’s 130% of the long-term average.

The Accumulated Cyclone Energy (ACE) — a collective measure of overall activity in terms of number, intensity and longevity of storms — is forecast to be 140% of the long-term average.

Along with these forecasts, research also shows tropical systems are intensifying more rapidly and likely slowing down their forward motion due — at least partially — to a warmer globe. This is leading to more damage due to stronger winds, heavier rain and flooding.

When multiple crises compound, like COVID-19 and a landfalling hurricane, climate scientists call this a threat multiplier.

“There are only so many resources that we can marshal to mitigate these crises as they become increasingly more frequent and widespread,” Professor Michael Mann, director of the Earth System Science Center at Pennsylvania State University, told CBS News. “We’ll be forced into a very troubling triage environment where all we can hope for is to limit the damage, death and destruction.”

The most significant factor in determining how active a hurricane season may turn out to be is how warm the ocean is. Currently, sea surface temperatures are above normal across most of the tropical development regions in the Atlantic. This is especially true in the subtropical Atlantic close to the U.S. where the Gulf of Mexico, as a whole, is 5 degrees Fahrenheit above normal, with some pockets inflated by a striking 8 degrees.

While warmer water temps in the Gulf this time of year do not necessarily translate to a greater number of hurricanes, if a Gulf storm forms and temps stay warm you can bet it will get a steroid boost of sorts from high-octane fuel. Gulf temps are 5F above norm with +8 in spots. pic.twitter.com/PEKbeHeA00

Warmer sea surface temperatures provide more energy for developing systems. This does not always cause more storms to form, but that “higher-octane fuel” does power stronger systems.

That fact is significant because an increase in storm intensity does not just cause a modest increase in damage, the change can be exponential. For instance, a storm with winds of 150 mph can produce 250 times the damage compared to a storm with winds of 75 mph. So, if water temperatures remain far above normal for the season it is logical to assume, a landfalling storm will likely cause more damage.

Will El Niño play a role this year?

The CSU team also factors in the expected phase of El Niño Southern Oscillation (ENSO) – a natural cycle found in the Equatorial Pacific waters. Even though the phenomenon is found thousands of miles away, there is a strong connection between ENSO and the degree of tropical activity in the Atlantic basin.

When ENSO is in its warm El Niño phase, that powers stronger jet stream winds into the Atlantic, disrupting tropical systems, tearing them apart. However, this summer and fall an El Niño is not forecast.

One of the reasons for the above-average seasonal #hurricane forecast from CSU is due to the likely lack of #ElNino this summer/fall. El Nino generally increases vertical wind shear in the Atlantic, tearing apart hurricanes. pic.twitter.com/CkC93ukSCm

Rather this season, either neutral conditions should dominate or even a cool La Niña may develop. That translates to weaker atmospheric winds and a more nurturing Atlantic environment for tropical systems to flourish.

In regards to today’s CSU hurricane forecast. El Nino vs La Nina can be very influential to Atlantic season. Here’s a comparison of El Nino, La Nina and Neutral years from way back. You can see how El Nino years have ‘significantly’ less activity. Image credit: unknown. pic.twitter.com/L1rbhwLkgz

Perhaps the most surprising aspect of this forecast is the likely presence of a negative Atlantic Multidecadal Oscillation (AMO), a naturally occurring cycle which swings from cool to warm phases every couple of decades. The negative phase corresponds to cooler than normal “North” Atlantic Ocean waters.

In periods where the AMO is in cool phase, Atlantic hurricane seasons tend to be less active, which is the opposite of what is expected this year.

This upcoming season, however, other factors like the absence of El Niño in the Pacific and toasty Atlantic Ocean temperatures may outweigh the overall climate cycle.

While warmer than normal Tropical Atlantic waters do not occur in every region, every year, they are becoming increasingly prominent.

Professor Mann said year-to-year variability is now bolstered by warmer ocean waters due to global heating. Some 90% of excess heat trapped by greenhouse gases is stored as energy in the oceans, yielding record setting ocean heat content, year after year.

“Bottom line,” Mann said, “Human-caused warming is leading to increasingly intense tropical cyclones in the Atlantic and other basins.”