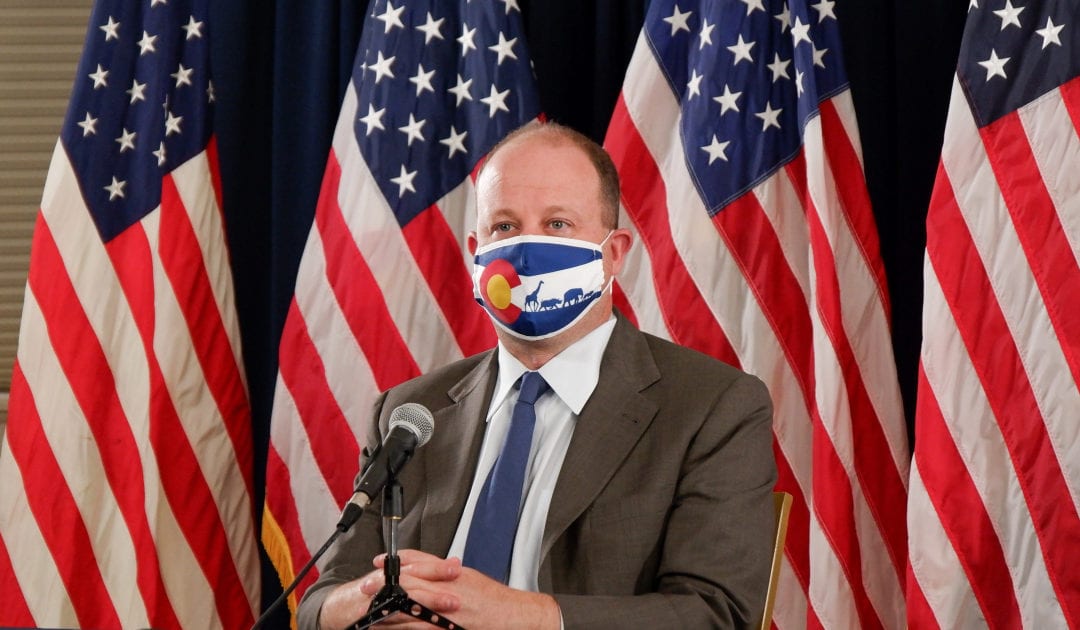 A nonprofit formed by Jared Polis to guide his transition into the governor’s office has quietly transitioned into an advocacy organization for his agenda, The Colorado Sun has learned.

The Democrat formed Boldly Forward Colorado — a nonprofit organization that can accept unlimited personal and corporate contributions and not disclose its donors — after he won the 2018 election in order to help him recruit members of his administration and form the policy platform for his first term.

The language echoes the governor’s policy priorities, and his ties to such an organization raise concerns with ethics advocates who suggest it amounts to a “shadow governance group.” The move comes as the governor campaigns for a key 2020 ballot initiative to achieve one of his campaign promises and two years before he faces reelection.

Polis, a millionaire former congressman, told voters he would remain above the influence of special interests when he ran for office by self-funding his campaign and limiting donations to $200. But since being elected, major political interests funded his transition team, inauguration ball and even contributed huge sums to pay for positions in the governor’s office.

Boldly Forward began its revamp in 2019, according to organizers, after its two-member board of directors decided it needed to do more to support the policy recommendations made in the transition. But the group just now came into public view with a website created Aug. 27 and its first campaign donation — $50,000 to Brighter, Healthier Future for Colorado’s Kids issue committee in August.

The committee is pushing Proposition EE on the November ballot, a measure to increase taxes on tobacco and vaping products to pay for preschool education, a key Polis campaign promise.

Polis endorsed the ballot initiative at an event Thursday, but distanced himself from Boldly Forward and didn’t address his involvement with the organization. “They obviously support a lot of what I do, but you’d have to ask them to speak for themselves on that,” he told The Sun.

The governor’s office did not immediately return a call seeking more details about Polis’ connection to the group.

The source of Boldly Colorado’s money is not clear. The representatives at Boldly Forward issued a statement supporting Prop EE but could not provide details of its financing. The organization’s website states that it will voluntarily disclose donations on a yearly basis, but that would still keep the public in the dark for months about who is seeking to influence Polis and help advance his priorities. A spokeswoman for the organization said it wouldn’t have the 2019 financial report completed until Jan. 30, 2021.

At the time of its creation, Boldly Forward vowed to disclose its donors to the transition on a website, but it’s not clear if it ever did. The Colorado for All Inaugural Committee revealed its donors after repeated requests by The Sun and its reports showed $1.5 million from corporations and wealthy political donors to cover the cost of the inaugural ball.

The two board members at Boldly Forward are Blanca O’Leary, teh chairwoman and a former Democratic National Committee member who also helped fundraise for Polis’ inauguration, and Graham Kaltenbach, the treasurer. Kaltenbach is a real estate agent and the husband of Polis’ current interim chief of staff, Rick Palacio, who is the former state Democratic Party chairman. Other associates include Laura Warren, a Democratic fundraiser who is working on Colorado’s COVID Relief Fund created by Polis and previously raised money for the inauguration.

Citizens for Responsibility and Ethics in Washington, an organization that combats the influence of money in politics, says these organizations act as “shadow governors.”

Its 2018 report found that more than one in three governors — Democrats and Republicans — had ties to state-level dark money or shadow governance groups but didn’t include Colorado. The nonprofits, the organization wrote, help office holders “while preventing voters and constituents from knowing who their elected officials rely on for fiscal support.”

The report concluded that “this unchecked spending means that special interests and deep-pocketed donors can exert more influence than ever before.”