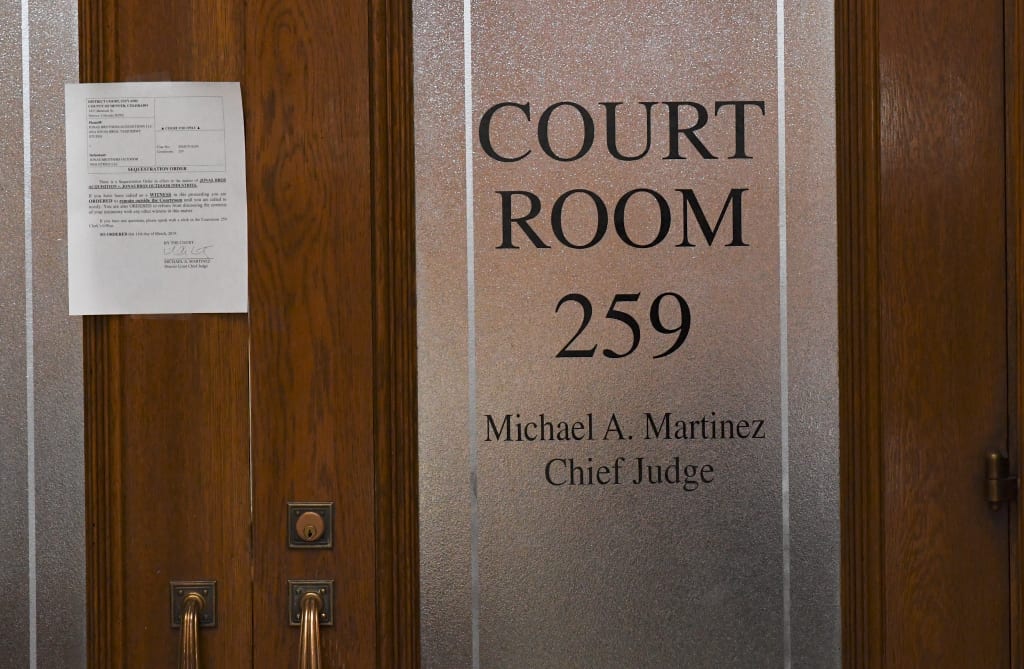 While one key race remains too close to call, Democrats flipped two large Colorado district attorney seats in a power change that will affect how thousands of criminal cases on the Front Range are handled and could alter criminal justice reform in the statehouse.

The two seats flipped by Democrats — the First and Eighth Judicial Districts, covering Jefferson and Larimer counites, respectively — had been held by Republicans for decades, and the candidates who won ran on platforms promising to shake up the criminal legal systems in their districts.

“That’s an indicator that Colorado is looking for a new lens on public health and safety that is accountable, equitable, just and fair,” said Juston Cooper, executive director of CCJRC4Action, a nonprofit organization that advocates on criminal justice policies. “Historically, they haven’t always thought that way. I think it’s a new day for Colorado’s prosecutors.”

The shift comes as Colorado legislators next year are likely to once again propose significant changes to the state’s criminal legal system, furthering reforms accomplished during the two previous sessions. Lawmakers will discuss bail reform, changes to sentencing practices and further implementation of the police accountability bill passed over the summer, said Denise Maes, public policy director for the ACLU of Colorado.

“The Colorado District Attorneys’ Council is very present at the capitol,” said Maes, who works on criminal justice legislation. “They have a significant influence. We’re happy to see that there may be a change in that, that they are championing criminal justice reform.”

The shift toward reform-minded prosecutors is not unique to Colorado. District attorney candidates in major cities including Los Angeles, Philadelphia and Chicago have run — and won — on platforms that emphasize reducing the number of people in prison, evaluating racial disparities and abandoning the practice of requiring people to pay money to leave jail.

“It’s definitely not unique to Colorado,” said Alissa Marque Heydari, deputy director of The Institute for Innovation in Prosecution at John Jay College of Criminal Justice. “Even just 10 years ago people weren’t really paying attention to prosecutors races, and in the past few years people are starting to pay more attention to the criminal justice system and prosecutors in particular.”

The race to become the top prosecutor in the the state’s most populous judicial district remained too close to call Friday. The margin between the candidates vying to succeed term-limited Republican George Brauchler in the 18th Judicial District — which encompasses Arapahoe, Douglas, Elbert and Lincoln counties — sometime dipped to as low as 49 as votes were counted last week.

The competitive race in a district that has handled many recent high-profile cases, including the 2019 STEM School Highlands Ranch shooting and the 2012 Aurora theater shooting, has drawn national attention. If Democrat Amy Padden wins the race over Republican John Kellner, it will be the first time since 1968 that a Democrat has held the seat and the first time in at least the last 50 years that all four of the judicial districts in the Denver metro area are represented by Democrats.

If Padden wins, Democrats will hold two more district attorney seats than they did after the 2016 election. Since the 2000 election, the distribution of district attorneys’ political affiliations in Colorado has ranged widely. In 2000, Democrats won 11 of the positions, but in 2004 Republicans won 16 of the 22 positions, data from the Colorado Secretary of State’s office shows. The distribution of the positions has ranged between those two numbers since then.

Both Democrats and Republican candidates for Front Range seats touted plans for change, Cooper said. A growing attention on the criminal legal system — intensified by nationwide protests of police brutality and racial inequities in the system over the summer — helped bring attention to the prosecutor races, he said.

“I would like to think the national outcry for racial justice has impacted people caring and frankly making people want to know who their DA is,” said Alexis King, the first Democrat to be elected district attorney in the First Judicial District, which also covers Gilpin County, since 2000. “We wield a lot of power in the criminal justice system.”

All of the candidates for Front Range seats touted the importance of alternatives to sending people to prison, but some of the candidates who won some of the most competitive races in the region — the First, Eighth and 17th districts — said they wanted to change bail practices and provide better data to the public about their practices and outcomes.

“Folks want a new approach to criminal justice,” said Gordon McLaughlin, who won the race to become DA in the Eighth Judicial District, which also spans Jackson County, and will become the first Democrat to hold the position since the 1970s. “Folks want this community to be safe, but they also want other options for lower level crime, like those connected to substance use and mental health.”

Beyond a shift in political makeup, the majority of the district attorney seats will be filled with newcomers. Only eight of the state’s 22 seats will be held by incumbents in January, as some incumbents were term-limited or defeated in the primary or general elections.

“In general, the voices at the table of the Colorado District Attorneys’ Council will be changing,” said King, who is the first woman to be elected DA in the First Judicial District.