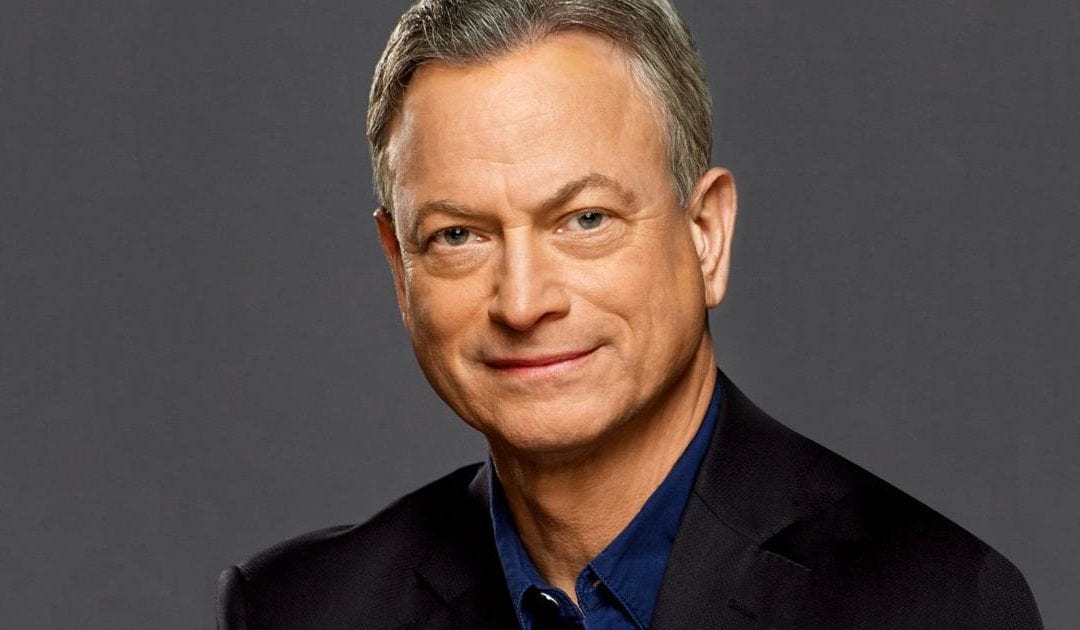 Those roles inspired actor Sinise, who had become closely involved with supporting the military and first responders. In the 1980s, as a co-founder of Steppenwolf Theatre in Chicago, he created Vets Night with dinners and performances for veterans. He also worked on behalf of the Disabled American Veterans organization.

Then, according to his bio, the impact of Sept. 11, 2001, and what were called “handshake tours” with the USO in Iraq and Afghanistan, led him to pull together his Chicago jam band and, in 2003, create the Lt. Dan Band. He plays bass guitar. They have toured for years with the USO.

All the while he was putting together a Gary Sinise Foundation to financially help causes.

In September 2013, one of those causes was the Black Forest Fire Department, volunteers who had just fought the destructive and deadly 14,198-acre fire that destroyed more than 480 homes. News accounts recounted a tearful Black Forest Fire Chief Bob Harvey as he accepted nearly $60,000 from the foundation to replace equipment destroyed fighting the fire. Hoses and other basic equipment could be replaced and a new standing track vehicle added to help build fire lines more quickly.

Via video, Sinise told Harvey and crew he was honored he could help.

In August 2016, the Lt. Dan Band was up close and personal with military families in Fort Carson’s Iron Horse Park for a three-hour interactive concert. The crowd of several thousand was invited to dance the night away, many going on and alongside the stage to meet and rock out with the musicians.

It was one of the more than 300 free concerts performed over a dozen years by Sinise and the band for military all over the world. And the military took note.

Last fall, Sinise received an inaugural honor at the Air Force Academy saluting and thanking an important military supporter. The award says his foundation, which has provided over $30 million, “supports all those who sacrifice on our behalf: active duty, veterans, first responders, and their loved ones.” The band has “traveled the planet” performing for military including locally the Fort Carson concert and at the AFA. The award also singled out the foundation’s R.I.S.E. – Restoring Independence Supporting Empowerment homes program. “Each home is mortgage-free and fully customized to the unique needs of the hero and their loved ones.”

Sinise was honored at halftime of the AFA-Army game in Falcon Stadium.

Sinise talks about what his philanthropy means to him personally in his book “Grateful American.”