A guide to how Amendment 23, “the budget stabilization factor” and “the negative factor” shape education spending in Colorado 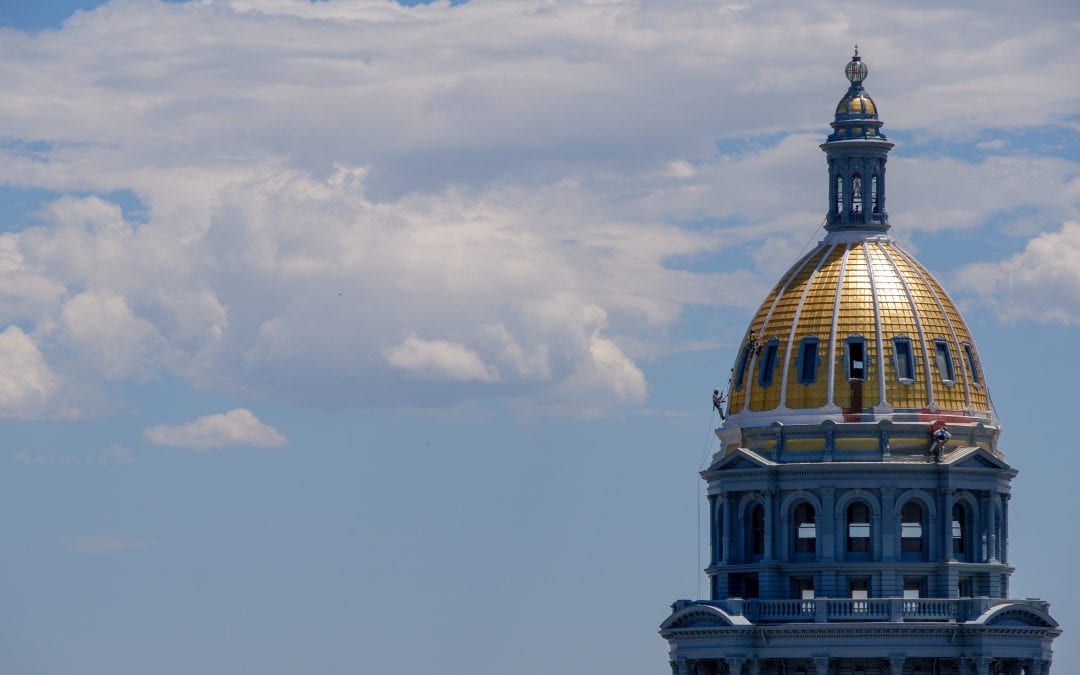 The fight over school funding in Colorado has become one of the state’s most consequential political battlegrounds, a defining issue in elections and governance from the local level all the way up to the governor’s office.

But following the debate can be difficult. Lurking behind every fight over teacher pay and four-day school weeks is a minefield of obscure terms, such as Amendment 23, “the negative factor” and base funding, contrasted with total program funding.

This session — like most every year — these issues will play a prominent role in the discussion about the state budget, which provides the majority of Colorado’s K-12 funding, with local property tax dollars providing the rest.

We’re here to help. This guide will introduce the key terms you need to know, and — hopefully — just enough of the history so you won’t get lost in the jargon at the state Capitol.

This is part of The Colorado Sun’s project to help explain the state’s political arena. If you have questions we didn’t answer,. We’ll try to answer them.

Known as Amendment 23, the measure did a few things, but the most significant was requiring the state to increase base per-pupil school funding by at least the rate of inflation each year. For the first 10 years, per-pupil funding also increased by an additional 1% on top of that.

Today, the general fund is the state’s largest school funding source by far, making up 90% of the state’s contribution to schools. Two special state accounts –the State Education Fund and the State Public School Fund — make up the remaining dollars.

To supporters, Amendment 23 was a much-needed response to what they viewed as a direct threat to public schools across the state. Local property tax rates were falling thanks to other constitutional requirements, choking off the primary funding source of school districts.

But what was a straightforward solution on paper — replace the lost local revenue with state tax dollars — has proved to be anything but simple in practice.

Over the first decade, Amendment 23 had much the effect that its backers intended. The state’s share of school funding steadily increased from around 56% in 2000 to 63% in 2010, with local property taxes providing the rest, according to state budget documents. By that point, K-12 education commanded 43% of the state’s general fund — nearly five times as much money as the state’s colleges and universities.

That year, however, with the state’s budget in the throes of a financial crisis inflicted by the Great Recession, state lawmakers decided they could no longer afford to keep up with the growing cost of education. Facing steep budget cuts, lawmakers rescinded $130 million owed to schools during the 2009-10 fiscal year.

A year later, they created the inscrutable budget writing device known as the “negative factor,” providing a legal mechanism to cut education funding without running afoul of Amendment 23.

What is the negative factor?

The “negative factor” refers to the amount that state budget writers are falling short of school finance requirements each year. It was later renamed the budget stabilization factor because lawmakers thought the original name had, well, a negative connotation.

Since 2010, state lawmakers have built up an impressive I.O.U. through the budget device, tallying $9.3 billion in unpaid debts to the state’s school districts, including $1.2 billion this fiscal year alone.

But while the budget stabilization factor exists on paper, tracked from year to year in state budget documents and by education funding advocates, there’s no plan for it to ever be repaid.

Lawmakers called it the negative factor at first because of its role within the school finance formula. There are essentially two pieces that make up a school district’s “total program” funding under Colorado’s School Finance Act:

The negative factor — renamed the budget stabilization or B.S. factor in 2017 — is the final adjustment to what school districts receive after their total program funding has been calculated. But while other factors in the formula increase funding, the budget stabilization factor works in the opposite direction, cutting the state’s allotment to schools by a flat percent across the board. Lawmakers determine the size of the cut based on how much money they’re willing to spend on schools when they balance the budget each year.

This fiscal year, the budget stabilization factor was negative 14%, or a $1.2 billion cut.

Since the negative factor was implemented, the state’s relative contribution to schools has retreated to levels last seen before Amendment 23 took effect. This year, K-12 education received just 36% of the state’s discretionary general fund, down from 43% in 2010, and from 40% in 2000, according to state budget documents. The state share of school funding also fell to 58% this year, down from 63% in 2010. But that’s still higher than its 56% share in 2000.

Amendment 23 was supposed to increase school funding. Are these cuts constitutional?

In Dwyer v. State of Colorado, the Colorado Supreme Court in 2015 ruled that the negative factor is allowed under the state constitution. But the narrow 4-3 decision shows how controversial the budget maneuver was.

The court’s decision hinged on the distinction between base per-pupil funding and total program funding, which includes the additional factors within the School Finance Act, like educating at-risk children or those with special needs.

Lawmakers argued that Amendment 23 only required the statewide base funding to increase by inflation each year, not the districts’ total program funding. The court agreed, ruling that the negative factor is legal as long as it comes out of the additional money districts receive for those other factors.

Still, it remains a sore spot for school funding advocates, who argue the negative factor goes against the intent of voters. When accounting for inflation, schools actually receive less overall funding today than when the negative factor was first created in 2010, according to a legislative analysis.

Since 2010, teachers groups have pushed for multiple tax increases to eliminate the annual funding shortfalls, but so far, voters have said no.

Prior to the pandemic, the legislature had cut the negative factor to $572 million, its smallest level since 2010. But facing massive budget shortfalls amid the pandemic, lawmakers reversed course, increasing the negative factor to a record $1.2 billion in the 2020-21 budget. Absent a new source of revenue, that pattern is likely to continue, with annual school funding shortfalls growing or shrinking from year to year based on economic conditions and the spending priorities of those in charge at the statehouse.