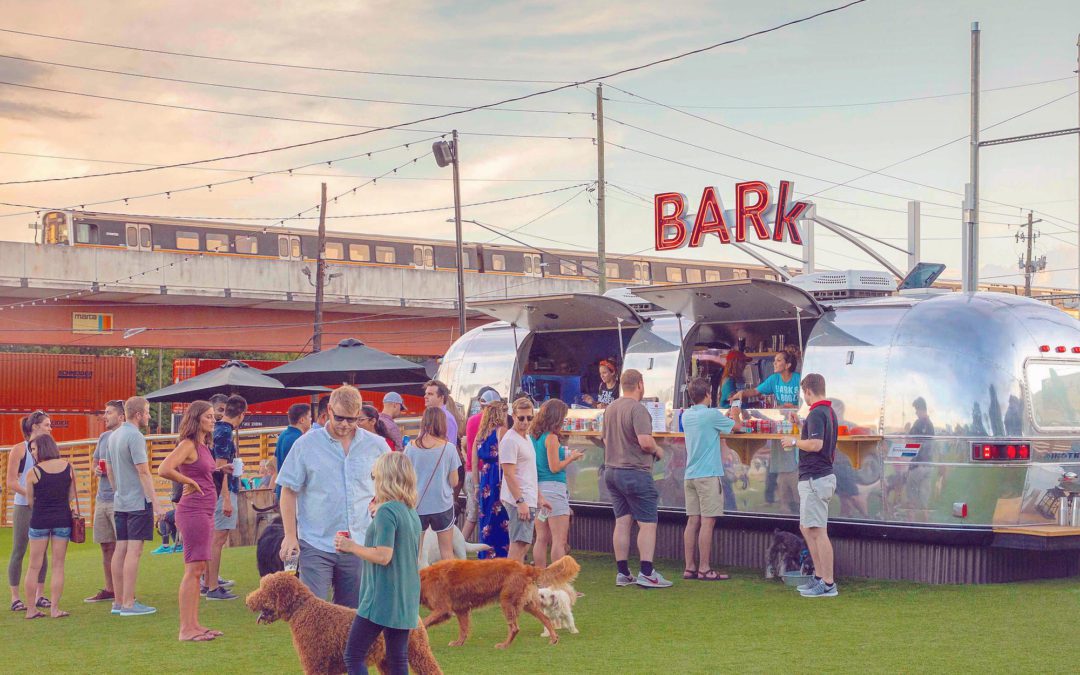 Owning a dog is a great way to meet people, especially in Colorado. However, many dog owners avoid dog parks due to fear of unfriendly and unvaccinated dogs. Fetch Park is changing that by providing safety measures and a bar for humans to socialize so the experience is less stressful and more enjoyable.

Fetch Park was founded by Stephen Ochs in 2018 in order to provide a safe space for dogs and humans to socialize. Ochs grew up around dogs — his parents were dog breeders — and found that every time he went to the dog park he was on edge. “There is no one monitoring the park and you don’t know if all the dogs there are friendly,” he said of most dog parks, “I wanted to create a place where you could unwind and relax and not worry about your dog.”

In order to keep the park safe for all dogs — and humans — the park will require that all dogs over eight months of age are spayed or neutered, have up-to-date vaccinations on file and all owners will have to sign a waiver stating that their dog is friendly and social prior to entering the park. There will also be employees there — called BARk rangers — to monitor dog behavior and watch for aggressive tendencies. “We have a zero-tolerance policy on aggressive dog behavior,” said Ochs.

Ochs also wanted to create a fun environment for people to socialize. “After work you either go out for a drink with friends or take your dog to the dog park. I wanted to marry those two activities,” he said. Fetch Park will have a refurbished Airstream trailer where you can grab a drink and socialize whether you are a dog owner or not. The trailer will serve coffee, beer, wine and liquor with 12 rotating signature cocktails — think a hot toddy in the winter and frose in the summer.

Any human can walk into the park and hang out with or without a fur baby but on the other hand, all dogs must have a membership to roam around the park. Memberships cost $10 for a single day, $40 for a month-to-month membership and $30 for a monthly recurring membership. Fetch Park will also host events like singles nights, comedy shows, trivia nights, live music performances and more. “I wanted to create a fun environment where people can socialize too,” said Ochs. The park is slated to open at the end of the year, so keep an eye out for grand opening events and the opening status by following Fetch Park on Instagram.

Fetch Park will be located off Interquest Parkway in Colorado Springs. Official address to be announced.