A Crested Butte woman came home from Hawaii with sniffles. Then she found out it was coronavirus. 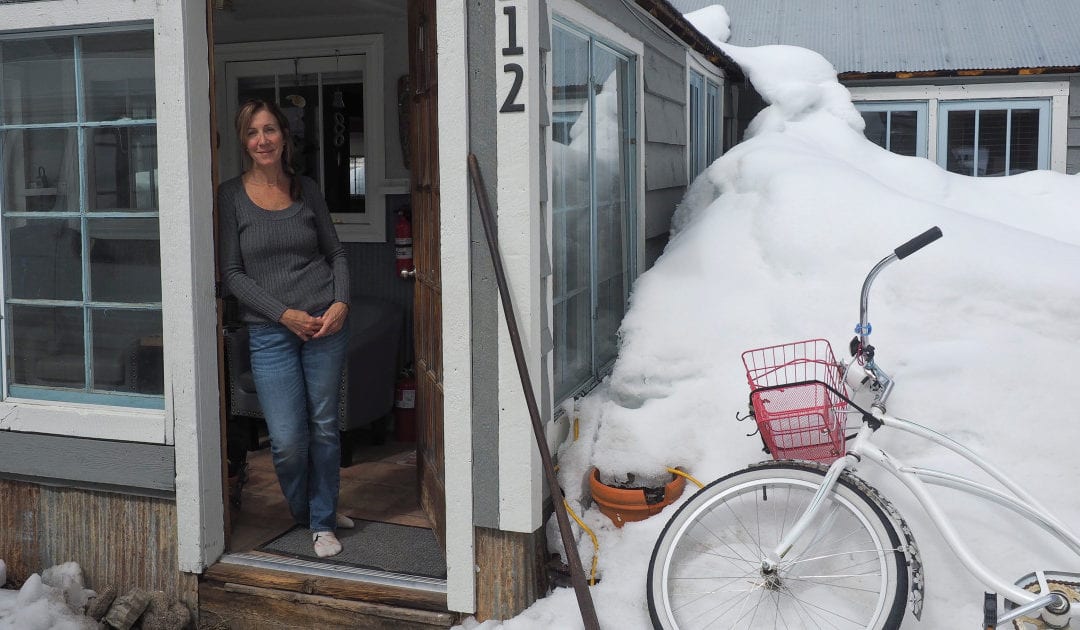 It started with a few sniffles and sneezes.

Lisa Merck was on her way back from Hawaii to Crested Butte on Feb. 19 when she started developing common-cold-like symptoms. There were a few aches in her neck as well, but she had been carrying a backpack on her tropical excursion with her husband. She chalked it up to traveling.

“It didn’t even cross my mind,” the 50-year-old told The Colorado Sun on Friday from her home. “I felt totally fine in Hawaii. We had a great time. Things just started when I got back.”

Merck is one of the 77 people in Colorado who so far have tested positive for COVID-19, the disease caused by the new coronavirus. Her results came back on March 11 after she spent weeks going through her normal routine while battling mild symptoms and after she was initially turned away from a test for the virus because she didn’t fit the state’s criteria.

Merck’s case is an example of the insidiousness of COVID-19: Patients can be infected and have no idea they are carrying a virus that’s killed more than 5,000 people across the globe, including an El Paso County woman on Friday. Merck is a health care professional — a nurse practitioner with a clinic in Crested Butte — but it took awhile before it crossed her mind that she could have the coronavirus.

Gov. Jared Polis said Friday that Colorado is likely at a tipping point where the COVID-19 caseload in the state will grow dramatically. He stressed that the state must expand testing, to further prevent the virus from stealthily circulating in the state.

“In all likelihood, there are hundreds — most likely thousands — of Coloradans who have coronavirus who either have pending tests, or who’ve not been tested,” Polis told reporters at a news conference on Friday.

Global health experts say 80% of coronavirus patients typically have only mild symptoms. But for older people — and those with compromised immune systems — the disease can quickly wreak havoc.

Merck, who serves as the deputy Gunnison County coroner, says friends have described her as a germaphobe.

She opens doors with a sleeve and urges her husband not to press elevator buttons. When her patients leave an exam room at her Sopris Women’s Clinic in Crested Butte, Merck says she always thoroughly wipes down every surface.

“I feel like I’m very diligent — as a health care provider — washing my hands, washing the surfaces in my office,” she said.

That’s what makes her infection so puzzling. Merck says she didn’t run into anyone who was sick in Hawaii or on her way there. Coronavirus, which was barely a headline-grabbing problem in the U.S. while she was on her trip and certainly not a focus in Colorado at that time, didn’t really cross her mind.

It wasn’t until a few days after Merck returned to Crested Butte that her body pains got much worse. She was nauseous and had a slight cough, “like you’re clearing your throat in the morning.”

“My muscles and my joints started hurting super bad,” she said. “It felt like somebody was stabbing me with a knife.”

She thought maybe her symptoms were a result of changing altitudes or the flu. She got a massage, went in a hyperbaric chamber and hydrated to try to shake them off.

But while Merck was feeling unwell, it wasn’t enough to stop her from recreating. She went alpine touring on skis and out for a run. She even volunteered for an event, attended a big party at a popular Crested Butte bar, saw patients, went out to lunch with her friends and watched her nephew.

“Kind of like what you would do on a normal day,” she said.

But around March 1, she started feeling worse. She was running a fever and had a headache. “My eyes started hurting, like when you roll your eyes around,” Merck said. “It hurt in the back of my head.”

On March 2, Merck said she called the Centers for Disease Control and Prevention and local public health officials. She said she was told that she didn’t meet Colorado’s criteria to get a COVID-19 test. So she shrugged it off and kept battling her symptoms, which kept getting worse.

“Extreme, extreme exhaustion,” she said of how she started to feel. Merck was also short of breath after doing mundane tasks around the house.

On March 8, her symptoms finally got so bad that she had her husband take her to the hospital in Gunnison. They gave her a mask and tested her for influenza, which came back negative. But chest X-rays revealed she had bilateral pneumonia and a low white blood cell count.

They gave her Toradol — an anti-inflammatory drug — and an IV and then swabbed her for a COVID-19 test. They sent her home, and on March 11 the results came back: she was positive.

“People don’t go out and expose people on purpose”

Merck is now isolating in her home and on the mend.

She has notified the people she was in contact with since returning from Hawaii and gave a detailed list of her interactions to local public health officials. “If I knew I had the coronavirus, I would have self isolated,” she said.

Colorado’s first coronavirus cases weren’t made public until March 5, and it wasn’t until then that state officials — including Polis — began sounding the alarm about the need for sick people to stay home and get tested. But even if she had sought out a test, she didn’t fit the state’s criteria at the time, which mandates that patients needed to have traveled somewhere with a high prevalence of the virus, been in contact with a confirmed patient or been in serious need of medical help to receive testing.

As of Friday night, there were just two confirmed cases of coronavirus in Hawaii.

“People don’t go out and expose people on purpose,” Merck said. “I think if they had more rapid testing, in hindsight, I think that would have been a lot better.”

Merck will spend 14 days in isolation with her husband — who wasn’t tested for coronavirus, but felt ill after the Hawaii trip — before she can be in public again. She must test negative for the virus twice, as well, before being released.

“If you’re having any weird symptoms at all, just stay at home and do your due diligence just to isolate and take care of yourself,” she said.