A Colorado woman developed rare blood clots from a coronavirus vaccine. She says you should still get vaccinated. 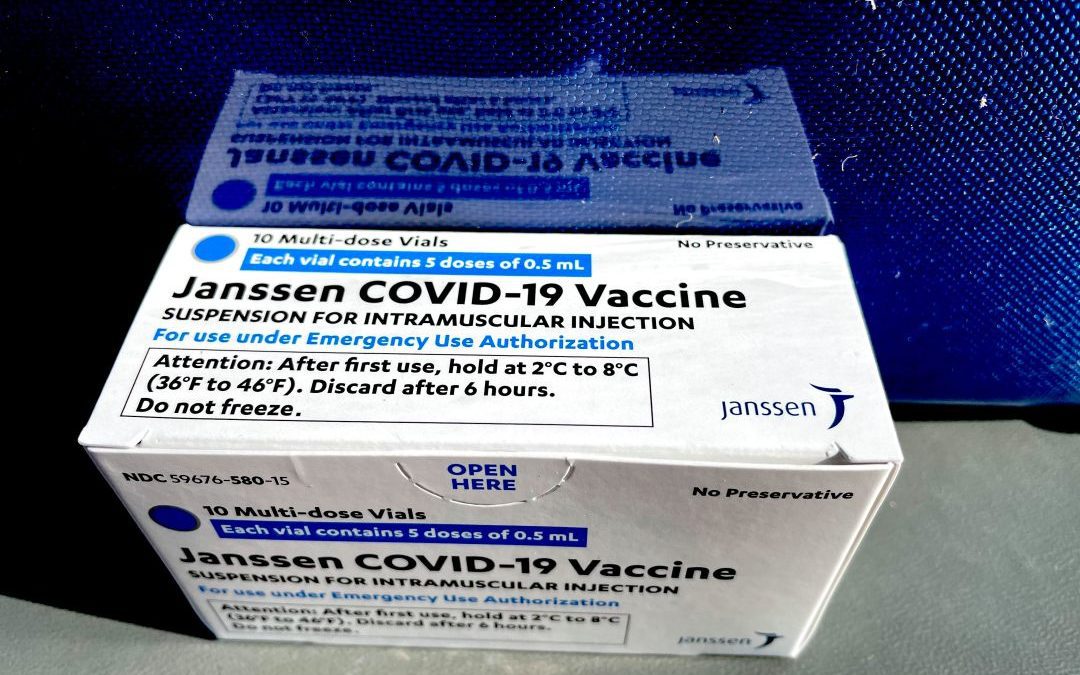 Morgan Wolfe woke the morning of April 12 to a headache pounding harder than any she had ever experienced.

The room spun. She could hardly get out of bed.

She had been excited to get the Johnson & Johnson coronavirus vaccine two weeks earlier, and the minor achiness she felt after that shot went away quickly. But a week after the injection, the 40-year-old from Denver began feeling ill again, and her symptoms were only getting worse.

Lying in bed on April 12, she made a plan: If she wasn’t better by the next day, she was going to the emergency room.

A few miles away that same day at UCHealth University of Colorado Hospital, Dr. R. Todd Clark met with a hematologist at the hospital to talk about reports of ultra-rare blood clots related to the coronavirus vaccine made by AstraZeneca. The vaccine uses similar technology to the Johnson & Johnson vaccine, and so the two doctors asked: How should we handle it if we get a patient with vaccine-related blood clots here?

“It was very much a, ‘We’ll probably never see it, but it’s good to be prepared,’” said Clark, an emergency medicine specialist.

The next morning, Wolfe headed to the hospital. Her phone buzzed on the way with news that federal regulators were recommending a pause in the use of the Johnson & Johnson vaccine after six reports of blood clots similar to what it would turn out she was experiencing. When she arrived, Clark and the other doctors were ready, not a moment too soon.

“It’s totally reasonable to say that if she showed up three days earlier, she may not have gotten the workup that she did,” Clark said.

Instead, what happened was a textbook case of the national vaccine safety monitoring system working exactly as it should, Clark said. And Wolfe said her support for coronavirus vaccines remains undiminished — even the Johnson & Johnson vaccine, though she said it of course would have been better for her to receive a different one.

“Despite everything that’s happened, I definitely still think that it’s important to keep on pushing for as much of the country and as much of the world to get vaccinated as possible,” Wolfe said. “Obviously, I had a bad reaction to this one. And that’s unfortunate for me, but I do still think that there’s a place for it in the overall strategy.”

There were approximately 40,000 people in the final clinical trial for the Johnson & Johnson vaccine. That’s enough to identify the more common side effects — such as headache or fatigue. But it’s not enough to always spot the rare side effects, such as the blood clots, before the vaccine is approved for widespread distribution.

For that, the federal government relies on a massive, open reporting system that allows pretty much anybody to file unconfirmed reports on pretty much anything. Doctors at the Centers for Disease Control and Prevention investigate the reports and look for patterns, which they found in a rare clotting condition called cerebral venous sinus thrombosis with thrombocytopenia related to the Johnson & Johnson vaccine.

Clark said the warning from the federal government and early reports about clots with the similar AstraZeneca vaccine were invaluable to doctors at University of Colorado Hospital. Otherwise, with the symptoms she had, Wolfe likely would have first been treated in the emergency department for a viral infection or dehydration.

Instead, doctors immediately did blood tests on her to see if she had the clotting condition, then wheeled her in for a scan to confirm the presence of the clots. In addition to providing insight on how to care for Wolfe, those pre-treatment blood tests are now valuable to researchers hoping to better understand why the condition occurs in the first place, Clark said.

On top of that, the federal warning provided doctors another key piece of information — that the common medication for treating clots, a drug called heparin, shouldn’t be used to treat the clots related to the Johnson & Johnson vaccine because it might make them worse. So doctors at University of Colorado Hospital used a different drug, called bivalirudin, to treat Wolfe.

It worked, marking the first known instance in the country of doctors using the drug for the Johnson & Johnson clots. Clark and his colleagues wrote a research paper on it.

To Clark, the experience was encouraging, uplifting even — the kind of thing he got into medicine for.

“This is not a scare-people story,” he said. “This is a give-people-confidence story. This is success. This is everything working the way it should.”

Getting back to normal

Wolfe spent six days in the hospital recovering from the blood clots. Now that she’s been released, she’s still taking medication to dissolve the clots, and she also has to take it easy for a while. A clot that remains in her lungs means she gets tired easily. She can’t work on her small landscaping business or on beloved tree-planting projects around Denver.

But she’s also hopeful for better days ahead — both for herself and the community. She is eager to participate in studies so that doctors might be able to identify who is at risk for the clots. (All of the cases identified so far have occurred in women between the ages of 18 and 60.) That information, she hopes, would bring back some confidence in the Johnson & Johnson vaccine.

And though she is curious what caused the reaction, she doesn’t spend much time wondering why it struck her. There have been 12 confirmed cases so far of the condition across the country, out of nearly 8 million doses administered of the Johnson & Johnson vaccine.

“I just want to focus on getting better, being healthy,” she said. “I don’t think, ‘Oh, why me?’ is always the most productive way to move forward.”