A Colorado county’s vaccination rate is below 50%. Now its COVID-19 hospitalizations are spiking 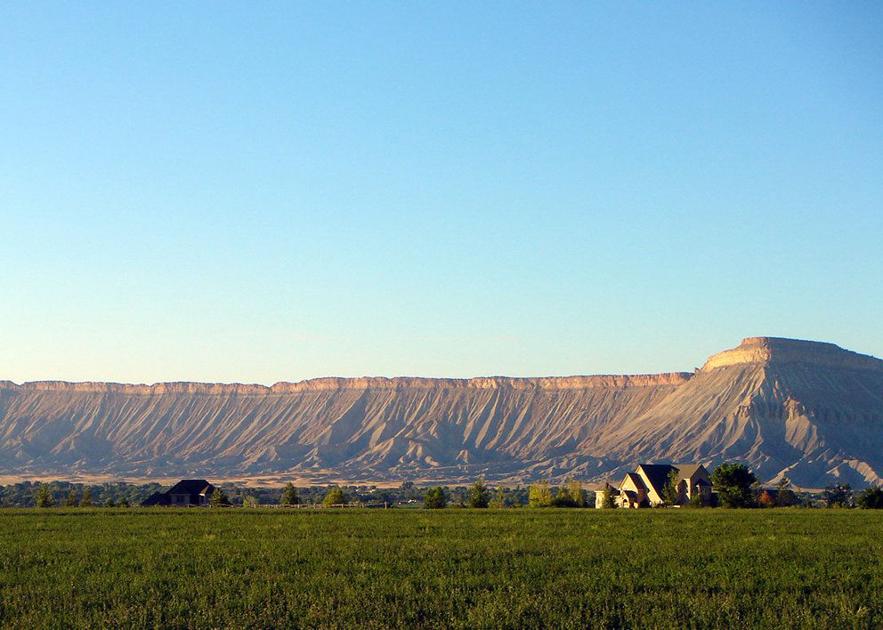 As much of Colorado looks toward a normal summer, Mesa County is in the throes of its worst COVID-19 spike since the fall, with hospitals packed with patients, including some suffering from a newly-identified variant of the virus that’s plagued the state for 15 months.

Mesa is one of nearly half of Colorado’s counties to have less than 50% of its population vaccinated. According to the county’s public health website, 39% of the county’s residents have been fully inoculated and 43% have at least one dose. State officials have set a 70 percent target for vaccination of residents needed to significantly slow the spread of coronavirus.

Mesa’s low vaccinations, coupled with the growing dominance of the delta — or Indian — variant, has led the county to a fresh COVID-19 wave that’s among the worst in the state, records show.

As of Thursday afternoon, Mesa County has the third-worst one-week spike in infections, according to state and county data. Of mesa County residents tested for the virus, 5.8 percent had it, well above the state’s overall average of 2.32 percent.

A team of experts with the Colorado School of Public Health noted the situation in Mesa County in a report released last week. They estimated that roughly 1 in 86 residents in the region that includes Mesa County have been infected with the virus and can spread it.

“COVID-19 hospitalizations have been increasing in (the region including Mesa County) in recent days, which may indicate increasing spread of infections,” the modeling team wrote. “We will be watching this closely in the weeks ahead.”

Grand Junction, Mesa’s county seat, is home to two hospitals: the 300-bed St. Mary’s and the 44-bed Community Hospital. More than 94 percent of those hospital beds are occupied, including 91 percent of intensive care unit beds.

The county is taxing its supply of ventilators, used for patients with severe respiratory symptoms from corona virus, with 72 percent of the local stockpile of the machines in use.

Mesa County, like the rest of the state, has lifted mask mandates and other measures meant to slow the spread of coronavirus.

Thomas Tobin, the chief medical officer for Community Hospital, said all 44 beds in his facility are in use.

“COVID is just taking up capacity that could otherwise be used for the normal stuff that we take care of,” he said Thursday afternoon. “I guess, to be blunt, it’s frustrating to me because at this point, this is preventable. If our vaccination rate was higher, we wouldn’t be seeing this.”

He and Stephanie Busch, a spokeswoman for Mesa County Public Health, attributed the low vaccination rate to hesitancy of residents to get inoculated. They said there’s plenty of vaccine available in the county, but a combination of fear and procrastination is keeping residents away from needle.

Colorado has tried to entice residents to get vaccinated with lottery-like giveaway for adults and a similar scholarship giveaway for children, both financed by federal cash.

Vaccinated adults can win $1 million and children can win $50,000 in scholarship money.

Mesa County has its own strategy, Busch said: the big shot incentive.

Between June 1 and July 31, the county is giving out $500 prizes each week to the newly vaccinated. At the end of next month, it’ll give out at least $45,000 to anyone who’s been vaccinated — either during the contest period or before. That prize will grow, Busch said: Each time a new person is vaccinated, another dollar will be added to the pot.

“I think it’s being driven by hesitancy,” Tobin said of the low vaccination rate. “I think it’s being driven by misinformation, and I think also, unfortunately — not just here but across the country, COVID-19 — not only the virus but the vaccine — has become more of a political statement than a health statement, and I think that’s inverted. This is a health crisis that needs governmental and needs everyone pulling in the same direction versus this being a political issue. This doesn’t recognize politics. This illness infects, maims and kills the same regardless of political affiliation.”

Residents avoiding vaccination isn’t the only problem facing the county. The delta variant, first identified in India, is the dominant strain in the area, Busch said. The strain spready more quickly than others, and a study from Scotland found it is also more likely to trigger severe symptoms in those who catch it.

Reuters reported earlier this week that researchers said that the delta variant doubles an infected person’s chances of hospitalization when compared with the previously dominant strain in the United Kingdom.

Tobin said younger people, who typically would be expected to weather infections well, are increasingly ending up in Mesa County’s hospitals and some of the young patients need ventilators to help them breathe.

Busch said that while 17 Colorado counties have delta variant cases, Mesa was the first in the state to identify it.

“Our cases shot up because — we were doing pretty good for a while, even considering our lower vaccination rate,” she said. “But then (the delta variant) came, our cases shot up and with more cases, you do see more hospitalizations.”

Health officials in the county met again earlier this week to discuss transfer planning, should the local hospital capacity be exceeded.

Tobin said he was recently asked if he and other health care providers in the area were tired.

“Of course,” he replied. “But we’re going to keep doing what we have to do because that’s what we do in health care. As health care workers, you don’t stop. We want everyone to help us and get us through this because we’re tired, we’re fatigued, but in the end, we’re going to keep doing what we do, and that’s take great care of patients and get them through this as best we can.”