A Colorado county asked residents to share their coronavirus stimulus money. The response was overwhelming. 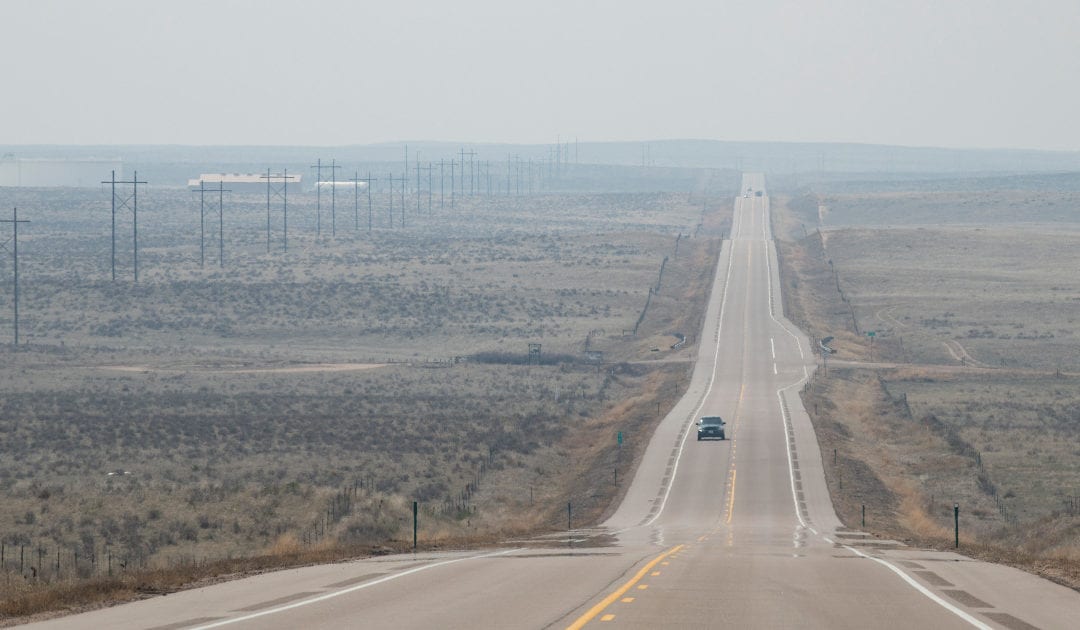 People who live on Colorado’s rural Eastern Plains are socially distant as a matter of course, but the pandemic has brought them close as a community.

When state-mandated shutdowns of restaurants and other businesses deemed non-essential began, residents of Phillips County knew they had to figure out a way to help make sure that when the restrictions lifted, their favorite local establishments were still around.

Responding to calls from friends and articles in the local newspaper and on social media, people stepped up. They donated their stimulus checks, savings or just pocket change. Some kicked in as much as $3,000 to Help Holyoke, the campaign organized by Phillips County Economic Development Director Trisha Herman, Holyoke Chamber Director Holly Ferguson and their team.

In all, 125 people contributed more than $90,000 that was distributed to 19 businesses closed during the first round of shutdowns.

“It’s like a community investment in local businesses,” explained Allyn Robinson, who owns Happy Jacks Barbecue restaurant and catering company in Holyoke. “It shows that they appreciate people doing things in their community and they’re willing to put their money where their heart is.”

Herman and the Haxtun Chamber Director, Jenn Oberle, also helped Haxtun, a town 20 minutes away, raise $25,000 from 47 individuals. The money was distributed to 10 businesses.

Shopping local is vital to rural economies, especially during a global pandemic and considering the force of online shopping giants like Amazon, said Herman, who also owns a small gym in Holyoke, a town of almost 2,300 residents.

Like most of northeastern Colorado, Phillips County’s economy is based in agriculture. This meant that while streets in urban areas looked empty during the statewide stay-at-home order, most people in Haxtun and Holyoke were still going to work because their jobs were deemed essential.

From salons to coffee shops, the money the two towns raised was invested back into the community of people they already knew.

“Being in a small town is a little more challenging, you really rely on the same people over and over again to visit your establishment, but also being in a small town, you will not find a community like it,” said Laurie Smith, who owns The Daily Grind, a coffee and sandwich shop a block from Haxtun’s town hall and library.

The Help Holyoke campaign money was intended to aid business owners in any way they needed — to support furloughed employees, for future use or to buy personal protective equipment as they adopted new health and safety regulations to help provide a safe experience for workers and customers.

Smith has introduced new ways to interact with her customers, including mobile ordering, which she plans to continue post-pandemic. While the rest of the country was stockpiling and panic-buying items such as toilet paper and hand sanitizer, Smith has had a hard time finding cup trays and snack chips.

The business environment is different now, but Smith said she has settled into the new routine.

“I have some employees who don’t feel comfortable coming back to work yet, so it’s definitely cut our labor down and, of course, wearing the mask while working is challenging,” Smith said.

Other business owners who received checks from the campaign include Robinson, who said he has always known the generosity of living in a rural area.

With a brick-and-mortar location a block north of the Phillips County courthouse, a big part of Robinson’s business comes from catering. He typically hauls a mobile smoker and kitchen to events all over northern Colorado. Since events have largely been canceled, he said he banked his share of the Help Holyoke money, which will help him save on stress and worry down the line.

Holyoke salon owner Veronica Marroquin was left speechless by the gift of money from her neighbors. She said the time she was shut down was stressful financially and mentally.

“I was so shocked and so thankful that the community cares about our business staying afloat and staying open,” Marroquin said. “It feels so good to know that people care, you know?”

Marroquin said people also paid for their regularly scheduled haircuts even though they didn’t get them during the stay-at-home order. She said it helped her and the other stylists during a time when their business wasn’t considered essential.

Even though the nearly 4,300 people who live in Phillips County cannot physically be together, the camaraderie and spirit generated by the Help Holyoke and Help Haxtun campaigns has helped them stay positive.

“I just think that your neighbors are not just the people across the street and next door to you, they’re everybody in the county,” Herman said. “You support everybody, because if you don’t support one business, how are you going to survive?”