A Colorado castle with room for development? It could be yours for the low price of $19.75 million 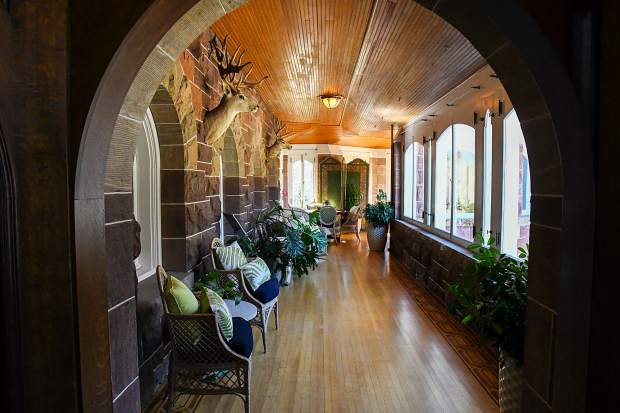 The Redstone Castle could be yours for less than $20 million.

The Carvers undertook extensive restorations on the iconic Crystal River Valley property over nine months, opening for business in 2018.

“It was in quite [a state of] disrepair when they took possession of it, and now it looks, as the owner said, as good as the day it opened,” listing agent Chris Souki said. “The amount of thought and effort the Carvers put into restoring and bringing [the castle] back to its former glory is second to none.”

Souki, who is sharing the listing with realtor Jeff Bier, wouldn’t disclose how much the renovations cost, but said, “far more than one would think.” Steve Carver declined to comment for this story.

“If the improvements or the land didn’t justify the price then I probably wouldn’t have taken the listing,” Souki said.

The castle website offers nine suites starting at $425 per night, until the castle closes for winter on Oct. 13. With COVID, private castle tours are offered at $150 for four people. Factoring in expenses such as staffing, maintenance and $73,165 in property tax (according to the MasonMorse page for the castle), who would be the buyer for this property?

“I think it’s probably someone who appreciates the history of the property … and then someone who wants to have a unique investment. … They would probably would want to run it as an experiential hotel,” Souki said.

Wikipedia defines experiential travel as “a form of tourism in which people focus on experiencing a country, city or particular place by actively and meaningfully engaging with its history, people, culture, food and environment.”

One way to increase the revenue is through approvals the Carvers secured from Pitkin County for 14,500 square feet of additional buildings, including four 1,800-square-foot three-bedroom cabins and four 1,200-square-foot two-bedroom cottages. The approvals also allow for a 2,500-square-foot staff housing unit.

“It’s very rare for a lodging operation in Pitkin County to have more development rights,” Souki said. “You can’t quantify how valuable that is.”

The cabins and cottages cannot be sold individually, Allison Goldberg of MasonMorse said in an email.

The new buildings would add on to the castle’s current 11 suites and four bedrooms in the carriage house.

Another value of the property is 2,000 feet of Crystal River frontage, Souki said.

There is some discrepancy regarding the size of the castle, originally known as Cleveholm Manor. The castle website refers offhandedly to builder John Osgood’s 23,000-square-foot mansion. Data obtained from MasonMorse define the castle more precisely at 19,495 square feet.

While the round number of 23,000 square feet is likely an estimate, it may also include the carriage house, which MasonMorse data says is 5,944 square feet.

The MasonMorse page for the castle lists 29,632 square feet of living space. It’s not clear which of those buildings are included in living space.