A-Basin reopens, the first Colorado resort to host skiers and snowboarders amid pandemic 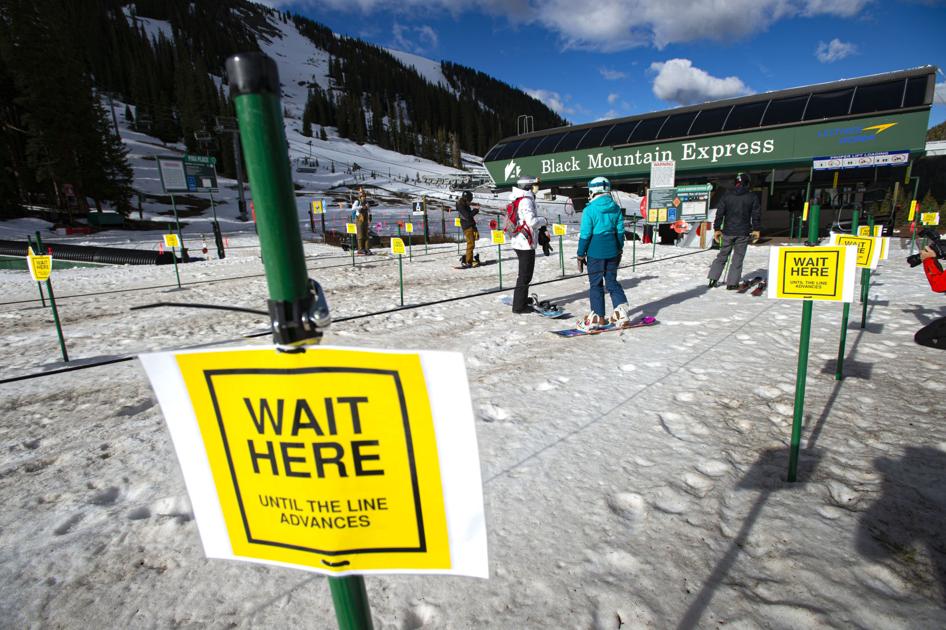 The good news came with a warning:

“This is going to be very different,” Arapahoe Basin Ski Area CEO Alan Henceroth wrote Sunday as part of his blog post announcing the reopening of the slopes.

And so it was Wednesday. A-Basin’s chairlifts were the first to board Colorado skiers since mid-March, when the coronavirus pandemic shut down the state’s iconic industry.

The Black Mountain Express took one passenger at a time, or small groups from the same household. On nearby concrete, Henceroth drew Xs with chalk, spacing them out with a tape measure — marking spots where the day’s lucky 600 visitors were to socially distance themselves. They were the ones chosen from a lottery reservation system that crashed Monday because of what operators said was immense demand.

Normally, A-Basin might host a few thousand people on such a sunny day in May. “The Legend,” as they call this ski area, typically has the longest season in North America, stretching into June.

Spring skiing is all part of the legend. As are the “beach” parties in the parking lots.

But on Wednesday, it was mostly quiet. One or two people were seen here and there unloading their gear, drinking a beer in their own company. No beers were poured in the lodge, nor was food served. The only business taking place inside was the personal kind in the bathrooms.

The restaurant closure was part of the new rules. Masks had to be worn at all times. Even atop ridges where guests breathed in that fresh, mountain air they’ve missed, they were being asked by patrollers to cover up.

It was as Henceroth wrote: “We need to take this very seriously and we need to respect the guidance given by our Summit County and State of Colorado health officials. We have to open in a responsible way. We need everyone to help.”

Daily drawings are set to continue for as long as A-Basin stays open. For more information, go to arapahoebasin.com/may27-reopening/.