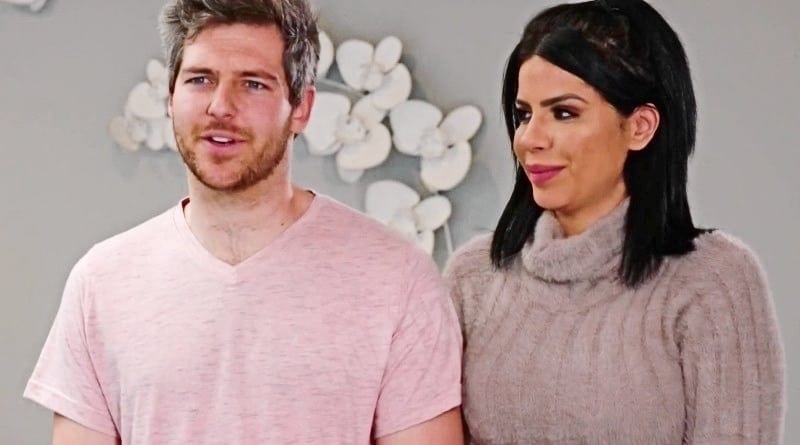 90 Day Fiance‘s Larissa Dos Santos Lima and Eric Nichols are ditching the desert of Las Vegas for the snow in Colorado. Eric officially sold his house, so he and Larissa are ready for the next chapter of their lives in his hometown.

90 Day Fiance: Happily Ever After watchers know Eric Nichols and Larissa Dos Santos Lima ended things and got back together. A good portion of Larissa’s storyline this season on the TLC spinoff shows the pair ironing out things that led to them calling it quits in the first place.

Meanwhile, the pair seem genuinely happy in current 90 Day Fiance episodes. And, based on the latest developments, that carried over once filming wrapped. Eric Nichols sees Larissa through her surgery in current episodes. And, Eric said that going through that and taking care of her showed him they have what it takes for the long haul. Larissa said that’s what she wants, too.

Eric Nichols put his Las Vegas home on the market a few weeks ago with an asking price of $240,000. And, Larissa revealed recently that the sale officially closed. She added that they are “moving” and “ready” for Colorado Springs.

90 Day Fiance: Happily Ever After – Larissa Needs Green Card to Stay in America

In addition, there’s also the fact that Larissa Dos Santos Lima needs a green card to continue to stay in America. And, this is especially true since her divorce from 90 Day Fiance‘s Colt Johnson. Because she is no longer married to an American citizen, the deportation process is still ongoing. And, it’s something that hangs over her head.

It could be things progress with Eric Nichols as a way to ensure she gets to stay in America for good. 90 Day Fiance ex-husband, Colt Johnson, withdrew Larissa Dos Santos Lima’s K-1 visa application. Soap Dirt’s visa officer insider revealed recently that Larissa has no “legal basis” to obtain a green card since Colt’s withdrawal. So, the only way for her to stay in America for good is to remarry and get a CR-1.

A CR-1 (conditional resident visa) is for couples that have been married less than two years. With the CR-1, you get a green card. But, the process could take several months. Still, with the threat of deportation looming, that may be the next step in the relationship for the 90 Day Fiance pair. And, moving into a house together in Eric’s home state looks like a step toward that.

Eric Moves Larissa Back to His Hometown

Larissa Dos Santos Lima hinted weeks ago that she and Eric Nichols would ditch the Las Vegas desert for the snow. She didn’t reveal where they’d go at the time. But, many 90 Day Fiance followers speculated that they could go to Colorado since that’s where Eric is from.

Meanwhile, moving back home to be closer to family suggests things could be getting serious for the pair. And, the fact that they’re shacking up together on top of that could mean they’ll walk down the aisle and make things official soon.

With the possibility of deportation looming, it makes sense for the pair to marry. This is especially true since Larissa Dos Santos Lima wants to stay in America for good. This coming January marks two years since Colt filed to divorce his 90 Day Fiance ex-wife. And with a 24 month backlog in deportations, Larissa’s time in the United States is running out.

It’s clear she moved on from that chapter in her life. And, that she may see something more permanent with Eric Nichols in the near future.

For all the updated 90 Day Fiance scoops, return daily to Soap Dirt.