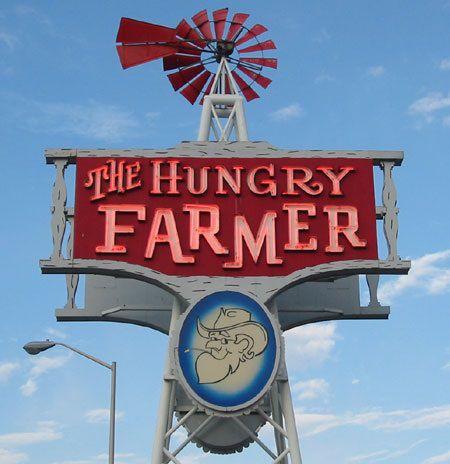 It seems that every week a new regional franchise announces that it’s coming to Colorado Springs, and that’s great.

But what local establishments that have now been closed do you wish would make a comeback?

We asked Gazette readers on Facebook what popular local restaurants they miss that are no longer in Colorado Springs.

The response was impressive, with more than 150 comments and hundreds of replies to those comments. More than 20 different restaurants were mentioned.

There were some who longed for the return of franchises that have left Colorado Springs but exist in other places like Fuddruckers and Marie Calender’s. After doing some digging, I was surprised to learn Shakey’s Pizza is still in business, primarily in California. There’s also still a Godfather’s Pizza in Colorado. You’ll have to drive to Pueblo to eat there.

While several old regional franchises were mentioned, what people were most nostalgic for were some local favorites that have come and gone.

Here are the top 9 former local restaurants Gazette readers miss, in order of the number of mentions they received.

9. The Ritz Grill – A popular and stylish gathering place for power lunches with late-evening cocktails and live music, The Ritz closed in 2017. The restaurant opened in 1987 at 15 S. Tejon St., in the heart of downtown.

8. Montague’s Coffee and Tea – A refined tea and coffee emporium, Dave McIntosh and Jeff Weller opened the shop in 1997, naming it after the business that had been in the small, brick building at 1019 S. Tejon St. for 37 years — a place called Monty’s Inn. It closed in 2019.

7. The Soda Straw – Located at the north end of the Rustic Hills Shopping Center (1705 N. Academy), the building is gone and all that remains are the remnants of the parking lot. In its heyday, it was a center for birthday parties and a rendezvous for sweethearts.

6. Furr’s Cafeteria – After 38 years in a strip mall at Pikes Peak Avenue and Printers Parkway, Furr’s shut its doors on Jan. 14, 2003 after its corporate parent filed for bankruptcy. A second Colorado Springs location had closed four months earlier. .

5. Giuseppe’s Old Depot – The Ochs brothers – Don, Harlan, Ken and Larry – bought the train depot from the Denver and Rio Grande Railroad at 10 S. Sierra Madre Street in September 1971, the same year the railroad ended passenger service to the city. It served as one of Colorado Spring’s favorite Italian eateries until its closure in 2011.

4. Michelle’s Chocolatiers & Ice Cream – Founded in 1952 and moved to its famous location on N. Tejon Street in 1954, Michelle’s was seized by the IRS in May of 2007. Among the items auctioned off was a framed 1959 Life Magazine cover featuring the shop. For over 50 years, it was the place to go in Colorado Springs for first dates and family outings.

3. The Hungry Farmer – This Colorado Springs icon located on Garden of the Gods Road opened in June of 1969. Wait staff used what they called the “high pour” to serve coffee, balancing a cup on their foot while pouring from a pot held high in the air. The restaurant closed in 2003 and the building has since been demolished.

2. Fargo’s – The quirky restaurant based on an Old West theme opened in 1973. On Dec. 7, 2020, a notice was posted on the front entrance, saying Fargo’s is closed “until further notice.” The restaurant’s website posted it was closed “temporarily” but did not provide a time frame and hasn’t been updated since.

1. Red Top – Founded in 1944, there were five Colorado Springs locations and one in Pueblo at the chain’s peak. The restaurant featured hamburgers so large that one covered an entire plate. Hard times and tax issues doomed the chain, which closed the last of its locations in 2012.