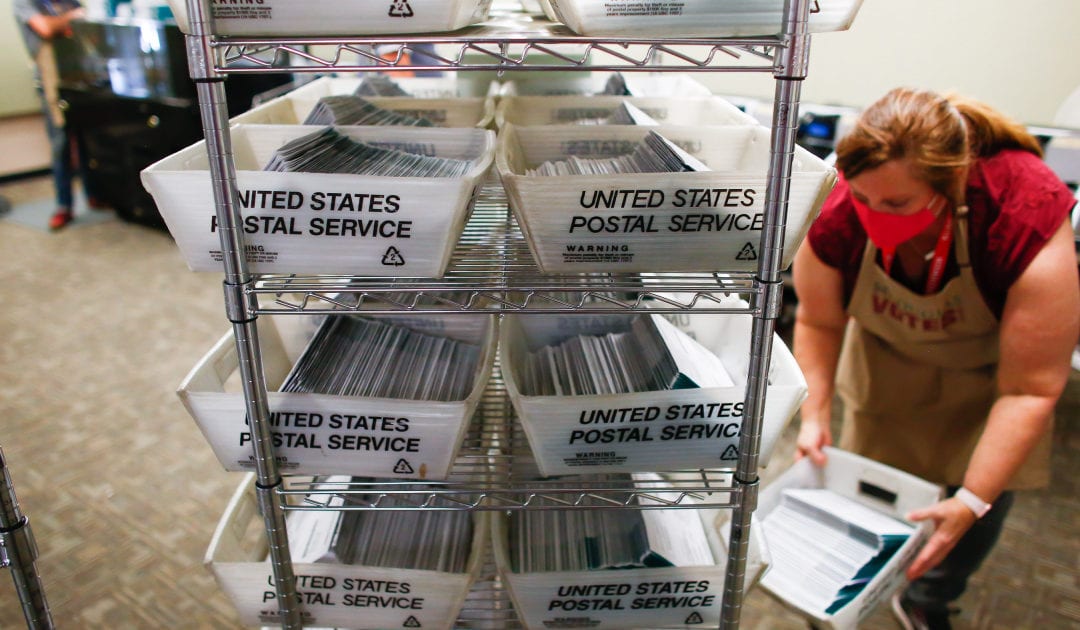 There was no evidence of widespread voter fraud in Colorado presented during a day-long, legislative hearing held by Republicans Tuesday on the state’s election integrity. But there was plenty of bipartisan praise for Colorado’s voting systems and processes.

“We are the gold standard for voting in our country,” said El Paso County Clerk and Recorder Chuck Broerman, a Republican. “Everybody wants to be like Colorado.”

The Legislative Audit Committee hearing, held at the Colorado Capitol with some lawmakers participating virtually because of the pandemic, was initiated by Republican members of the state House, namely Rep. Lori Saine, the panel’s GOP chairwoman. It happened under the backdrop of persisting, baseless claims from President Donald Trump about mass voter fraud that cost him reelection.

Saine, who lives in Firestone, told The Colorado Sun before the meeting that she called for it after hearing concerns from constituents. “You’ve got certain states with election integrity issues,” she said last week. “But did it happen here in Colorado? It’s really kind of on us to help answer that question. Did it happen here? Did we have widespread fraud?”

The resounding answer from county clerks, Republican former Secretary of States Scott Gessler and Wayne Williams, and even Jenna Ellis, a top attorney for Trump, was no.

Williams said there are instances of fraud in every election, but not to the level where it would affect congressional or statewide races.

“We do have good, redundant systems,” Gessler said.

Ellis, a Coloradan who has been leading Trump’s floundering efforts to overturn the 2020 election results in the his favor, said while she didn’t have evidence of widespread wrongdoing in Colorado, there was enough suspicion that the legislature should investigate.

Ellis pressed the Legislative Audit Committee to look into Colorado counties’ use of software from Denver-based Dominion Voting Systems. She offered no evidence for why, other than pointing to debunked claims about problems with Dominion’s systems in other states.

Ellis also raised the unfounded suspicion of impropriety in Jefferson County because of its shift from an election battleground to a Democratic-learning area of the state, and because of its use of Dominion products. Jefferson County, like many Denver-are counties, has shifted to the left over the past eight years.

“We don’t know if it’s happened in Colorado,” Ellis said of widespread fraud. “Wouldn’t you like to find out?”

Democrats on the committee rejected Ellis’ premise, saying there’s no need to look into Colorado’s election integrity because there’s no proof that anything is wrong. Sen. Rhonda Fields, an Aurora Democrat who sits on the audit committee, said she was outraged that taxpayer money was being used for Tuesday’s hearing. She said questions about the state’s election systems amounted to a “nothingburger.”

“Colorado runs some of the most secure elections in the country,” she said. “We’re proud to showcase a number of the processes and tools we use that states around the country look to for best practices.”

County clerks, meanwhile, pointed out that they are constantly looking for fraud and malfeasance and have not found anything substantial. Each Colorado election is audited to ensure there are no abnormalities or voter impropriety. On the rare occasion allegations surface, they are investigated by local elections officials and prosecutors. There are also automatic checks and balances, including voter-signature verification and a paper trail for every vote cast.

Stern resoundingly rejected the assertion of wrongdoing in Jefferson County, pointing to inaccuracies in Ellis’ testimony about voter registration in his county decreasing over the past six years when it has steadily gone up.

As for Dominion Voting Systems, Colorado Secretary of State Jena Griswold, a Democrat, submitted written testimony as part of the hearing defending the company’s efficacy and security. She said that the state runs checks to make sure Dominion systems are running appropriately.

“Dominion software has been used broadly in Colorado since 2015,” Griswold wrote. “Dominion hardware and software, under a previous set of contracts, was used by several Colorado counties as far back as the 1990s. Importantly, no evidence of wrongdoing has been presented against Dominion concerning its use and performance in this election or any other.”

Griswold did not appear in person at the hearing. “We were given the option of participating in writing, and chose to do so,” Betsy Hart, a spokeswoman for Griswold, said in a statement. “We hope our written testimony helps dispel election misinformation by underlining the facts.”

Despite the overall praise for Colorado’s election systems, Pamela Anderson, who leads the Colorado County Clerk’s Association, said there is always room for improvement. She outlined several legislative measures that could make Colorado’s already-strong voting systems and processes even better, including unspecified fixes to technical aspects of state voting law and better funding for county clerks and recorders.

Republicans on the audit committee still sought a state audit of the Colorado Secretary of State’s Office despite the overwhelming testimony about what’s working when it comes to the state’s elections. They were rebuffed, however, by Democrats on the panel, who said eight hours of testimony showed there is no need.

“The facts and the evidence do not lead us into OK’ing a fishing expedition into the Secretary of State’s Office,” said Rep. Tracy Kraft-Tharp, an Arvada Democrat.

Saine, the audit committee’s chair who is term limited and won’t be returning to the legislature when it reconvenes next month, urged the public to reach out to their state representatives and senators about ways to improve Colorado’s election processes.

“I think we identified a number of things we can improve,” said Sen. Paul Lundeen, a Monument Republican. At the same time, however, Lundeen said he’s confident that the election was spot on in his El Paso County and that the contest generally went off without a hitch across the state.

The legislature returns for its 2021 lawmaking term on Jan. 13.