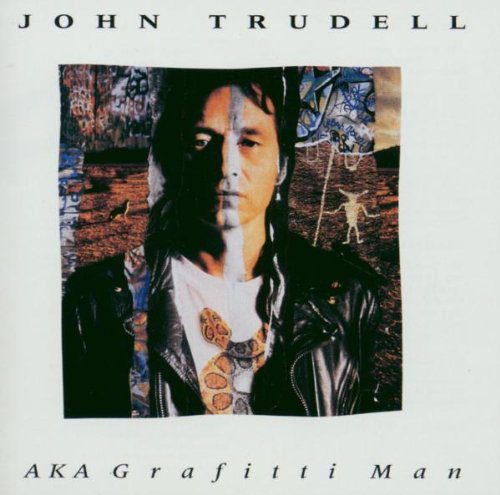 Did you know that November is National Native American Heritage Month? It’s a celebration of indigenous nations and cultures in what is now the United States that dates back over a century. Initially just one day a year, the celebration was expanded into a full month in 1990 under President George H. W. Bush.

At the Colorado Sound, we are excited to shine a light all this month on some of the incredible Native American musicians who work across multiple genres, including rock, folk, new wave, and blues.

Trudell, who died in 2015, was an activist, poet, actor, radio host, and musician, among other achievements. As a musician, he appeared and festivals and collaborated with artists such as Jackson Browne, Willie Nelson, and Neil Young. His best known album is AKA Grafitti Man, which he recorded with fellow Native American artist Jesse Ed Davis.

Jesse Ed Davis was a well-respected guitarist and studio musician who performed and recorded with a huge range of artists including Taj Mahal, Conway Twitty, Gene Clark, Bob Dylan, Leon Russell, George Harrison, John Lennon, and Eric Clapton. He also recorded a handful of solo albums, which are well worth seeking out. He died in 1988.

Debora Iyall was the lead singer of San Francisco new wave group Romeo Void. She formed the band with Frank Zincavage, Jay Derrah, and Peter Woods in 1979 – allegedly they were inspired after seeing punk band the Avengers play. Romeo Void had a couple notable singles, “Never Say Never” (an ’80s classic) and “A Girl in Trouble,” but they split in 1985. Iyall has since worked as a teacher, poet, and continued recording as a solo artist. A native of Washington, she is a member of the Cowlitz tribe.

A contemporary of Billie Holliday, Mildred Bailey was a popular jazz vocalist in the early 20th century, known for such songs as “Where Are You?,” “Darn That Dream,” “Never in a Million Years,” and “Rockin’ Chair,” which was written for her by Hoagy Carmichael and become her signature song. Bailey was born in Washington and grew up in northern Idaho, where her mother was a member of the Coeur d’Alene people. When she joined up with bandleader Paul Whiteman, she became one of the first women to sing with a big band. Other artists she collaborated, worked, and recorded with include Benny Goodman, Bing Crosby, and Red Norvo, whom she eventually married.

In addition to his African-American and Irish roots, legendary guitarist Jimi Hendrix had a grandmother who was part Cherokee. According to his sister Janie, this heritage influenced his style. In a 2010 interview with the Washington Post, Janie says that Jimi got his fashion sense from their paternal grandmother, who was part Cherokee, played vaudeville and had a flamboyant collection of feather hats and flashy costumes. “He loved suede, velvets and lots of color.”

– check this page every week for concert ticket giveaways

– get info and ticket links for upcoming live shows

Become a Member – learn how you can support the Colorado Sound