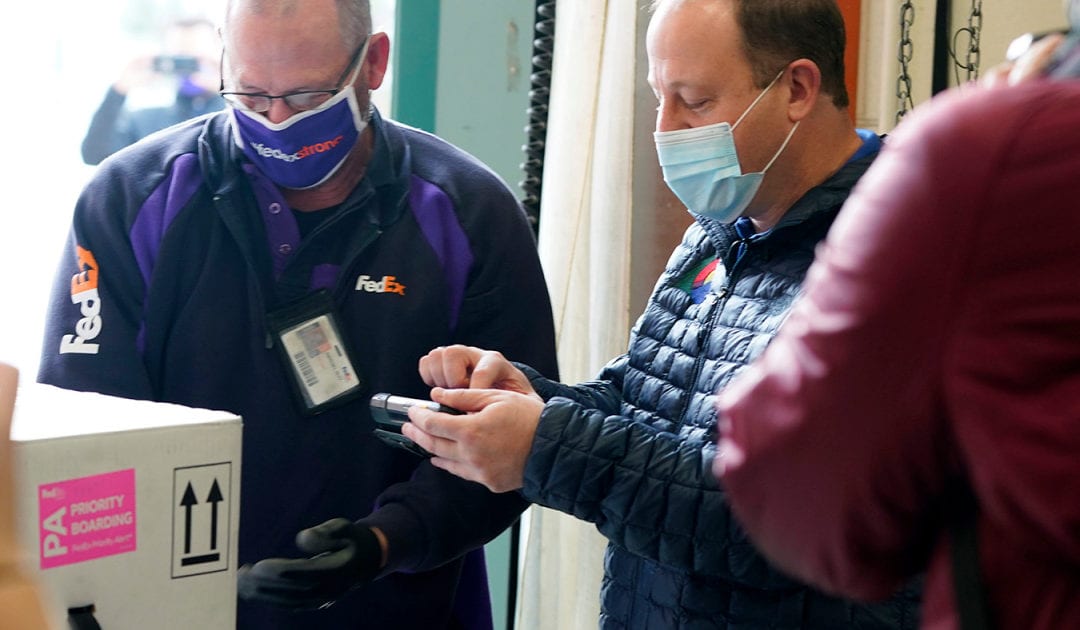 When Gov. Jared Polis pronounced in a nighttime tweet last week that counties in red-level coronavirus status could drop to the less-restrictive “level orange,” 41 out of 64 counties did not meet the requirements to do so.

Most of those counties were in level red because of their two-week incidence rate, a calculation of coronavirus cases per 100,000 people. Under the old rules, a rate of more than 350 per 100,000 puts a county in level red, the second-highest level on the governor’s coronavirus dial.

Eight of the counties previously had moved to level orange after getting the OK to reduce restrictions from the state health department, and the remaining 33 were allowed to move to orange Monday.

Several of the counties now allowed to move to level orange were well above the level-red metrics on New Year’s Eve.

Pitkin County, which had been operating at a level “orange-plus-plus” in previous weeks, had a two-week incidence rate of 1,751 per 100,000 people, according to Colorado Department of Public Health and Environment data last updated Thursday. Las Animas County was at 1,386, and Phillips County in the northeast corner of the state was at 911.

Until the governor’s latest directive, counties had to meet requirements in three areas in order to step down a level on the gauge of restrictions that determine whether restaurants and gyms can open and whether people can gather indoors.

Under red-level restrictions, counties cannot have indoor dining, personal gatherings are banned and the capacity of offices and businesses is reduced. Under orange-level restrictions, limited indoor dining is allowed and people can gather with members of one other household. Business and office space limits are also eased. And last call for alcohol sales is at 10 p.m., two hours later than in level red.

Besides the two-week incidence rate of COVID-19 cases, counties are judged on hospitalization rates and their two-week positivity rate, which is the percentage of coronavirus tests that were positive. Counties in the least-restrictive green level have a positivity rate of less than 5%, while counties in the red zone are above 15%.

Three counties in the state — Jackson, Grand and Mineral — were in the red zone with higher than a 15% positivity rate when the governor said they could move to level orange.

In his announcement on social media Wednesday night, the governor noted that 73% of the state’s intensive-care beds are in use. Statewide, Colorado was on a 13-day downward trend in coronavirus cases, he said.

“We have had to walk a difficult line between the public health crisis and the economic crisis,” Polis wrote.

Counties are allowed to enact stricter rules than the state requirements, but several counties announced they would ease up restrictions in light of the state’s new order.

Jefferson County was among the counties that moved from red to orange Monday. But public health officials have a local order that is more restrictive than the state’s level orange status. Indoor events in the county are limited to 25% capacity or 25 people, whichever is smaller. Spectators are prohibited at youth sporting events.

“With the move to level orange, we are cautiously optimistic that our community will continue to see some of the positive trends we’ve seen since the slight bump after the Thanksgiving holiday, like a decreasing positivity rate and a decline in hospitalizations,” Dr. Margaret Huffman, director of Community Health Services at Jefferson County Public Health, said in a news release. “That said, we know this holiday season was pivotal.”

Local public health officials from a handful of counties said they were frustrated by the governor’s decision to allow counties with red-level numbers to graduate to level orange, according to reports from The Denver Post and Colorado Public Radio.

The state health department reiterated Monday that Colorado’s coronavirus dial is a framework to create “different levels of openness” at the county level and allows counties to “balance, to the greatest extent possible, controlling the virus with our social and economic needs.”

“Our goal is to empower counties to operate with the least restrictions possible, while at the same time ensuring protection of the public’s health and Colorado’s hospital capacity,” state health department director Jill Hunsaker Ryan said in a news release. “We are closely monitoring disease transmission while working to provide much-needed economic relief by allowing businesses to operate with fewer restrictions.”