4 takeaways: No. 5 Iowa football was trailing at halftime, but Colorado State unable to finish upset 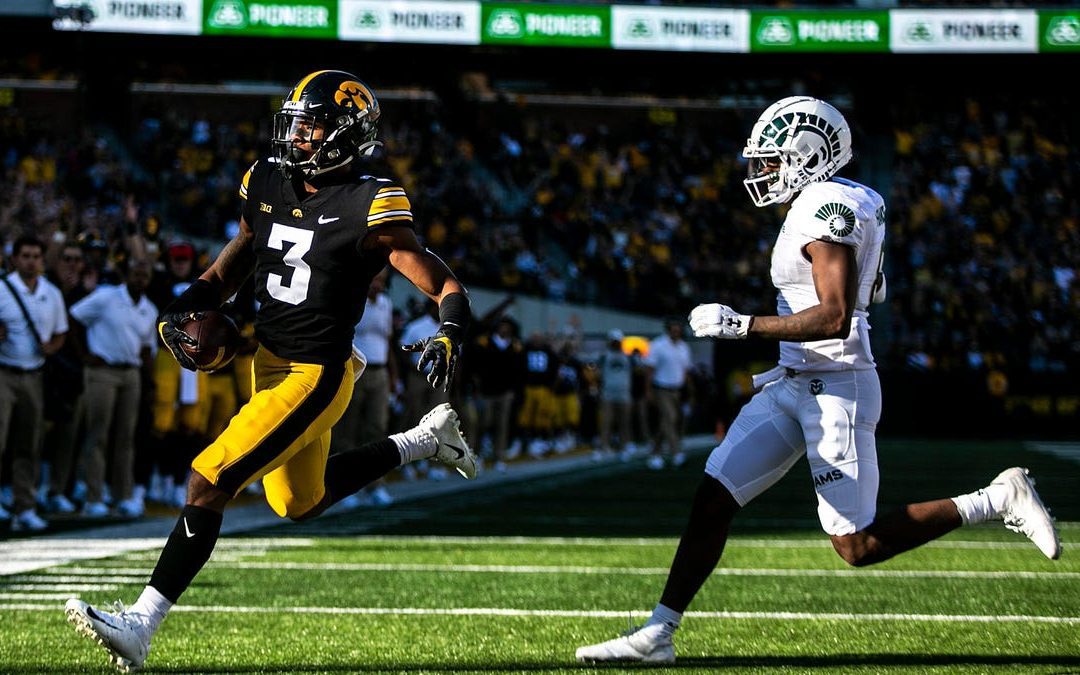 4 takeaways: No. 5 Iowa football was trailing at halftime, but Colorado State unable to finish upset

Were the Rams about to deal a massive shakeup to the early College Football Playoff hopefuls?

CSU led No. 5 Iowa by seven at halftime and it wasn’t a fluke. The Rams were dominating the Hawkeyes defensively and doing enough on offense to move the ball.

Big plays, big penalties and a big turnover turned the game in the third quarter as Iowa escaped with a 24-14 win in front of 65,456 fans at Kinnick Stadium.

Here are four thoughts on CSU’s loss, which ends the Rams’ nonconference play with a 1-3 record.

The first two quarters were about as good as CSU could have hoped for. The Rams not only led Iowa (4-0) but it was fully justified. For most of the first 30 minutes, CSU looked like the bully.

Then came halftime and that has often been the start of something bad for the Rams this season.

Sure enough, CSU eventually made the mistakes that keep a team from pulling off a big upset.

Iowa punted on its first two drives of the third quarter. Todd Centeio then ran for a first down to help CSU get out of its own red zone but it was wiped out on a holding call. Shortly after that, A’Jon Vivens fumbled and Iowa jumped on the ball at CSU’s 6-yard line.

The next play resulted in an Iowa touchdown (a Tyrone Tracy run on a reverse). CSU then went three-and-out, and Kinnick Stadium was rocking once again.

A long return immediately put Iowa inside CSU’s territory. The Rams looked like they had a stop, but a pass interference call on third-and-long gave Iowa a first down. The next play? A 27-yard pass from Spencer Petras to a wide-open Sam LaPorta, who was all alone after a blown coverage.

All of a sudden and in less than three minutes, Iowa went from down seven to up seven.

That wasn’t officially game over, but it completely swung the contest, and CSU never really threatened again.

Defense with an encouraging day

CSU’s defense can certainly claim it did its part.

The front seven dominated last week in a win at Toledo and carried it over to this game. Scott Patchan set the tone with three tackles and a sack on Iowa’s first drive. Iowa’s first scoring drive resulted from a deep play and blown coverage.

That said, Robert Floyd’s interception and 62-yard return deep into Iowa territory late in the first half set up CSU’s offense for a TD (a Gary Williams catch) to take the lead.

There continue to be concerns in the secondary. Safety Henry Blackburn was dressed but didn’t play due to injury and Floyd left the game hurt in the third quarter.

But the front seven have been good enough for CSU to be encouraged and hopeful of what they can do in conference play.

(Story continues below the image)

Iowa had big plays on offense and CSU didn’t. That, in large part, was the story of the game.

A 34-yard pass from Centeio to E.J. Scott late in the fourth quarter with the Rams down 10 was CSU’s longest play of the game. CSU didn’t gain more than 19 yards on any other play. The Rams also had a 4th-and-1 at Iowas 41 that they didn’t convert.

Receiver Dante Wright was sidelined again, and CSU has no vertical passing game without him. Trey McBride was good again (six catches for 59 yards) but the passing game was not.

Centeio missed a wide-open McBride on a flea-flicker play that should have been a touchdown in the first quarter. Centeio finished the game 16-of-30 for 155 yards. He had a rushing touchdown and a passing touchdown.

No CSU player outside McBride caught more than two passes.

Running back David Bailey left with an injury on the first series and did not return. A’Jon Vivens, Jaylen Thomas and Marcus McElroy combined for 73 rush yards on 27 carries.

How to view this team?

CSU is a perfect example of how odd college football can be.

The Rams opened the season with home losses to FCS power South Dakota State and SEC bottom-feeder Vanderbilt (the same team that lost 62-0 to No. 2 Georgia Saturday) but then beat a solid Toledo team on the road and had Iowa on the ropes at times.

So, what are these Rams?

It’s hard to be sure. Here’s what we think we know:

They’re a tough team to figure. There’s bye next week and then time to really learn about these Rams when conference play starts at home on Oct. 9 against San Jose State.