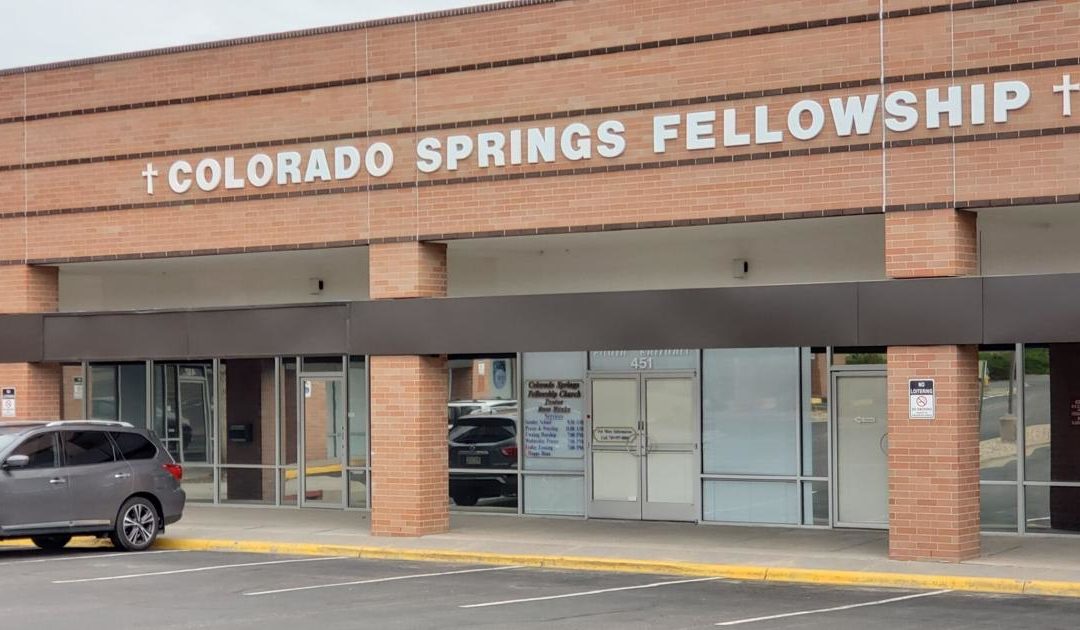 Four parishioners of a Colorado Springs church were convicted of burglary and trespassing Monday after attempting to reclaim property from a parish family last year.

In August 2020, a group of Colorado Springs Fellowship Church members tried to reclaim an apartment and property they’d lent to a church family because they weren’t complying with their terms. On Monday afternoon, parishioners Eric Jenkins, Matthew Brown, William Williams and Willie Pee were found guilty of second-degree burglary and felony trespassing.

Four other criminal cases in the incident are still pending in District Court. Clifford Stewart, another charged parishioner who called police the day of the incident, is scheduled to see his case go to trial in November, while a trial for Michele Harris, accused of stalking, is set to start in December.

The convictions come as a civil lawsuit accusing the detective on the case, Brian Corrado, along with Fourth Judicial District Attorney Michael Allen and Colorado Springs Police Chief Vince Niski and their offices, of racial and religious prejudice in their handling of the incident pends in federal District Court.

On Aug. 19, 2020, according to a police arrest affidavit, several parishioners from the church arrived at the home of Nicholas and Arnisha Gainer with a locksmith and bundles of black trash bags, on a mission to reclaim the apartment the church had lent to the family out of their “Christian charitable efforts.”

The lease agreement for the apartment was in the name of Yolanda Banks Walker, treasurer and daughter of church pastor and founder Rose Banks, according to the affidavit. According to the Gainers, the family paid roughly $1,000 per month as rent, and the church owned all the furniture in the apartment.

But roughly a month before the incident, the relationship had soured, after the church served the family a notice to vacate on claims that someone in the household had been smoking marijuana and improperly storing and handling a gun inside the apartment, according to the affidavit.

That order, police later wrote in the affidavit, was “not lawful” because only the El Paso County Sheriff’s Office “had the authority to forcefully evict El Paso County residents.”

When the parishioners showed up at the Gainers’ apartment, Nicholas Gainer told police, they forced their way in, changed the locks and began packing the apartment into the trash bags.

Gainer said he argued with the parishioners, but told police that eventually led to a shoving match and one of the parishioners placing him in a headlock, making him fear for his and his family’s safety.

To get the parishioners out of the home, Gainer told police, his 16-year-old son brandished a baseball bat and shouted at the parishioners to leave, allowing Gainer to grab the gun he legally owned from his bedroom and do the same.

He told police he never pointed the gun at parishioners, instead holding it at his side.

Parishioners initially denied to police there was any physical confrontation besides blocking the way to the bedroom when Gainer went for the firearm, but later said the argument with Gainer had ended in a shoving match. They said in the lawsuit they backed off when he emerged from his room with the gun and called police.

The Gainer family told police in interviews after the incident that on top of the alleged break-in, parishioners had also been making the rounds with their employers, making several calls and sending several letters to their offices claiming the family “should not be working around children.”

According to court records, parishioners who went into the apartment were arrested two months later, on Oct. 30, on charges ranging from child abuse to conspiracy to commit burglary.

On Monday, all of the parishioners on trial were acquitted of child abuse, and Williams was also acquitted of conspiracy to commit burglary. All were found guilty of felony trespassing, second-degree burglary and tampering.

In the federal lawsuit pending in U.S. District Court in Denver, Colorado Springs Fellowship Church, along with the eight church members charged with crimes in the incident, alleged that Corrado, the police department and the District Attorney’s Office had forged on with their investigation into the incident based on racial and religious prejudice.

“Allen, Niski and Corrado treated the plaintiffs less favorably — and in a much more unreasonable manner — than they would similarly situated Caucasian counterparts, wholly or in part, because of their race,” the lawsuit alleged.

The church alleged Colorado Springs police and prosecutors had ignored crimes committed by family members of the apartment parishioners tried to reclaim, and cited the Religious Land Use and Institutionalized Persons Act in their claim that police had unconstitutionally violated their rights to exercise their religion.

In the lawsuit, the church also alleged that department policies were not properly followed, zeroing in on Colorado Springs officers’ failure to have their body-worn cameras switched on while investigating the incident.

When reached for comment, Colorado Springs police spokeswoman Natashia Kerr said the department was unable to speak on the matter because it’s being litigated. Julie Smith, spokeswoman for Colorado Springs, said the city doesn’t comment on pending litigation, and Howard Black, spokesman for the District Attorney’s Office, also said it would not be ethical to comment on active litigation. Attorney Nathan Whitney, who represents Allen and the District Attorney’s Office, did not respond to Tuesday calls or emails for comment.

The lawsuit, filed in May, is currently in limbo after the District Attorney’s Office and the city of Colorado Springs each filed motions to dismiss the case. A judge still has yet to rule on the motions, according to court records.

Jenkins, Brown, Williams and Pee are set to be sentenced in January. For the top charges, the second-degree burglary convictions, they could face four to 12 years in prison with five years of mandatory parole, as well as possible fines of $3,000 to $750,000.