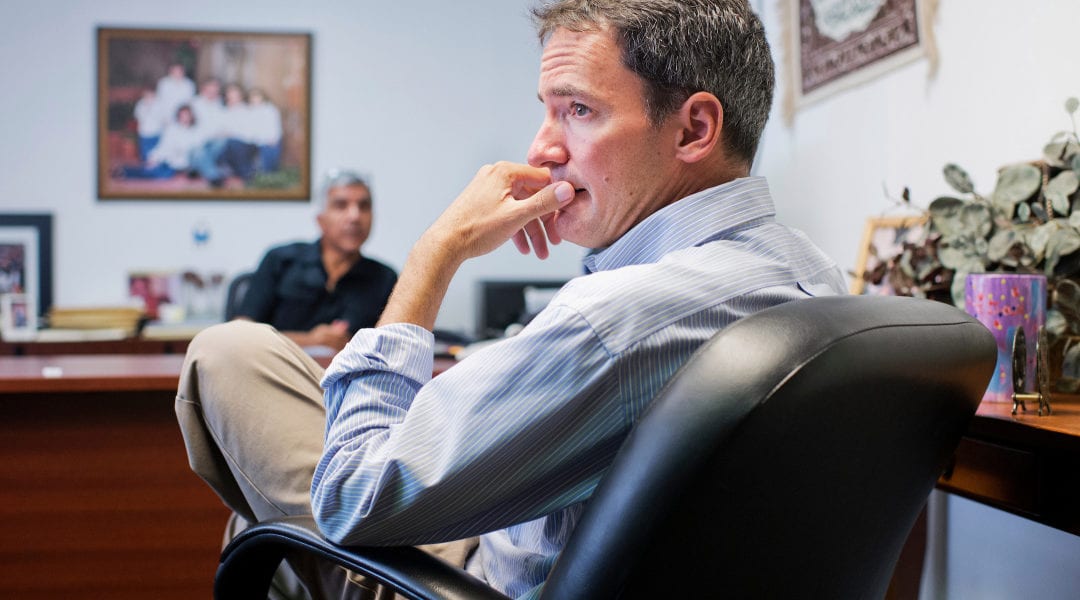 Hickenlooper has said the attacks are a sign that Republicans view him as the stronger candidate. But some Democrats believe that whoever emerges from the primary will have a good chance of defeating Gardner, since the state has been trending in their direction in recent years. Inside Elections with Nathan L. Gonzales rates the Senate race Tilt Democratic.

Republicans in Oklahoma and Utah will pick challengers to two of the most vulnerable House Democrats, both of whom flipped districts President Donald Trump won in 2018.

Neece, a businesswoman who was the state’s first female candidate for lieutenant governor, self-funded $450,000 of the $982,000 she has raised for her campaign. She has stressed her unswerving allegiance to Trump, saying in a recent debate that Trump is “the best president we have ever had,” defending his response to the coronavirus pandemic and echoing his repudiation of “mob rule” when she was asked if she supported the Black Lives Matter movement.

The anti-tax Club for Growth, which has spent $216,000 opposing Bice, put out an ad last week attacking her for “handing out” Oklahoma tax dollars to “Hollywood liberals” like “convicted rapist Harvey Weinstein.” Bice called the spot an insult to Oklahoma women and put out her own ad in response, saying it was made by “Never Trumper D.C. swamp lobbyists” attacking her because she “stands with Trump.”

Horn, who is expected to easily dispatch primary opponent Tom Guild, has $2.4 million in the bank

In Utah’s 4th District, none of the four GOP candidates vying to challenge Rep. Ben McAdams has managed a breakout moment. Even though Republicans had high hopes of winning back the district that Trump won by 7 points, spending and advertising in the race has been minimal, according to Utah Policy.

Top fundraiser Burgess Owens, a former NFL player, had the lead in a UtahPolicy.com/KUTV poll of likely Republican primary voters. Owens, who also has been a frequent contributor to Fox News, had raised $640,000 by June 10 and had $111,000 left in the bank.

Republicans are also targeting Democratic Rep. Jason Crow in Colorado’s 6th District, who served as an impeachment manager and also flipped a Republican-held seat in 2018. Only one GOP candidate is competing in Tuesday’s primary to take on Crow: former state party chairman Steve House. Inside Elections rates the race Solid Democratic.

There could be a 2018 rematch in Colorado’s 3rd District if former state Rep. Diane Mitsch Bush wins the Democratic primary to take on GOP Rep. Scott Tipton. She lost to Tipton by 8 points in 2018, which was his smallest margin of victory since he unseated Democrat John Salazar in 2010.