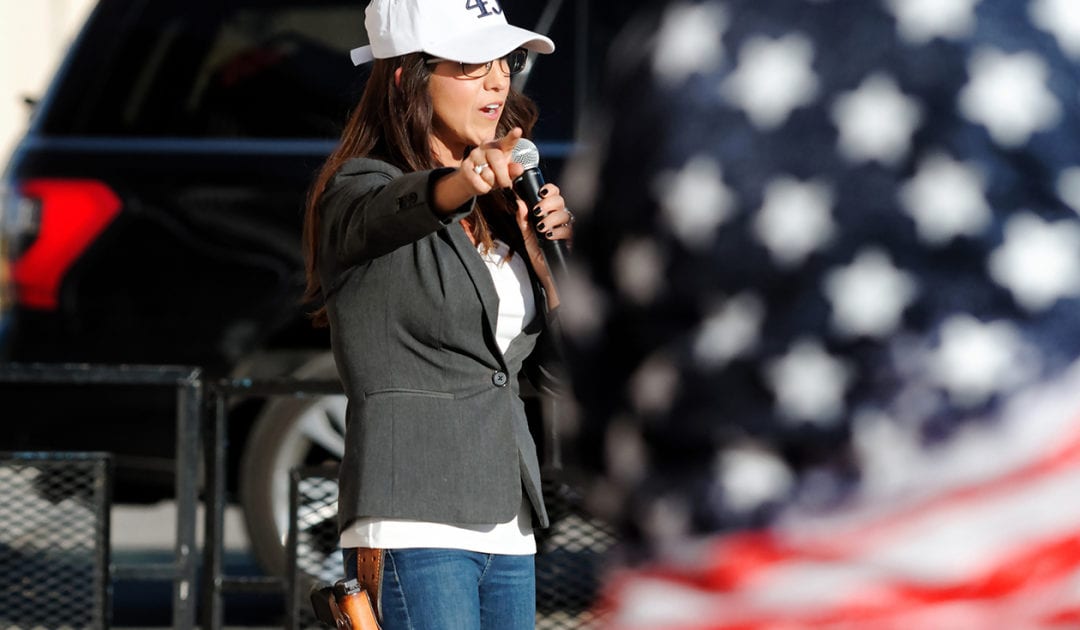 Given the conservative voter-registration lean of Colorado’s 3rd Congressional District, Republican Lauren Boebert was always the frontrunner in the battle for the open seat.

Boebert won anyway — and in a sizable way. She was leading Mitsch Bush, who has conceded, by 5 percentage points as of Wednesday afternoon with ballot counting still ongoing

Here are three numbers that help explain the outcome in the 3rd District, which spans across the Western Slope into Pueblo.

Boebert’s win and Mitsch Bush’s loss can be explained, most easily, by the Democrat’s failure to secure a big victory in Pueblo County.

As of midday Wednesday, Mitsch Bush was leading Boebert in Pueblo by 2 percentage points and about 2,000 votes. Those numbers are expected to change some as more votes are counted.

The good news for the Democrat is she clearly fared better in Pueblo than she did in 2018, when she was running against Republican incumbent U.S. Rep. Scott Tipton and was one of just two Democrats on the ballot in Pueblo who lost.

But what’s clear is that Mitsch Bush’s need for a big victory in Colorado’s Steel City did not materialize.

Experts told The Sun heading into the election that Mitsch Bush needed a double-digit win in Pueblo to counteract the Republican vote in Grand Junction and other parts of the district. Sal Pace, a former state lawmaker and Pueblo County commissioner who ran unsuccessfully in the 3rd District in 2012, said it wasn’t enough for Mitsch Bush to simply win in Pueblo.

In her victory speech, Boebert nodded to the importance of Pueblo in the district, saying her win was “for the steel workers in Pueblo.”

That’s how many more Republicans cast ballots this year in Colorado’s 3rd District compared to Democrats, according to turnout data through Wednesday morning.

That number is expected to shift some as the final vote tallies come in, but it provides an important window into why Boebert won: The district still leans conservative.

Mitsch Bush, in that respect, was always facing an uphill battle.

“It’s still just a Republican district and it wasn’t quite there for Democrats to pick it up despite the wave that we saw elsewhere in the state,” said Ryan Winger, director of data analysis and campaign strategy at Magellan Strategies, a conservative-leaning polling firm based in Louisville.

The bulk of the votes cast in the district, according to Wednesday morning’s turnout data, were from unaffiliated voters, with 160,380. Republicans cast 151,852 ballots and Democrats cast 121,416 ballots.

Boebert’s margin of victory midday Wednesday — 22,566 — was close to the difference between the number of Republicans who turned out compared to Democrats.

“Clearly, she didn’t win the unaffiliated voters,” Winger said, “but she won enough of them to hold onto that lead.”

Republicans believe Boebert was able to energize the conservative vote to ensure that the 3rd District’s voter-registration advantage for the GOP was reflected in the returns.

“The thing about Lauren’s candidacy: It has brought people to party events that we’ve never seen before,” said Marla Reichert, the Pueblo County GOP chairwoman. “She’s brought us a whole new swath of people that we weren’t connecting with before.”

Colorado has definitely felt the economic effects of the coronavirus crisis, and the Western Slope and San Luis Valley — which are in the 3rd District — have been among the hardest hit.

In fact, according to mapping federal unemployment data by The Daily Yonder, 26 of the 29 counties in the 3rd District have lost more jobs in the past year on average than other rural parts of the country.

Boebert’s campaign feels the Republican was able to connect with voters because she is a small business owner herself. Boebert’s Shooter’s Grill in Rifle, where the wait staff is armed, was forced to shut down because of the pandemic before reopening in defiance of public health orders.

Laura Carno, Boebert’s campaign spokeswoman, said voters didn’t hold it against Boebert for violating public health directives. Instead, people connected with her for battling through the pandemic.

“They knew they were talking to a fellow business owner,” Carno said.

“I think that said something to voters that Lauren was willing to be out there,” Carno said.

Democrats often attacked Boebert for continuing to campaign in-person despite the pandemic, calling her reckless. But they also privately worried that Mitsch Bush’s decision to only hold virtual gatherings and not travel across the massive district was a mistake, especially since voters on the Western Slope really value candidates who show up.

“I totally respect a campaign’s decision to do virtual events and not gather crowds together,” said state Sen. Kerry Donovan, a Vail Democrat who represents a number of mountain communities in the 3rd District.  “I think you still have to get out in-district.”