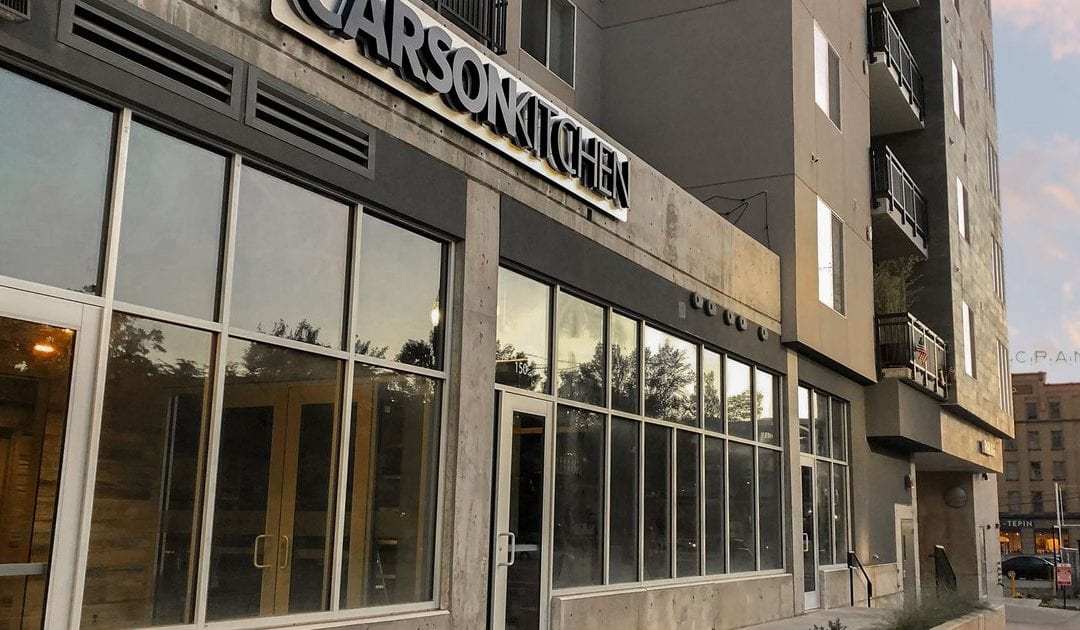 The coronavirus has been tough on Utah’s restaurant industry, but it hasn’t prevented some business owners from launching new places to eat.

There’s a new Southern-inspired restaurant that opened this week in Salt Lake City and a neighborhood hangout with sandwiches and small bites in the Liberty Wells neighborhood.

We also found a family-run tamale shop in a strip mall that’s not only surviving, but thriving.

They’re all following social distancing — and other health guidelines — as well as offering takeout.

Southern with a twist

Only three U.S. cities have a Carson Kitchen.

The original Las Vegas location opened in 2014 in the historic Fremont East district.

Chef/owner Cory Harwell launched his second restaurant in Atlanta in February, about a month before the pandemic hit.

And on Tuesday, the third casual eatery opened at 241 W. 200 South, in Salt Lake City — next to the AC Hotel downtown.

“I fell in love with Salt Lake City a few years ago while traveling with friends,” Harwell said in a news release, “and knew immediately it would be a great fit for Carson Kitchen.”

The menu is inspired by Harwell’s grandmother, who grew up and cooked in Woodstock, Ga. Guests can expect Southern influences — with a twist — like crispy chicken skins with smoked honey, gyro tacos with lamb and tzatziki sauce and the cocoa-espresso New York strip steak with red wine glaze.

Measuring a 6-foot space between chairs is an unusual exercise for a new restaurant. But that was the reality for Tappo, a new sandwich, small plates and wine restaurant that opened in June, in the midst of a pandemic.

Juggling to comply with health regulations while also preparing coffee in a Syphon maker — “the coolest” brewing method — was an exceptional scenario, said manager Alli Tuttle.

Tappo replaces Elevo, one of the first casualties of the pandemic. It was chef/owner Jen Gilroy who trained Tuttle and taught her to make many of the recipes.

Paninis, flatbread, breakfast items and bites fill the menu at Tappo, the Italian word for cork.

In the first two months of business, the gyro and roasted chicken paninis have positioned themselves as solid favorites, said Tuttle.

There’s also wine — which is fundamental for the live music and other events the restaurant is planning, hoping to eventually become a gathering place in the Liberty Wells neighborhood.

In December 2018, Cristina Olvera, her husband, Carlos Villa, and their five children wrapped nearly 10,000 tamales for the holidays.

At that time, Olvera operated a delivery and catering business out of her home.

Now that the kids are a little bit older — and can help with the business — she has opened La Casa del Tamal Mexican Restaurant inside the Azteca Indoor Bazaar at 3952 W. 3500 South in West Valley City.

Olvera’s goal is to stand out by enhancing favorite dishes. For example, she took traditional birria — a beef stew cooked in a red pepper sauce — and created birria quesa-tacos, mixing her handmade tortillas with cheese.

The tacos — $10.89 for a plate of four — along with the tamales and other Mexican specialties have been crowd pleasers. And just nine months after opening — amid a pandemic — Olvera is thinking about expanding.

“Things have gone out of control,” she said. “We are looking for a bigger place. We are in shock, but very happy.”

Customers who want to dine-in need to be patient as it is a small restaurant where food is made to order, Olvera said. “This is not fast food.”

The 6-foot distance between tables due to coronavirus restrictions also has made seating even more limited than usual.