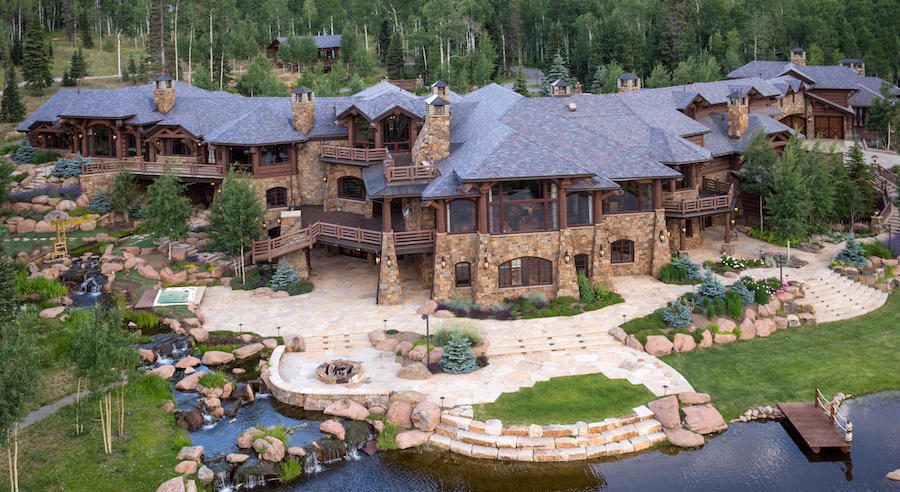 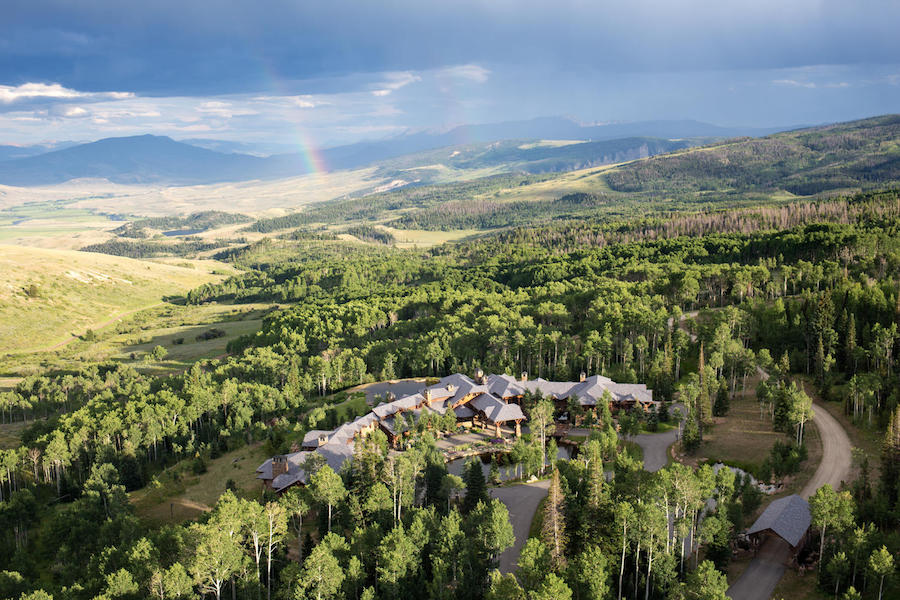 This truly spectacular 350 acre property about 2 hours from Denver, Colorado within the 18,000 acre shared ranch community of Grand River Ranch near Kremmling, Colorado has sold for $15 million. It’s known as Aspen Grove Ranch and was previously listed as much as $28.5 million. There’s more than 24,000 square feet of living space with 10 bedrooms and 19 bathrooms. Just a two hour drive from Denver and minutes from the jet accessible airport in Kremmling, the lodge was designed to conform to the land’s topography, as well as to capture the entire panorama and breathtaking views of the surrounding Gore and Williams Fork Mountain Ranges and of the expansive valley below.

Completed in 2007, renowned architect Jon Gunson skillfully brought the owner’s vision to reality with a private wing for the owners featuring a stream built to run directly below the master suite’s floor which can be viewed through a custom-built glass-top coffee table. There is also a spacious living area and a connected guest house. This led to the overall concept of three structures, placing the main house in the center with the master suite and guest house on each side, connected by bridges and each angled toward the three primary views. Only the highest quality finishes and furnishings were used throughout the lodge, making it a home of refinement, elegance and comfort.

In addition, dead standing trees were used for certain design and structural elements, lowering the environmental impact of construction. Some of the home’s notable features include 10 bedrooms, 19 bathrooms, a stone wine cellar, western style bar, enormous fireplaces, movie theatre, two automatic bowling lanes and a children’s performance stage and dressing room. The landscape plan is as stunning as the home’s interior, with a covered bridge, cascading waterfalls, ponds and stone decks. From these outdoor living areas, the splendor of the Rocky Mountains can be enjoyed – dramatic sunrises and sunsets, wildlife, rainbows and star gazing. The acreage also lends itself delightfully to hiking, horseback riding, hunting, cross-country skiing and snowmobiling. An unparalleled retreat has been created. Aspen Grove Ranch was on the market for $19 million with Brian Smith of Hall And Hall Partners. Photography and information found on agent’s listing.