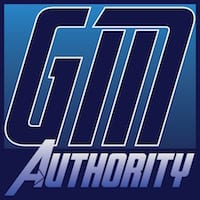 The current, second-generation Chevrolet Colorado was initially introduced for the 2015 model year, officially marking GM’s return to the midsize pickup truck segment. Since its introduction, the Colorado has clawed its way to the second best-selling spot in its segment, until the new Ford Ranger pushed it into third place. Though many were hoping that GM would give the Colorado a refresh, that never materialized. Instead, the truck got minor changes and updates throughout its lifecycle. Now, the 2021 model year delivers a few more noteworthy changes – such as a slightly-reworked front end, revised trim levels, packages and more. We’ve compiled a comprehensive guide on everything that’s new and different about the 2021 Chevrolet Colorado.

On the model line side, the 2021 Colorado does away with the base model. The deletion of the base Colorado trim level means that the Work Truck trim is now the base model. All other trim levels remain, including LT, Z71 and ZR2. Those hoping for a high-end LTZ or High Country trim are – unfortunately – out of luck.

On the outside, the most notable change for the 2021 Chevrolet Colorado is a slightly-revised front fascia:

As of this writing, photos of the Colorado WT, LT and Z71 are not available.

Three new colors join the color palette, while five others are deleted:

There are also some changes to the wheels and tires that are offered, as follows:

Since the Work Truck trim has been discontinued, so has the optional Work Truck Appearance package, which included:

Rounding out the changes is the deletion of the windshield shade band on all models.

Inside, the 2021 Chevrolet Colorado adds the auto-dimming rearview mirror as a standard feature on LT models. In previous model years, the feature was optional on the LT trims, with the manual day/night mirror being standard on LT, Work Truck and base models.

In addition, the LT model gets a new audio system in the form of the Chevrolet Infotainment 3 system with an 8-inch diagonal color touchscreen, AM/FM stereo, Bluetooth audio streaming for 2 active devices, voice command pass-through to phone, Apple CarPlay and Android Auto capable.

The rest of the truck’s cabin remains the same as in years past.

The remaining changes to the 2021 Chevrolet Colorado involve four packages, as follows.

Colorado RST package is deleted for the 2021 model year

Deletion of Colorado RST Special Edition, which was available on LT models and included:

Deletion of Colorado Trail Runner Special Edition, which was available on Z71 models and included:

The 2021 Colorado is as close as we’ll get to a midcycle refresh for the current, second-generation model. We expect the Chevrolet Colorado in its current form at least through the 2023 model year. At that point, the vehicle will be overhauled (redesigned and engineered) on an updated version of the same GMT-31XX platform, dubbed 31XX-2.

Though the ongoing COVID-19 outbreak has delayed various GM refreshes, pushing back the 2021 Traverse and 2021 Equinox to the 2022 model year, GM Authority has confirmed with GM spokespeople that the 2021 Colorado is still on track for its launch in spring 2020. Given that the GM Wentzville plant in Missouri is currently idled as a result of the virus, it’s unclear when the revised truck will actually come to market.

We’ll keep our ears to the ground and report back when we know more, so be sure to subscribe to GM Authority for the latest Chevrolet Colorado news, Chevrolet news, and ongoing GM news coverage.