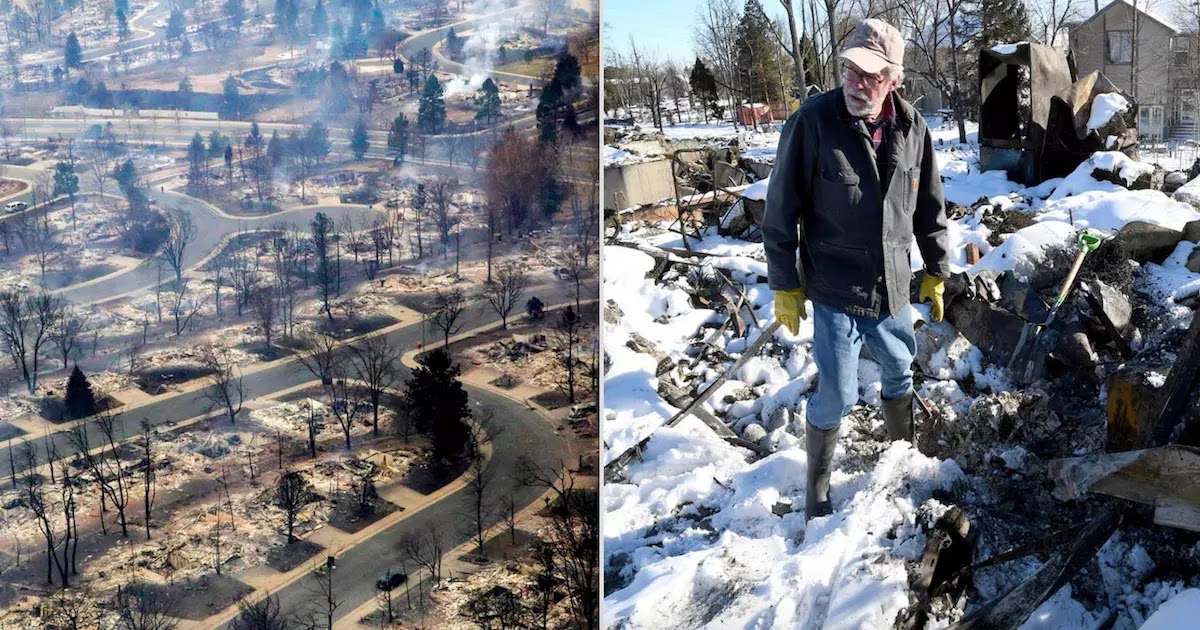 2 people are still missing after Colorado experienced its worst fires in history. It is believed that dogs have now been brought in to find the pair who it is feared have died in the blaze that engulfed the towns of Superior and Louisville, suburbs of the major city of Denver.

Around 1000 homes were destroyed in the fire, over 550 in Louisville and over 330 in Superior, and resulted in 30,000 people being evacuated to temporary accommodation. No deaths from the fire have yet been confirmed.

“The structures where these folks would be are completely destroyed and covered with about 8 inches of snow right now.”

The fires erupted suddenly on Thursday of last week but were soon extinguished by strong snowfall, quite where the fire started or what its original cause was is as of yet unclear. While Colorado does have wildfires, it is extremely rare for them to occur at this time of year. However, unusually hot temperatures and lack of snow and rain could have contributed to the fire. Some authorities have contemplated that the fires could have been started by fallen power lines, a position denied by the county, who said:

“Typically, communications lines (telephone, cable, internet, etc.) would not be the cause of a fire. The full investigation is still ongoing and we will share more updates as they become available.”

“Previous wildfires have mainly played out in mountain towns and remote national forests. These were grass fires that started out on the plains at the foot of the mountains and then blew in the neighbourhoods, burning from backyard to backyard across completely ordinary suburbs. Grass fires on the prairies around Colorado’s most populous cities aren’t really that unusual. But typically, they can be put out pretty quickly. What was different this time is the strength and persistence of the winds. People who lived out here their whole lives say they’ve never seen anything like the winds we saw Thursday. They gusted up above 110 miles per hour at times and didn’t let up for hours and hours.”

[Based on reporting by: euronews]