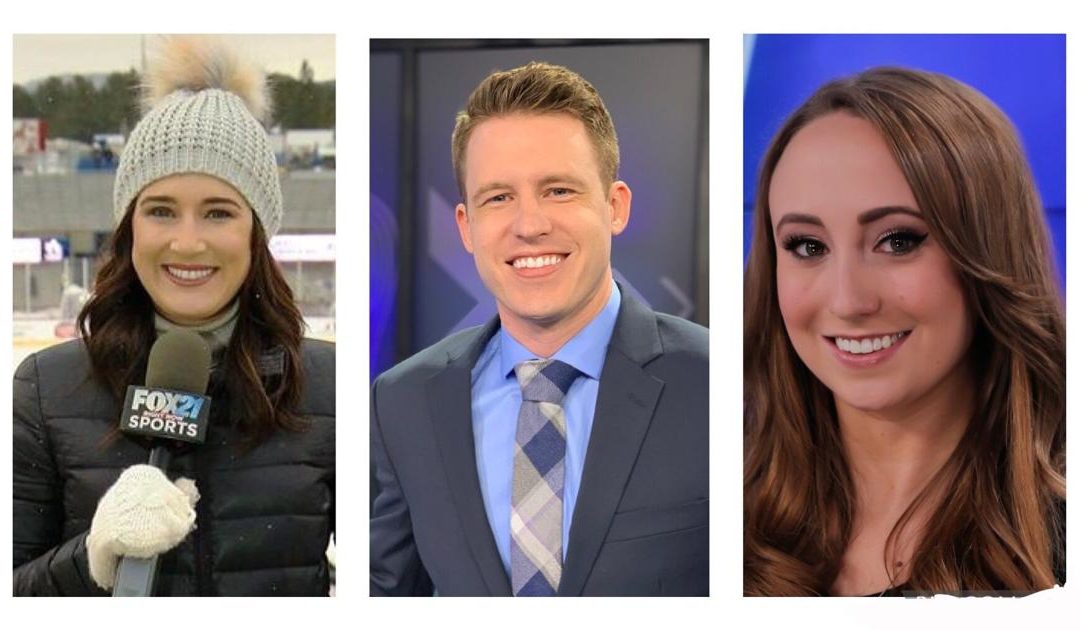 Viewers of Fox 21 news may have noticed two new faces on local broadcasts. Sarah Ferguson is the station’s new live and local morning reporter. Ferguson joined the team in April, she replaced Lauren McDonald who left Fox 21 in December for a job in Charlotte.

Ferguson is a UCCS graduate who interned at Fox 21 and later moved to various roles around the newsroom including news producer, reporter and fill-in anchor before being tabbed for her current position. In her free time, Ferguson loves to cook and enjoys spending time with her rescue dog, Lily. She loves baseball and football, and her favorite teams are the Colorado Rockies and Denver Broncos. When she can, Sarah enjoys playing on summer softball leagues with her friends.

Bouldin comes to Fox 21 after spending nearly four years at CBS affiliate KWTX in Waco, Texas. Prior to that, he covered sports at the CBS affiliate in Biloxi, Mississippi for five years.

Bouldin is a Texas native and a graduate of the University of North Texas. Bouldin’s mother, Genevieve, claims he wasn’t very good at sports during his high school days and wasn’t surprised to hear that he quit the varsity baseball team before his senior season to focus on the startup radio and television program. His father, Patrick, also confirmed that statement, saying he spent more time perfecting his overrated hairstyle than he did actually swinging a bat or throwing a ball.

Along with being extremely sarcastic, Bouldin enjoys watching hockey and can’t wait to explore more of the state of Colorado on his off days.