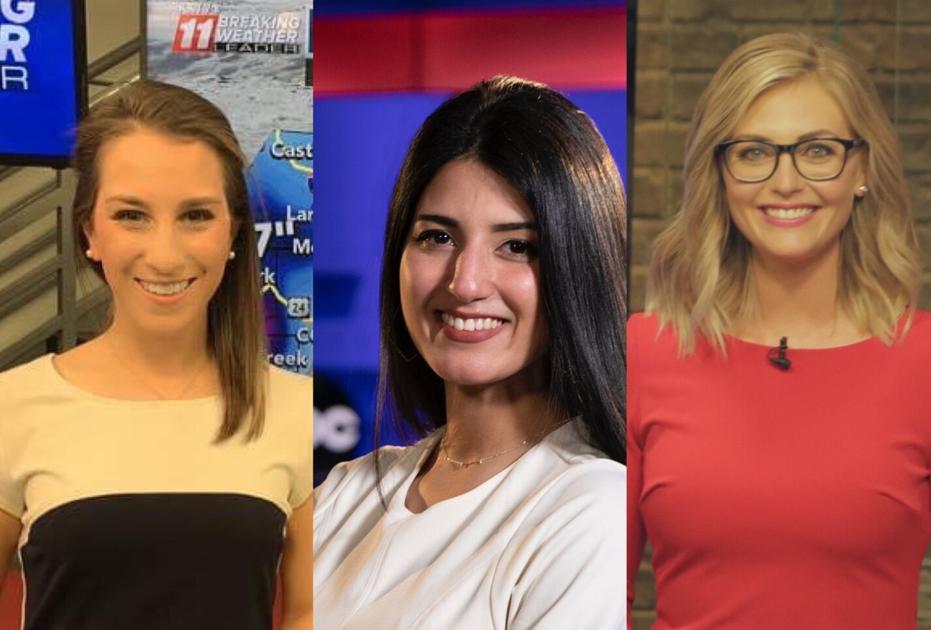 “Outside of work, I love socializing and staying active by running, hiking and my favorite, practicing hot yoga,” states Haddad, a Stephen F. Austin State University graduate, in her KRDO bio. “I also can’t wait to learn how to snowboard. When I’m not outside I love to read, watch sports and play my piano. Here’s to hoping live music returns soon.”

Boetsch comes to KKTV after working for Scripps TV’s National News Team as a freelance reporter and fill-in anchor on its national shows. She was also the host of “Good To Know,” a show promoting good news across the country.

Prior to that, Boetsch was in Jacksonville for six years working for First Coast News. She worked on the morning show, “Good Morning Jacksonville,” as a live reporter and anchor. She also covered several hurricanes. Boetsch got her start in television at KHQA-TV in Quincy, Illinois, working as a morning anchor, reporter, producer and weekend weather anchor.

“I am beyond excited to be working in gorgeous Colorado Springs as an evening anchor at KKTV 11 News,” states Boetsch in her KKTV bio. “My husband and I fell in love with Colorado when we came out here for a wedding in 2018. We knew that this was where we wanted to live and raise our family. So, in June of 2019 we packed up our house in Jacksonville, Florida and made the cross-country trip to Colorado while I was six months pregnant. Quite a change. I am no stranger to the snow, though. I grew up in the suburbs of Chicago and lived in Illinois before moving to Florida.”

While two new broadcasters make their debuts, another is leaving Colorado Springs. On March 3, KKTV meteorologist Lucy Bergemann announced on her Twitter and Facebook pages that she is leaving the station.

“My last day at KKTV will be this Friday, March 5th,” wrote Bergemann.”I am sad to go, but excited for new opportunities ahead. I won’t get too sentimental just yet since we have a few days left together, but I wanted to say THANK YOU to my amazing southern Colorado viewers for welcoming me into your homes and allowing me to grow these past four years.I hope you will all still follow along with my adventures. I can’t wait to share where I’m headed next soon.”

I am so excited to announce that I will be sharing the desk with @AdamAtchison as the new evening anchor at @KKTV11News in Colorado Springs! I have fallen in love with Colorado and am so honored to be able to be a part of this team and come into your home each and every night. pic.twitter.com/zf6unpKXg1