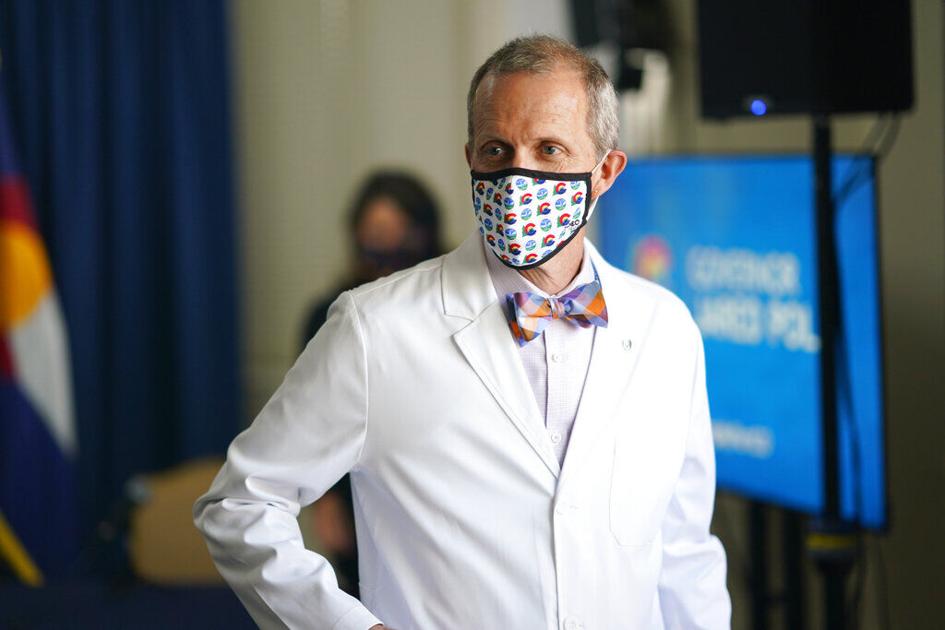 Two COVID variants might account for as much as 30% of the Colorado’s current caseload, a top health official said Thursday, a grim update in Colorado’s race to vaccinate its resident before the variants can drive up cases, hospitalizations and deaths.

In order to keep tabs on new COVID strains, the state has begun randomly testing hundreds of COVID-positive samples to see if they’re variant cases. Dr. Eric France, the state’s chief medical officer, said Thursday that roughly 22% of those random samples test positive for the California variant, and another 8% test positive for the United Kingdom variant.

France said the state can extrapolate those surveillance findings to the broader situation in Colorado, meaning roughly 30% of cases are attributable to those new variants.

Both of these new strains are listed by the state as “variants of concern,” meaning they spread easier, cause more severe disease, reduce the efficacy of treatments or vaccines, and are harder to detect.

The state cannot sequence every positive COVID test to look for variants, officials have said. But they are testing 5% of positives, a number officials have said is sufficient to demonstrate prevalence of these new strains. But their presence — and continued growth — in Colorado presents grim possibilities.

According to modeling conducted by researchers at the Colorado School of Public Health, the number of deaths and hospitalizations in Colorado could spike significantly in the coming weeks, should the variants continue to spread and if people begin to loosen up their behaviors such as masking and distancing.

The state, then, is in a race to vaccinate as many Coloradans as possible before the variants can wreak havoc. That’s compounded by the prospect of decreased transmission control: Even as the variants spread and pose serious concerns elsewhere in the world, the overall COVID situation here has stabilized, and officials here have spoken optimistically about further opening up the state in the coming weeks and months.

Hospitalizations, a key metric tracked by the state, have held at a stubborn plateau in recent weeks, after a steady decline since late November and early December. France said it wasn’t clear why hospitalizations remained largely stagnant, but he struck an overall optimistic tone about the situation here.

He called the plateau case numbers “very exciting.” Still, he urged some level of caution because of the variants.

France indicated that new guidance from the Centers for Disease Control and Prevention was imminent, though he said he didn’t know when or what the guidance would entail.

“But clearly, as more people are vaccinated, the CDC will help us determine under which situations might we not be wearing masks,” he said.

Now that vaccines are flowing and cases have plateaued at a lower level than seen in the fall, France, Gov. Jared Polis and others have been peppered with questions about the state’s mask order. Polis has suggested that his mask order will end sometime in early summer. France said Thursday that there are two levels to the masking discussion: a policy one from the state level, which may be loosened up in the coming weeks, and a personal one, undertaken by individuals.

The latter level, he added, could continue for some time, even after the state order is allowed to lapse.

Questions about masking have intensified as the state has repeatedly moved up its timeline for vaccinating the bulk of its resident. The effort will enter its penultimate phase Friday. The state will expand eligibility to its largest group yet and may number as many as 2.5 million people, officials have previously said. This latest group will include:

It’s unclear exactly how long this latest and largest group will take. But Polis and others have said in the past that each group will take a few weeks before the next eligibility population is allowed into the pool.

With the significantly expanded vaccine supply, Polis has said that the general public in Colorado — originally scheduled to begin receiving vaccines in June — will begin to have access in mid-April. By the end of May, he’s said, everyone who wants a dose here will have had the opportunity to receive one.

It’s that improved shipment size — as well as improved projections about future allotments — that’s allowed the state to open up general public vaccinations as early as they will.