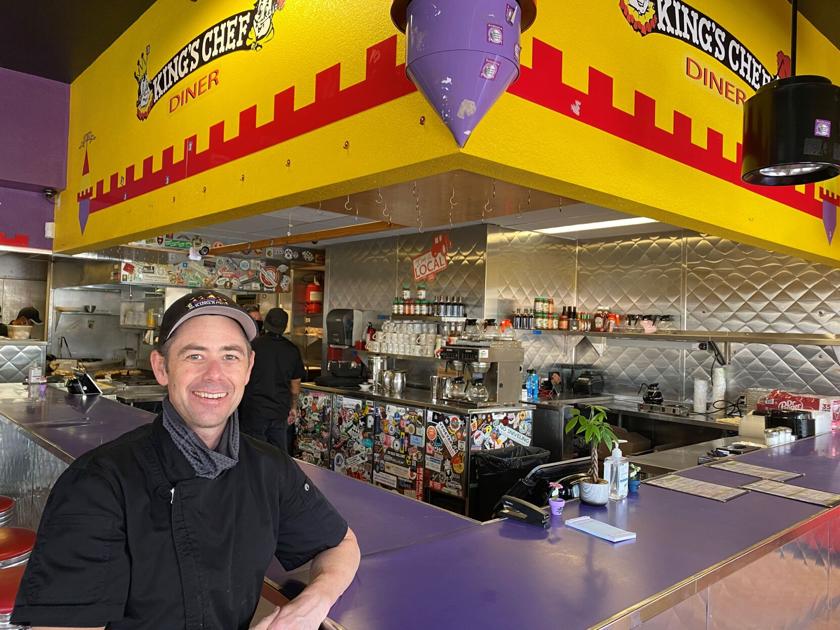 Two downtown Colorado Springs restaurants, King’s Chef Diner and Oscar’s Oyster & Patio Bar, have opened their doors in another sign that the downtown area is bouncing back from the COVID-19 pandemic.

The King’s Chef at 131 E. Bijou St., plus a second location at 110 E. Costilla St., shut down in March 2020 as Gov. Jared Polis ordered restaurants to close dining rooms to slow the spread of the pandemic. The diner’s Costilla Street location reopened in September, while its Bijou Street location reopened Friday. Oscar’s, meanwhile, opened Wednesday less than a block to the south at 112 N. Nevada Ave., formerly home to Brewer’s Republic, as owner Phil Duhon revived his Oscar’s brand.

“We’re excited to be back in the community and are grateful for the support we have received from our customers,” King’s Chef owner Gary Geiser said Wednesday as the restaurant celebrated its grand reopening. “While we opened our other location in September, we didn’t really want to push the envelope on this location because we didn’t know where the state, nation or vaccination rates were going.”

Geiser spent the last few months renovating the East Bijou Street location by refinishing floors, removing several tables that reduced the dining room capacity by about one third to 80 and other cosmetic changes.

King’s Chef Diner reopened its location at 131 E. Bijou St. Friday after closing nearly 14 months ago during the early days of the COVID-19 pandemic.

The menu initially will include customer favorites such as the restaurant’s burrito and “Grump,” a 2-pound mixture of hash browns, cheese, meat, eggs and sausage gravy or green chili, as well as other breakfast dishes and burgers, and will expanded this summer, Geiser said.

Despite reports of labor scarcities, the biggest challenge in reopening wasn’t hiring — Geiser brought back three King’s Chef employees and hired five more without much difficulty — but rather equipment failures.

A water heater and a grease interceptor had to be repaired because they sat idle for more than a year, delaying the restaurant’s reopening by a month, he said. Both locations operate from 8 a.m. to about 2 p.m. Wednesday through Sunday.

King’s Chef Diner customers take in a meal during the restaurant’s grand reopening Wednesday at 131 E. Bijou St. after remaining closed for nearly 14 months during the COVID-19 pandemic.

Duhon acquired the Brewer’s Republic bar in December 2019, but it closed just three months later amid the statewide “stay-at-home” order. He spent the last month renovating the space, including cleaning up the patio area, repainting furniture, replacing awnings, installing new beer taps and installing the “Black Bar” from his Oscar’s on Tejon location that closed in 2019 at 333 S. Tejon St.

Duhon hired a former chef from the previous Oscar’s, Troy Larrabee, and two other Oscar’s alumni and 12 to 15 new employees to staff the new restaurant, which offers, of course, oysters as well as Cajun po-boy sandwiches, burgers, chicken wings and pizza and will operate from 11 a.m.-2 a.m. Tuesday through Sunday.

“We are excited to be back downtown again and offering our old favorites,” Duhon said.