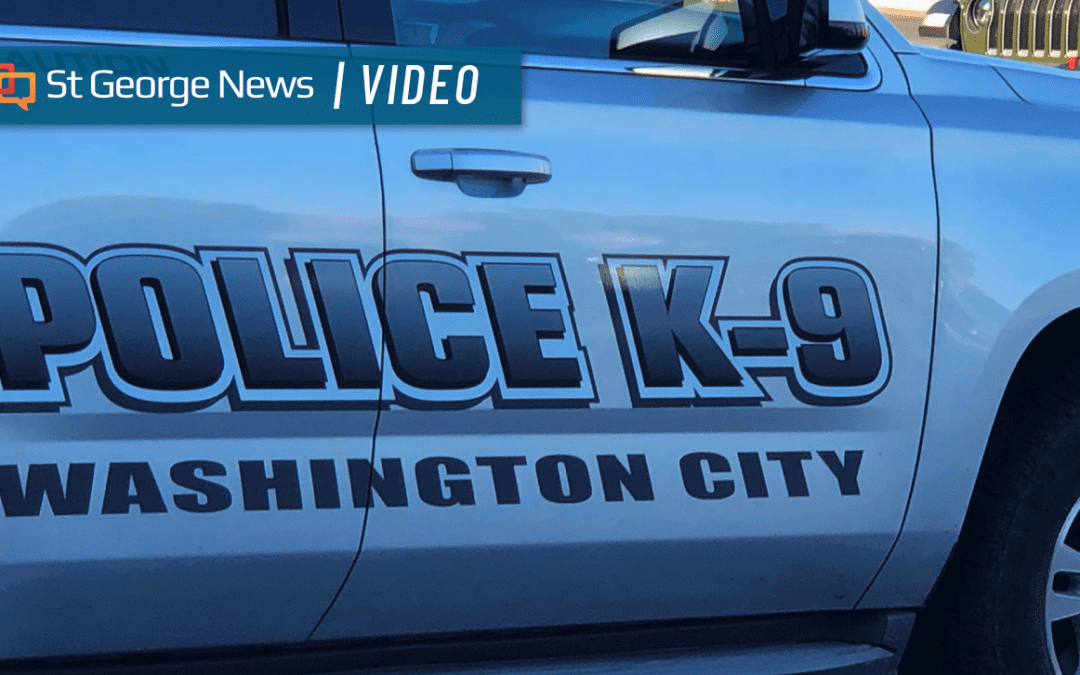 ST. GEORGE — Washington City officers recovered more than 16 pounds of heroin during a traffic stop Sunday, a drug seizure set in motion when a driver allegedly attempted to create a diversion after dropping his passenger off at a gas station with a backpack full of narcotics.

The incident took place just after 10 p.m., when an officer was stopped on northbound Interstate 15 near mile marker 12. The officer noticed the driver in a black passenger car look his way and then quickly take the off-ramp at Exit 13 and continue into the parking lot of the Maverik on North Hoodoo Way in Washington City, according to the probable cause statement filed with the court.

The passenger then got out and went into the store, the report states, while the driver drove out of the parking lot and quickly accelerated through a stop sign. The officer, who was stopped nearby, said the maneuver was “extremely concerning” and led him to believe the driver was intentionally trying to divert the his attention away from the passenger he just dropped off.

After noticing the car had a license plate issued out of Colorado, the officer’s suspicion grew, the report states, considering the driver had left his passenger at a gas station “in a state that neither of them resided in.”

The officer stopped the car on Washington Parkway for running the stop sign, and as he approached on the passenger’s side, the driver quickly got out and was looking toward the gas station.

Police say the suspect was also breathing heavy and sweating and displaying signs of “extreme nervousness.”

The officer told the driver to get back in the car, at which point police say the suspect began looking around as if someone was coming after him.

The suspect, later identified as 25-year-old Cesar Aguayo Montes, handed over his driver’s license issued out of Colorado. When he was asked why he left the female passenger at the gas station, Montes allegedly said he and the girl were arguing, so she decided to get out and find another ride back to Colorado.

The driver was asked to exit the car while a K-9 unit responded to assist. While the officer was writing up a warning for the stop sign violation, the dog conducted an exterior sniff around the car, which is when the animal indicated to the possible presence of narcotics.

Officers began a search of the vehicle while another police officer went to the gas station to look for the passenger, as well as for the black backpack she was seen wearing when she entered the store minutes earlier.

Officers returned with the passenger, later identified as 23-year-old Angelica Alonso-Rodriguez, along with the Adidas backpack.

Armed with a search warrant, the officer looked inside the backpack, and inside the main compartment he located 12 large bundles, each wrapped in electrical tape. Under the tape officers found vacuum sealed bags containing a black tar-like substance that later field-tested positive for heroin.

The combined weight came to 16.8 pounds with an estimated street value of nearly $882,000, the officer noted.

Nothing illegal was found during a search of the vehicle.

Washington City Police Chief Jason Williams said the large seizure was making its way through Utah and was destined for Colorado.

Both suspects were taken into custody and declined to make any further statements to police before being transported to Purgatory Correctional Facility and booked into jail, each facing one second-degree felony count of possession with intent to distribute a controlled substance and misdemeanor possession of paraphernalia.

The officer also noted that both suspects made phone calls to family members living in Mexico from the jail. He requested they be held without bail.

Ed. Note: A new Utah law generally prohibits the release of arrest booking photos until after a conviction is obtained.

This report is based on statements from court records, police or other responders and may not contain the full scope of findings. Persons arrested or charged are presumed innocent until found guilty in a court of law or as otherwise decided by a trier-of-fact.