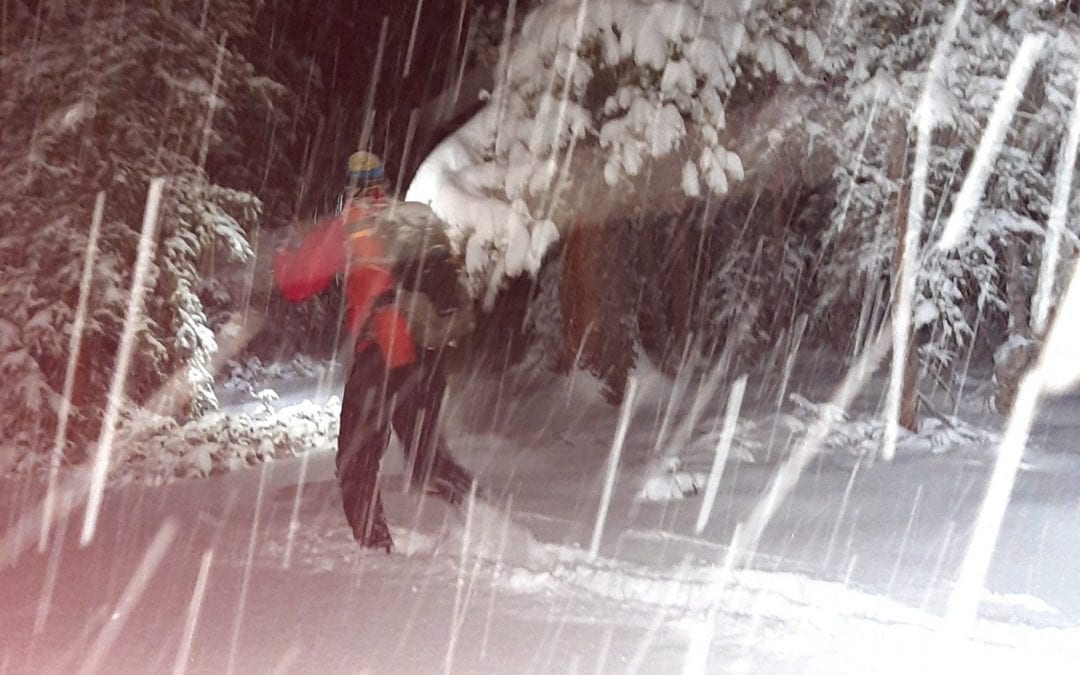 The hikers were at 12,800-feet on Mount Elbert when a blizzard swept in, creating whiteout conditions and causing them to lose the trail. Thankfully, they had cell service and were able to call for rescue.

“These gentlemen were lucky enough to have cell service the entire time and we were able to contact them regularly. Stuck on a pretty steep face and they couldn’t move. Definitely a risky evening for us to even be out there.”

The hikers made a number of mistakes, according to rescuers. They set off too late in the day and were wearing jeans and tennis shoes, inappropriate clothing.

“They had inadequate footwear, so they had tennis shoes. They were wearing wool socks. One of them was in jeans. It could have been disastrous for them. I will say their odds of survival without us showing up were pretty low.”

One of the hikers lost a tennis shoe in the deep snow, trudging for hours down the mountain in 20º temperatures with just one shoe.

By 5 am the next morning, the rescue teams got the hikers off the mountain and into the care of emergency medical staff.

The rescuers reminded hikers that “the consequences for not being prepared are very high,” and it’s important to check the weather conditions before embarking on a trek up a mountain.

“Be prepared for harsh cold weather and shorter days. ALWAYS check the forecast, plan for conditions, and pack the 10 essentials.”

Mount Elbert is the highest summit of the Rocky Mountains of North America and the highest point in the US state of Colorado and the entire Mississippi River drainage basin. The ultra-prominent 14,440-foot fourteener is the highest peak in the Sawatch Range and the second-highest summit in the contiguous United States after Mount Whitney. Mount Elbert is located in San Isabel National Forest, 12.1 miles southwest (bearing 223°) of the City of Leadville in Lake County, Colorado.