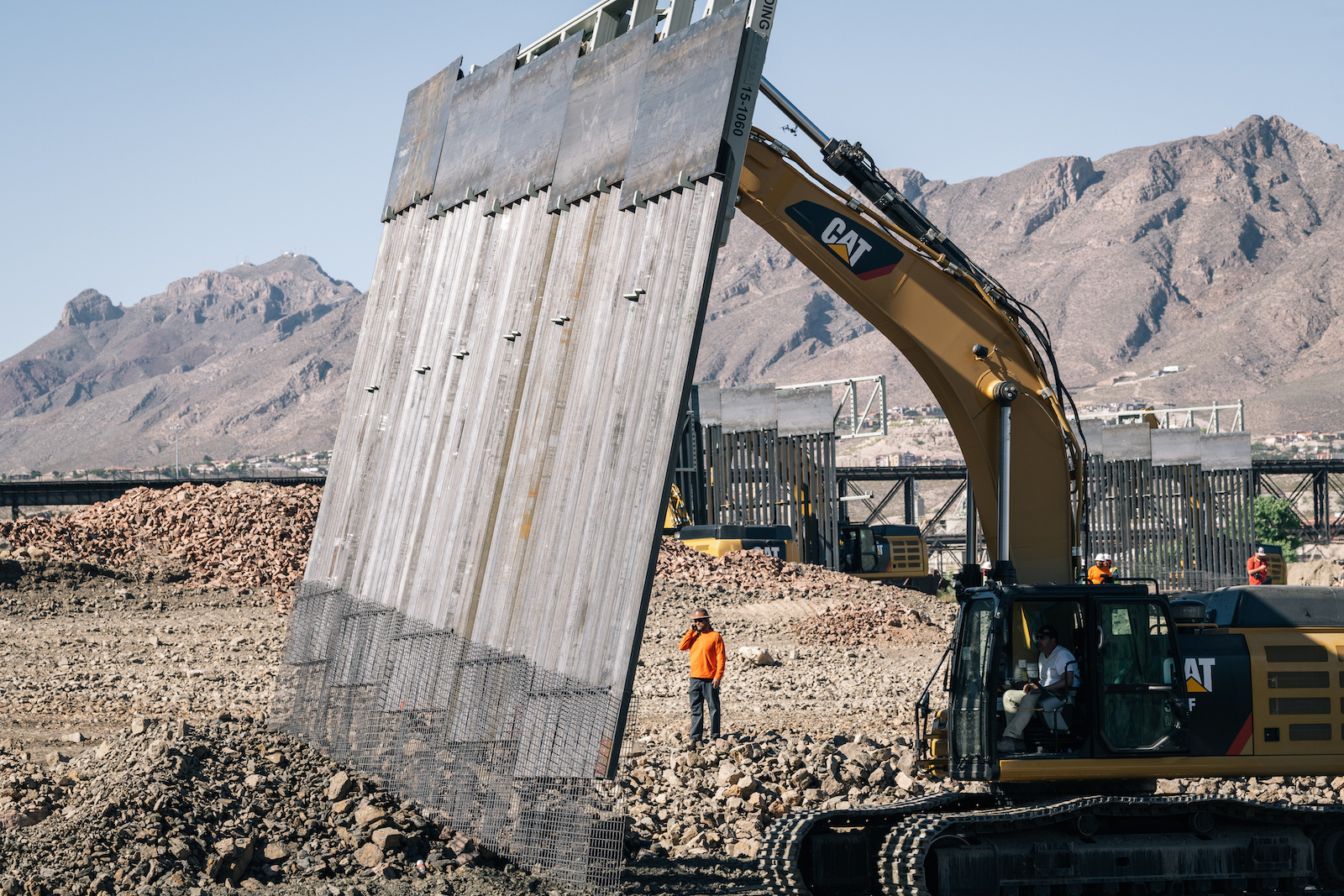 The seemingly never-ending legal efforts against the Trump administration’s construction of a southern border wall continued on Tuesday afternoon with a federal lawsuit filed by 19 U.S. states.

The 77-page lawsuit — which was filed in U.S. District Court for the North District of California — takes issue with the administration’s latest diversion of defense funds to construct the border wall, and claims that the plaintiffs seek “to protect their residents, National Guard units, natural resources, and sovereign and economic interests from the harm caused by President Donald J. Trump’s flagrant disregard of fundamental separation of powers principles ingrained in the United States Constitution.”

Last month, the Pentagon informed Congress of its plans to divert $3.8 billion in defense funds to help with wall construction along the southwest border, per the terms of the national emergency that President Donald Trump declared last year over illegal immigration and the security situation at the border. The decision was criticized by congressional Democrats as well as the top Republican on the House Armed Services Committee, Mac Thornberry (Texas), who is not running for re-election.

The states’ lawsuit goes on to say that the states are injured because the redirected Pentagon funding set to be used for the wall includes money that would have otherwise gone toward military projects in their states or toward gear for their National Guard units.

Furthermore, the states also claim that “diversion of any funding toward construction of a wall along California’s and New Mexico’s southern borders will irreparably harm the sovereign interests of those States due to the environmental damage to their natural resources that construction will cause.”

In addition to the separation of powers claims, the states’ lawsuit also accuses the Trump administration of violating the Constitution’s Appropriations Clause, of acting beyond its legal authority, as well as committing violations of the Administrative Procedure Act and National Environmental Policy Act.

“President Trump is risking the safety of every American by diverting taxpayer dollars from our military to fund the same xenophobic campaign promises he’s made for the last four years,” said New York Attorney General Letitia James in a statement on Tuesday. “We will not stand for this abuse of power and will fight it using every tool at our disposal.”

Last year, the Supreme Court handed the Trump administration a win on the subject of a previous funding diversion, allowing wall construction to continue despite a lawsuit bought by the American Civil Liberties Union, the Sierra Club and the Southern Border Communities Coalition. The groups also filed a new lawsuit against the administration over the latest funding diversion last week.

Members of Congress have also tried to stop the funding diversion by forcing votes on two resolutions to terminate the president’s national emergency declaration, but those efforts failed to overcome the Trump’s veto both times.