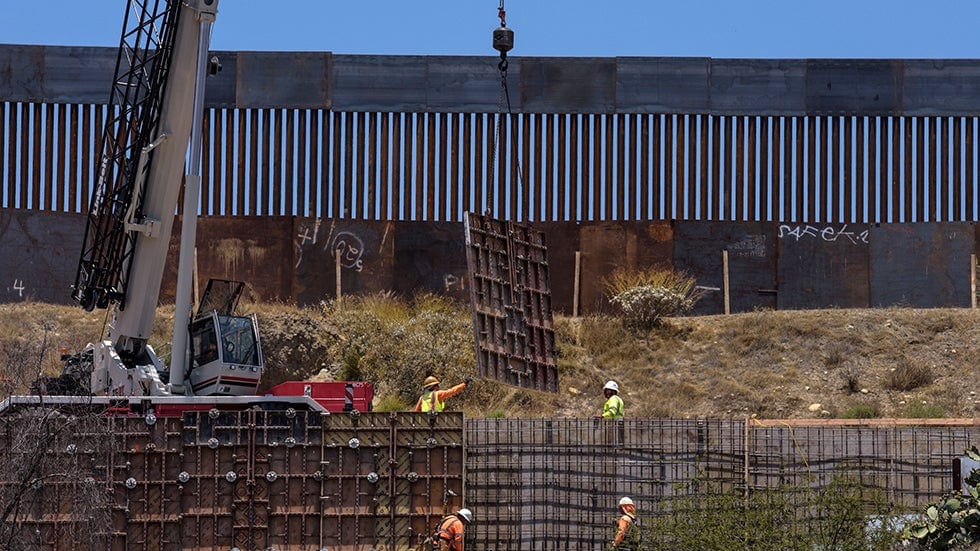 A coalition of 19 states is suing the Trump administration over its new diversion of $3.8 billion in defense funds to the border wall, arguing that the move is unconstitutional and ignores possible environmental impacts.

“Use of these additional federal funds for the construction of a border wall is contrary to Congress’s intent and in violation of the U.S. Constitution,” said the lawsuit, which was filed in federal court in California on Tuesday.

Donald John TrumpSanders poised for big Super Tuesday 5 things to watch on Super Tuesday Congress scrambles to finalize coronavirus funding, surveillance deals last year declared a national emergency and announced that he would reallocate Department of Defense (DOD) funds for construction of the border wall after Congress did not allocate as much money as he wanted for the project in the federal budget.

This month, the Pentagon informed Congress that it would transfer an additional $3.8 billion to be used for the wall, with money coming from weapons programs.

The 19 states are arguing that the new allocation is unconstitutional because it violates the separation of powers as well as Congress’s power of the purse.

They also argue that the administration does not sufficiently evaluate the environmental impacts of the project and that this violates a bedrock environmental law called the National Environmental Policy Act (NEPA).

“President Trump is risking the safety of every American by diverting taxpayer dollars from our military to fund the same xenophobic campaign promises he’s made for the last four years,” said a statement from New York Attorney General Letitia James, one of the 19 attorneys general suing the administration.

The suit says environmental harm will particularly be caused to some of these states where the wall is being built, including “the blocking of wildlife migration, flooding, and habitat loss” in New Mexico.