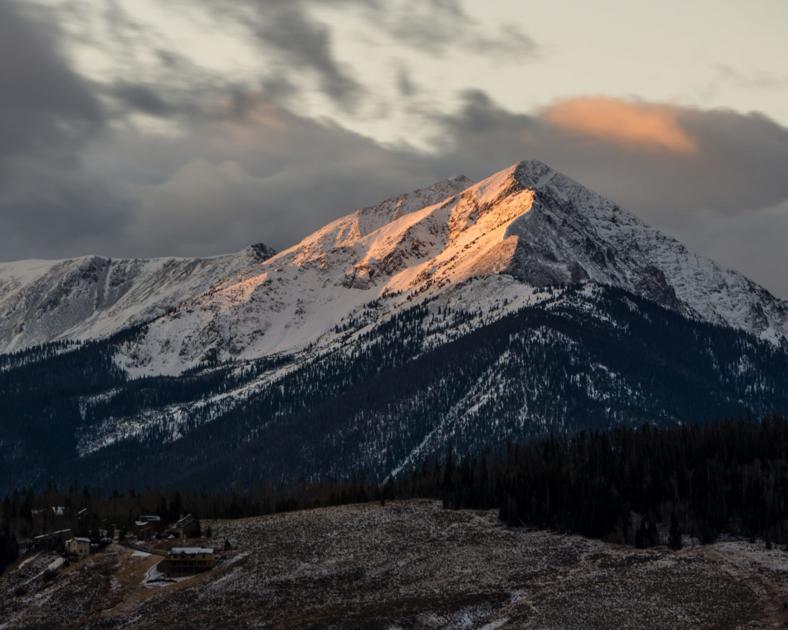 Strong wind, heavy snowfall, hail, and rain are expected throughout parts of Colorado during storm systems forecast to move throughout much of the state Sunday and through the coming days.

In portions of south central and southeast Colorado, a storm will move in Sunday and throughout Monday bringing widespread rain and snow. Accumulations are forecast 10 to 18 inches of snow across higher elevations including Rampart Range and Pikes Peak near Colorado Springs. The Wet Mountains, in Custer and Pueblo counties, is forecast 4 to 8 inches of snow, the National Weather Service in Pueblo reports.

Portions of central, east central, south central, and southeast Colorado are forecast strong to severe thunderstorms, including locations along and north of a line from Colorado Springs to Springfield between 1 PM and 9 PM Sunday. The strongest storms can produce large hail of 1 to 2 inches in diameter, along with 60 to 70 mph wind gusts. Winds may also produce patchy blowing dust reducing visibilities.

Several boundaries producing strong winds to around 50 mph, even away from the t-storms, are moving across the eastern plains at this times. Blowing dust with significantly reduced visibility will be possible with these strong winds. #cowx https://t.co/85xBGRYvN2

At about 1:30 PM, golf ball-sized hail was reported in eastern plains near Security, Falcon, and Ellicott, east of Colorado Springs.

Golf ball size hail is now being reported with this severe warned storm! If you are in the path of this storm, please take cover now! #cowx https://t.co/SqIHDH77U6

The potential for moderate to heavy rain could produce flooding over the burn scars of the southeast Colorado mountains late Sunday, the weather service said in a hazardous weather outlook.

All be it low confidence there is still a potential impact of heavier rains across a few of our burn scarred areas very late tonight. #cowx #cofires pic.twitter.com/W3Mh0eVhsc

While much needed precipitation is likely throughout Colorado, critical fire weather conditions are expected Sunday over the San Luis Valley before the storms. Elements including low humidity values and gusty winds increase the threat for optimal fire weather, the weather service said.

Showers and thunderstorms are developing over the mountains and foothills early Sunday in northeast and north central Colorado. Scattered storms will spread over the plains through Sunday evening, increasing the potential for damaging winds up to 70 mph and hail up to 1-inch in diameter, another weather outlook said.

⛈🌩Severe weather, including thunderstorms, is expected this afternoon near DEN and delays are possible. If you’re flying into or out of Denver, double check your flight status with your airline #cowx

The threat for flash flooding is possible if strong thunderstorms track over burn areas because up to a 0.5-inces of rain is possible. Precipitation will become more widespread over the lower foothills and adjacent plains Sunday evening.

Heavy snowfall over the higher mountains along and east of the Continental Divide is expected late Sunday, along with some mix of rain and snow for the foothills and rain showers across the plains.

Gusty winds and low relative humidity will result in critical fire weather conditions in southwest Colorado Sunday evening. Scattered showers and storms are possible along and north of Interstate 70 late Sunday. Some storms may produce gusty winds and small hail.

Showers and storms spread across the entire area of western Colorado and eastern Utah late Sunday. The system will result in more showers and storms Monday into Tuesday, a hazardous weather outlook said. Mountain snow may result in 2 to 6 inches in areas above 10,000 feet of elevation.