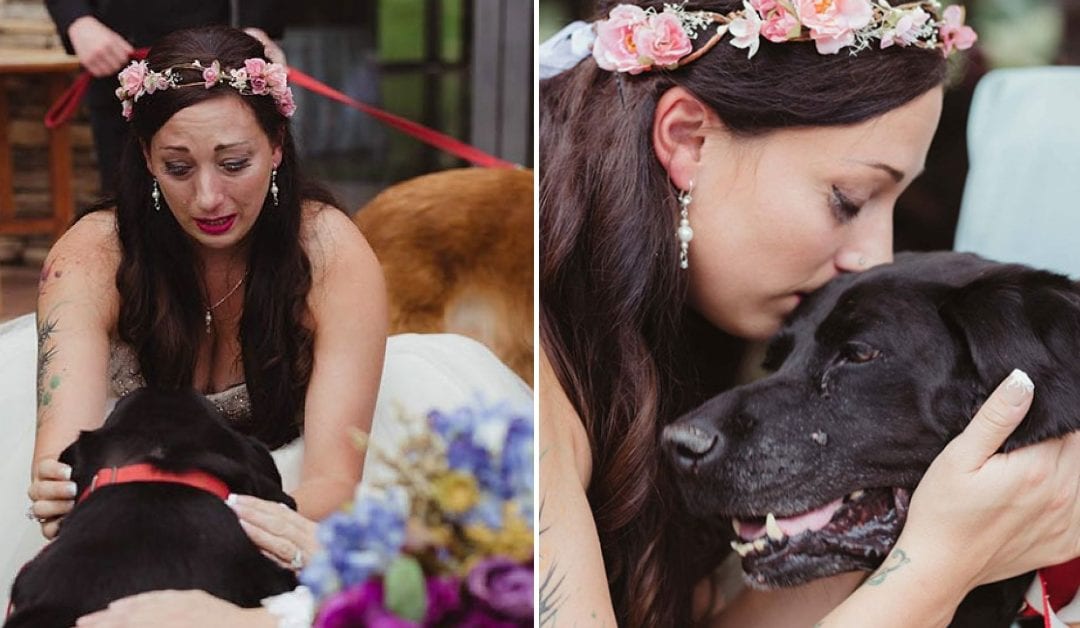 Dogs are, without question, the most loyal and kind creatures on Earth. And the bond that connects a human and his four-legged companion is hard to be described by words. And this lovely story is all about the love, respect and the deep connection a human and a dog can share.

Kelly O’Connell and her beloved pup, Charlie Bear, have met 15 years ago. Back then, the 19-year-old woman was doing volunteering work at a local animal shelter in New York state. Charlie was just 12-week-old when arrived at the shelter, after some people found him in a shopping cart, freezing. Even though Kelly wasn’t looking to adopt a dog at that time, when she saw the little one she knew it was meant to be. “He came in, and I was like, ‘Yup. I’m taking this puppy home,’”she recalls.

After a few years, Kelly, who meantime graduated the veterinarian school moved to Colorado where she met James Garvin(also a veterinarian). It was love at first sight and shortly after they’ve met, they decided to move together(and Charlie too, of course). It didn’t took too long until, Kelly and James decided to marry. Of course, they wanted Charlie to be there too. But unfortunately, the 15-year-old dog had been diagnosed with a brain disease. His condition was getting worst and he was very weak.

His human parents feared he won’t be able to be there on their wedding day. “I had actually made an appointment for somebody to come to the house and we were going to put him down a week before the wedding, because he had had five seizures and we were just like ‘this is too much, I don’t want to do this for him anymore,” Kelly said.

Miraculously, a week before the wedding, Charlie started to feel better. “Eventually, it was almost as if he was like ‘no I want to see this,’” the woman said. “He got better. [He] seemed like a whole new dog.”

Charlie did attend the wedding of his favorite humans and the moments they shared were so touching. Thankfully, the adorable scenes were captured on camera by the wedding’s photographer, Jen Dziuvenis.

“There isn’t enough mascara in the world for these moments,” Jen said. “This is what love looks like. Love for family, love for animals…It was just the most touching display of that that I’ve seen.”

A week after, Charlie was put down and died peacefully, surrounded by his loving family. He’ll always be in Kelly and Jason’s memory! “It was a phenomenal 15 years. That’s for sure,” Kelly said.