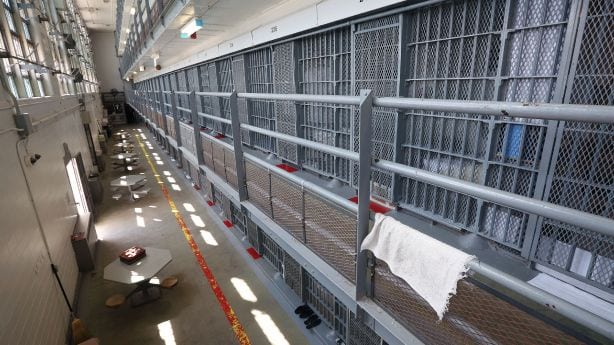 SALT LAKE CITY — A total of 14 inmates have tested positive for the coronavirus while in the Salt Lake County Jail, the sheriff’s office said Wednesday.

Yet three more contracted the virus after being exposed to it inside the jail’s walls, county health officials have determined.

Just one of the inmates confirmed to have the virus remains in isolation, a figure Salt Lake County Sheriff Rosie Rivera called “a reflection on the proactive measures we have taken to mitigate the spread.”

Rivera’s office said 13 other cases have resolved, but did not specify in a news release whether those inmates have recovered. Still, 54 others in the jail are being monitored and are under a quarantine order.

The 14 who tested positive while jailed amounts to a 1% rate of infection, Rivera noted.

But it does not capture those who have fallen sick after their release from the jail’s two locations.

Based on the timing of their symptoms and those they have spent time with recently, an additional three people with the virus were likely exposed at the jail, said Salt Lake County Health Department spokesman Nick Rupp.

He said the department does not track how many inmates are tested.

The numbers released Wednesday were the first in three weeks to shed light on the spread of the virus at the jail — the only Utah correctional facility to report confirmed cases so far.

Rivera reported earlier this month that seven employees had the virus, but did not provide an update on that number Wednesday. She said many who tested positive for COVID-19 have recovered and returned to work and she expressed sympathy for employees still battling the illness.

Judges in Salt Lake County have ordered the release of more than 200 low-level offenders from the jail, a group deemed low-risk by defense attorneys and prosecutors. But the ACLU of Utah and the state chapter of the Disability Law Center say that’s not enough.

Those groups have filed a petition seeking the release of more inmates, including those older or with health conditions that make them more vulnerable to becoming seriously ill if infected.