13 charts that show how Colorado has fared during coronavirus 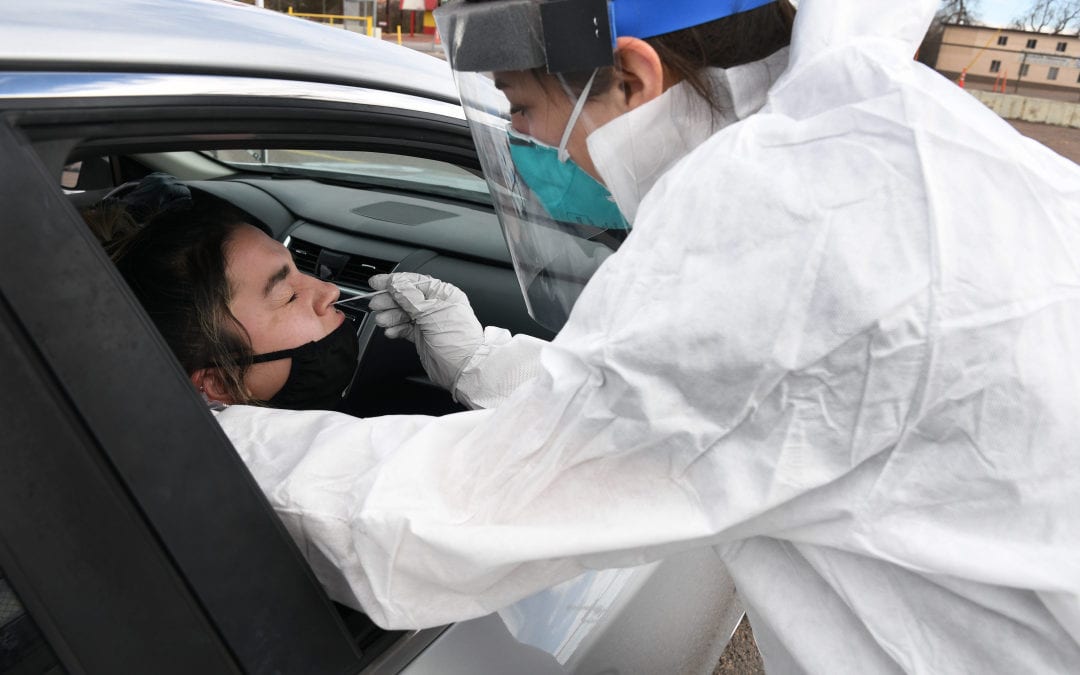 More than a year in now, public health officials still find themselves surprised at some of the tricks that the SARS-CoV-2 coronavirus that causes COVID-19 can pull.

“We certainly haven’t seen any virus that behaves like this in our lifetime,” said Jill Hunsaker Ryan, the executive director of the Colorado Department of Public Health and Environment.

So, given the scope of the crisis and the unknowns involved, it would be a mistake so say that any state has handled the pandemic well. But some states have clearly done better than others. And the one-year anniversary of Colorado’s first case — which was last Friday, March 5 — provides an opportunity to see how Colorado weathered the past year and how it compared to the rest of the nation.

These 13 charts tell the story.

One in four Coloradans may have been infected

There have been slightly more than 430,000 confirmed coronavirus cases in Colorado. But because so many cases are asymptomatic and so many cases hit during periods when testing capacity was strained, we know there were likely many more than that.

How many more? The team of Colorado School of Public Health and other university researchers that created a mathematical model to chart the course of the pandemic have estimated an answer. They believe approximately 1,585,000 Coloradans have been infected by the virus. Of those, they estimate that around 1,267,000 Coloradans — about 22% of the state — retain some natural immunity as a result of infection.

Colorado had lower case and death rates than most surrounding states

Colorado had the second-lowest rate of deaths among people with coronavirus infections among surrounding states, behind Utah.

For most of the pandemic, Colorado has been in the middle of the pack or better nationally in terms of case rate. The exception was in the fall, when the state experienced an enormous surge that briefly made it one of the nation’s COVID-19 hotspots.

Colorado hit its peak earlier than most states

That fall wave meant Colorado peaked sooner than most other states in the country, according to data kept by the COVID Tracking Project, an effort by The Atlantic magazine. Colorado’s peak for new cases thus far came on Nov. 12, when the state recorded 6,773 new cases in a single day. The following week was the peak for the state’s highest number of cases in a single week. Both put Colorado ahead of the curve nationally.

Hospitals avoided major stress, for the most part

One of the abiding fears of the pandemic has been that the state could overwhelm its hospital capacity, leading to even more deaths among patients who might otherwise be saved.

Hunsaker Ryan and Gov. Jared Polis have called avoiding this scenario their North Star — the thing guiding all decisions on restrictions. And, so far at least, Colorado has been successful at avoiding the dire circumstances seen in other states.

Colorado didn’t run out of ventilators and only briefly during the pandemic has seen more than half of its critical-care ventilators in use. The state has not yet had more than 90% of its intensive-care hospital beds in use.

Things got pretty scary in the fall — Polis has said the state was days away from having to activate its field hospitals. And while the state did implement some emergency plans around hospital staffing and protective equipment, it has not yet had to activate hospital crisis standards of care that would decide which patients receive life-saving treatment and which do not.

Colorado had a lower death rate than the nation

After the first, spring wave, Colorado’s death rate from COVID-19 tracked lower than the national average. Had Colorado followed the nation’s death rate, the state would have seen an additional 3,000 deaths so far, said Dr. Rachel Herlihy, the state epidemiologist.

She credited the state’s policies and behaviors around mask-wearing and social distancing.

“All of those things made a difference,” she said. “We saved more lives here in Colorado.”

Colorado has five counties with no reported deaths from COVID-19, and several others with fewer than five deaths. But it also has three counties where the death rates calculate out to more than 3 deaths per every 1,000 people.

Often, in small counties, these high rates are driven by outbreaks. Crowley County saw outbreaks at a prison and a nursing home that, combined, added 142 cases to the small county’s total.

Older Coloradans bore the brunt of the virus

This shows why state health officials have been focused on getting the vaccine first to older Coloradans. And that, in turn, explains why people age 60 and older make up the majority of those who have received a vaccination so far.

At one point early on in the pandemic, more than half of the patients hospitalized in Colorado with COVID-19 were Hispanic, even though Hispanic Coloradans make up only about 22% of the state’s population.

Those statistical disparities have lessened as the pandemic continued on, and cases and deaths for Black and Hispanic Coloradans are now tracking closer to their share of the population. But inequities remain, especially when it comes to vaccination.

Back in the earlier days of the pandemic, Polis talked about the need for the state to be able to run tens of thousands of coronavirus tests per day. And then, for weeks after, as people struggled to get tested and get results back in a timely manner, that looked like a hopeless goal.

But Colorado can now easily do what Polis a year ago proposed. The state’s record for tests run in a day at private labs and the state health lab is 66,690 tests, run on Nov. 25.

Colorado had once been among the national leaders in rolling out coronavirus vaccinations. It’s since slipped back into the pack as other states have ramped up their efforts.

But the state has now passed the 1 million mark for people who have received at least one dose of vaccine. And the Centers for Disease Control and Prevention estimates the state has gotten vaccinations to nearly 25% of its population 18 and older.

(Note: The chart below was made using data reported as of March 5. The numbers have risen for all states since then, as data from vaccination clinics over the past week have been added.)

The unemployment rate hasn’t bounced back like in other states

But Colorado’s rate is notable because it hasn’t dropped back down significantly the way it has in other states. The state’s unemployment rate in December was a preliminary 8.4%, the fourth-highest in the nation. A study by the personal finance website WalletHub put Colorado near the bottom in terms of its COVID economic recovery.