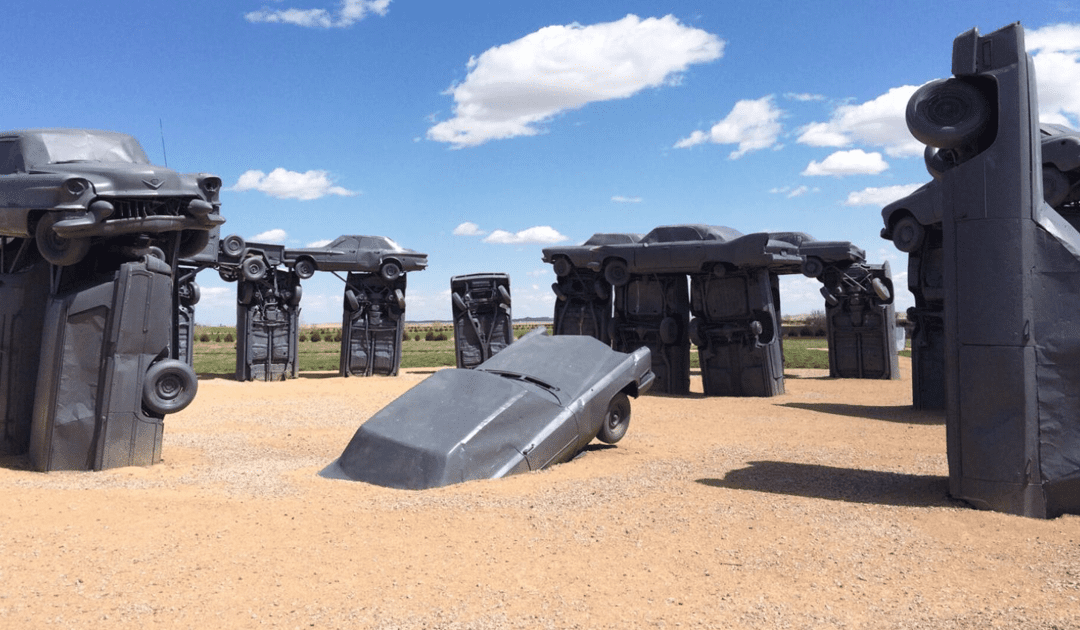 Roswell, New Mexico is known for being in the area of where a UFO allegedly crashed in 1947. It’s not surprising for visitors to report unusual sightings in the area, particularly in the night sky. Peek inside the Area 51 Museum to see life-size alien replicas, crawl inside a saucer, and even examine an alien autopsy.

Fossil Cabin could be the world’s oldest building – but not for the date it was built, due to its structure of bones – literally. The walls of Fossil Cabin are primarily built with dinosaur bones mined from Como Bluff, one of the richest fossil beds in the world. The structure is made of nearly 6,000 bones.

There’s a dizzying mansion in Wyoming’s Wapiti Valley. The Smith Mansion was built by engineer Lee Smith who aimed to build a house for his family. Once the home was completed, Smith apparently couldn’t stop building. He repeatedly added more floors, winding staircases, and balconies.

Author’s Note: The Smith Mansion is private property. Respect the area by taking in the views from the roadway.

This stone garden in Utah features 12 sculptures and more than 70 stones with engraved Morman scriptures, poems, and literary texts. One of the most intriguing creations is a sphinx with the head of Joseph Smith, founder of the Mormon Faith.

The “center of the universe” apparently lies in downtown Tulsa. It’s a site where an acoustic anomaly occurs, marked by a concrete circle inside a larger circle of bricks. Visitors are supposed to stand in the center of it, make a noise, and listen as the sound echoes back even louder. Those outside of the circle reportedly can’t hear the noises from within the brick circle.

Constructed in 1970, the Spiral Jetty in Utah shows only during certain conditions. The spiral was built with mud, salt crystals, and basalt rock and reaches 1,500 feet long and 15 feet wide from the north shore of Great Salt Lake. Recent years of drought have revealed the Spiral Jetty since it was submerged decades ago.